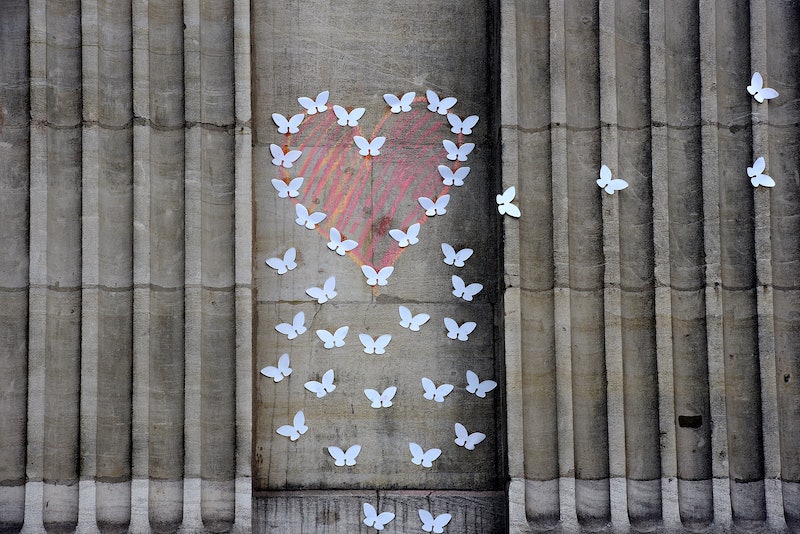 In the wake of Tuesday's terrorist attacks in Brussels, Belgians called for unity in their otherwise divided nation. Beginning on Tuesday night, just hours after the bombings, thousands of distraught Belgians gathered at Brussels' historic stock exchange to hold vigil for the 34 people who died in the attacks. Just as Parisians flooded cafes after the November 2015 attacks in Paris, Belgians flocked to Brussels' main square, showing that they refuse to live in fear.

People lit candles, sang songs, and many drank Belgian beer — overall, the scene was one of friendship and solidarity. However, this unity is not an entirely common scene in Belgian, in fact, the country is typically defined by its bitter national divide. Belgians are split by their heritage and language — Dutch is spoken in Flanders, the northern region, and French is the official language of Wallonia, the southern half of Belgium. There is also a small German-speaking population along the country's eastern boarder. Even in recent years, there has been talk of splitting Belgium into two separate nations — beginning in 2010, the country went without a central government for over a year-and-a-half due to disputes over this issue.

Some public figures have suggested that Belgium's division enabled the ISIS attack in Brussels, and there is evidence to back up these claims — according to Reuters, Belgian's multiple security agencies failed to share information on the attackers. Brussels may be a small city with a population of only 1 million, but NPR reported that the capitol city, too, is divided into six police zones, and has two separate intelligence agencies.

However, Belgians are disrupting this longstanding narrative focused on Belgium's divide by embracing their nation's motto, which translates from both Flemish and French to:

Though this national motto has rarely been embraced by Belgians in the past, NPR reports that it made a comeback after the attacks, inspiring Belgians to unite and recognize the country's multiple languages and cultures.

On Twitter, too, there was a call to celebrate all of Belgium's languages.

The bombings in Brussels devastated the Belgian people. Perhaps, an embrace of Belgium's motto outside of the often divided nation could inspire a much-needed worldwide unification.