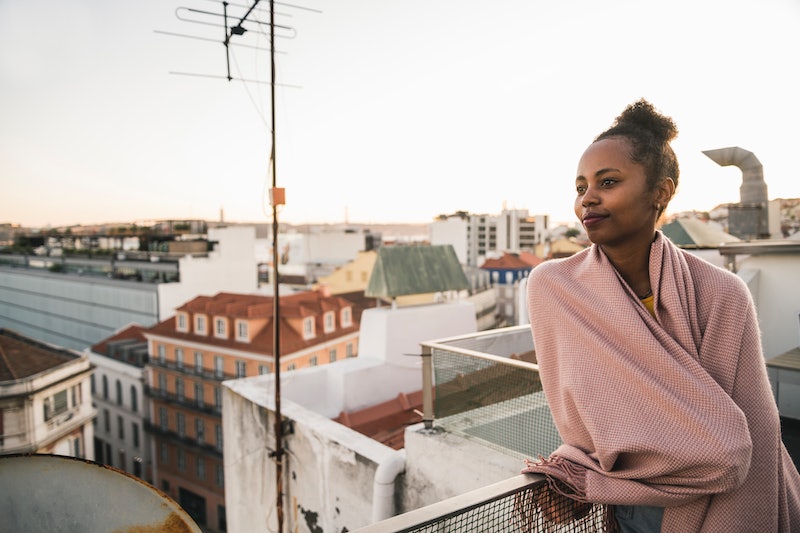 When I first started calling myself an atheist about a decade ago, reaction ran the gamut from wide-eyed disbelief (“I’ve never met an atheist before!”) to a quiet, confiding solidarity (“I’m not really a believer myself”). Sort of what I expected. What I didn’t expect was when both reactions came from the same person. Wait: you’re shocked I’m an atheist ... and yet you’re an atheist too?

Of course they didn’t call themselves atheists. That seemed to be the difference. That’s why the growing group of “unaffiliated” Americans in last year’s much publicized Religious Landscape Study was composed not so much of atheists (three percent) and agnostics (four percent) as of “nothing in particular”s (16 percent).

These “nothing in particular” people fascinate me. Do they really have no opinion on the existence of God? Are they unsure whether they think there’s an afterlife? Or are they just atheists who don’t want to deal with all the fuss and bother of calling themselves atheists? Let’s face it: the people who come to mind when you say “atheist” — Richard Dawkins, Bill Maher, Sam Harris — make it seem like an awful lot of work. All the debating! All the speech-making! All the clever remarks! Even I, a distinctly non-famous atheist, am obviously spending precious time and energy writing an article about it.

Well, I want to reassure the "nothing in particulars" among you that being an atheist is easier than you think. It takes very little time out of your day and requires almost no preparation. Here, in fact, are seven things that — contrary to popular opinion — an atheist does not have to do.

I realize this isn’t a hang-up for all those who have this “requirement” covered, but there seems to be a prevailing view that to be an atheist, you have to be male. Very male, actually: with large helpings of testosterone that can fuel aggressive anti-religion tirades. I am a mom of three; my only recorded tirade lasted a minute and a half and definitely did not terrify whoever put that empty milk carton back in the fridge.

You do not have to revile every organized faith that ever was, trace the evils of the world back to the Church, or stop talking to all your believing friends and family. In fact, you can be an atheist and still be sympathetic to the religious impulse. Of course people want to understand the meaning of life and their place in an ordered world; of course it would be nice if someone were in charge. Rites of passage, holidays, rituals, the opportunity to express gratitude for the good things in your life? All good. Michelangelo’s Pietà? Yes, please.

3. Be Able To Explain Why Humans Exist

If I read The God Delusion very carefully in the morning after my coffee with no kids in the house, I can basically understand why natural selection is the answer to the statistical improbability of the Euplectella skeleton, and thus why irreducible complexity fails as an argument for a Creator. Could I explain it to you? Um ... I could lend you my book. But my tenuous grasp of evolutionary biology is not, it turns out, an argument for the existence of God.

(I also cannot prove that a mysterious stranger did not put that empty milk carton back in the fridge.) It’s not possible. Even Dawkins calls his chapter full of arguments against the existence of God, “Why There Almost Certainly Is No God.” Fortunately, atheists don’t have to prove there’s no God; they just have to believe there’s no God. And even though it should be much easier to prove the existence of something than to prove its nonexistence, no one goes around asking Christians to prove someone is actually listening to their prayers. Well, no one I want to know, anyway.

You would call yourself an atheist, but you just can’t muster the energy to complain to the school board about the Pledge of Allegiance? Or you don’t have the funds to sue the town for its pre-meeting prayer policy? Guess what? You don’t have to. Not publicly and not privately either. When someone says, “God bless” after you sneeze, you can just smile. When someone says, “I’ll be praying for you,” you can say “thank you.” Atheist ≠ activist (or asshole), unless you want it to.

Some friends of mine who are perfectly accepting of my lack of belief in God still assume that I credit only what has been scientifically proven. Less friendly types associate atheism with small-minded materialism: if I can’t see it, it doesn’t exist. Ridiculous. No, I don’t think there’s an invisible Man in Charge. But I can still be moved by sunsets over my farm, by watching a child help another child, by hearing the final measures of Chopin’s Fantaisie-Impromptu. I am regularly awed and mystified and lost in big thoughts. It’s a big, incredible world; you can experience supreme wonder without a supreme being. In fact, to me it makes the world more wonderful to believe that no one designed it this way.

7. Give Up Christmas (Or Any Other Ritual)

A few years ago, The Freedom From Religion Foundation ran an ad campaign with signs that looked like stained glass and commanded, in a scriptural font, "Sleep In On Sunday". I guess they were trying to appeal to the lazy atheist contingent. But not everyone wants to give up those routines. Not everyone — not even everyone who doesn’t believe in God — wants to be completely free from religion, in fact. Not if that means being free from matzo ball soup or “The Little Drummer Boy.” That’s why so many people represented in the Pew survey live on the religious side of the “religious landscape” but think like those of us on the unaffiliated side. (I know. I’ve met them.)

The thing is, you don’t have to swear a vow of holiday abstinence when you affirm that, no, in fact, you don’t believe in the supernatural. My Passover hosts know my true beliefs, and they know too that I can be relied upon to bring the chocolate almond cake with the raspberry sauce and to sing “Dayenu” at full voice. And why shouldn’t I? I’ve sung, “I shot a man in Reno just to watch him die” at full voice, and karaoked the hell out of “Stand By Your Man.” You don’t have to believe in the words themselves — or even the message behind them — to relish the pleasures of gathering, of singing, of celebrating, or even to take comfort from murmuring a prayer of mourning in the company of others.

Here’s all you have to do to be an atheist: Ask yourself, Do I think there’s a supernatural being in charge of the universe? If you answer “no,” boom, you’re done. Welcome to the club.