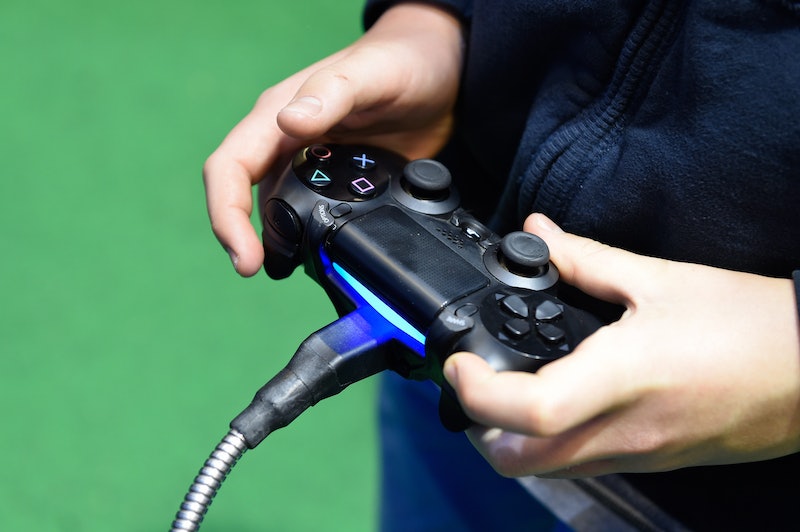 Anyone who's paid attention to the misogynistic movement known as GamerGate already knows that many people who play video games also like to harass women. However, there still isn't much information about the harassment directed at women who play video games themselves. A new study on harassment of women gamers seeks to shed some additional light on the matter, and you might not be surprised to learn that their findings are... well, not that encouraging.

The study, which was conducted at Ohio State University, surveyed 293 women amers who were an average of 26 years old and who played video games for an average of 22 hours a week. And while these were women who self-selected to participate in a survey about harassment, it does give us an important, if possibly not entirely representative, look at the effect harassment can have.

Some of the survey questions measured general harassment players received while gaming — the sort of thing that any player might have to deal with, regardless of gender (although the fact that everyone deals with it still doesn't make it acceptable). Other questions asked about gender-specific forms of harassment, including sexist comments, being asked for sexual favors, and rape jokes and threats. And while I wouldn't necessarily label rape threats under "sexual harassment," since that's sort of its own category of awful, you get the idea.

The survey also looked at how women responded to these various types of harassment, and how much different types bothered them. And unsurprisingly, researchers found that gendered harassment was more disturbing than general harassment.

"Most women players understand trash talking and having their playing skill insulted, even if they don't like it," Jesse Fox, the lead author of the study and professor of communication at The Ohio State University, said in a statement. "But what disturbs them is being targeted simply for being a woman. They don't easily forget those comments and continue to think about them when they're done playing."

Researchers found that women didn't spend much time thinking about general harassment. It was unpleasant, but it didn't really upset them. Sexual harassment, though, was something they often continued to think about long after an individual incident was over.

In other words, the idea that women "just can't handle trash talk" or that women gamers are just too sensitive to the harassment everyone deals with isn't really accurate. Women are plenty thick-skinned about the types of harassment that everyone deals with. What's harder to brush off are the gendered comments that male gamers by and large don't have to deal with. Women have a tendency to dwell on these comments, unable to shake them off.

Many of the women surveyed also report that they have changed their behavior online due to sexual, though not general, harassment. Some say they avoided playing more, while others took steps to disguise their gender online, choosing gender-neutral user names and avatars. These measures can certainly help protect individual gamers, but the authors also note this presents a distorted view of gaming, where both players and companies assume many players who are women are actually men, and thus vastly underestimate the number of women gamers as a result.

And speaking of companies, this study also found that most women gamers want companies to do something about sexual harassment, even though they don't hold companies similarly responsible for general harassment. Fox explained, "The moment that abuse stops being about them as players and becomes about them as women, that's when gaming companies are seen as part of the problem."

In other words, women gamers don't think that no one is allowed to be rude to each other online. Women who game don't expect gaming companies to make online spaces devoid of any and all unpleasantness. There is no PC police trying to come take away people's sacred right to repeatedly tell each other "ur dum." But women don't want to be targeted for our gender. Women don't want to be harassed because we are women.

Basically, women want the same right to be called dumb in various creatively spelled ways that men have — and nothing more.

More like this
5 Ways To Stand In Solidarity With Women In America From The UK
By Sophie McEvoy
How To Fight For Reproductive Rights, Based On How Much Time You Have
By Courtney Young
How to Delete (or Pause) Your Hinge Account
By Emma Carey
How To Protect Your Digital Privacy If You Need An Abortion Post-Roe
By Kaitlyn Wylde
Get Even More From Bustle — Sign Up For The Newsletter