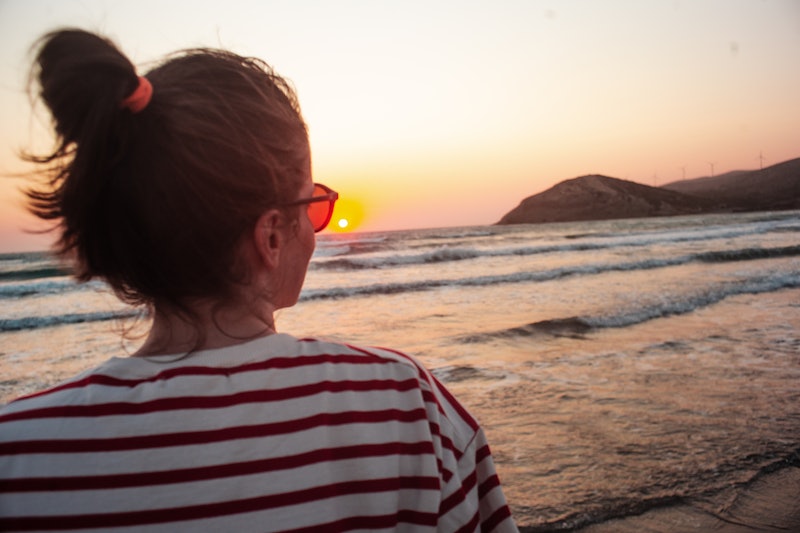 So what is cyclothymia — and for that matter, what is bipolar disorder? Both illnesses are characterized by unusual mood swings, far beyond the ups and downs of everyday life. During high points, known as manic episodes, people are hyperactive, overly irritable, and restless to the point of sleep deprivation. Depressive episodes, on the other hand, have the opposite effect: Sluggishness, hopelessness, and a lack of interest in previously enjoyable activities. (These episodes aren't mutually exclusive, by the way.)

Although bipolar disorder is divided into two categories, bipolar I and II, cyclothymia comes in just one variation. Bipolar disorder is relatively common — it affects an estimated 5.7 million adults in the United States alone — but cyclothymic disorder is actually considered rare. Of course, that could be because its symptoms are rarely debilitating, making it easy to brush them off. In fact, psychotherapist Sheri Van Dijk told Psych Central that it's frequently loved ones who tend to notice something is wrong, rather than those who have the disorder themselves.

However, this doesn't mean people with cyclothymia have it easy. The attendant mood swings can take a toll on relationships, and there's evidence that the disorder sometimes worsens with time. Let's take a look at eight signs of cyclothymic disorder below — and if they sound a little too familiar, it may be an indication to seek help.

1. Your Mood Shifts Without Warning

As you've no doubt gathered by now, people with cyclothymia experience unpredictable mood swings between hypomania, which typically lasts around a week, and mild to moderate depression, which may last longer. Although the symptoms may not disrupt your life in the way that bipolar disorder does, the unpredictability of your moods makes everyday functioning much harder.

When you're experiencing a hypomanic episode, you may feel overly cheerful and optimistic even in the face of objectively difficult events.

They may not occur directly after each other, but hypomania is eventually followed by depression. (Interestingly, manic episodes almost never occur on their own.)

4. You Get Inexplicably Irritable

Both depression and hypomania are known to cause irritability and agitation.

During a hypomanic episode, you may feel like you can't control your thoughts — they jump from topic to topic without landing on anything for long. Combined with the poor judgment common during hypomania, you can see how this often lands people in hot water.

6. Your Mood Affects Your Sleep

One of the most important criteria for diagnosing cyclothymia (and bipolar disorder) is sleep disruption: During hypomanic phases, you may feel like you function perfectly on four hours of sleep. On the other hand, depression can cause insomnia or excessive sleeping.

In the same way that manic episodes are characterized by fidgeting and restlessness, depression may cause "psychomotor retardation," aka physically moving slower.

We all go through ups and downs; mood swings are part of being human (and especially part of being a teenager). In fact, people with cyclothymia may even feel totally normal between episodes. However, this stability never lasts long; one of the most important criteria is that mood swings always return within two months.