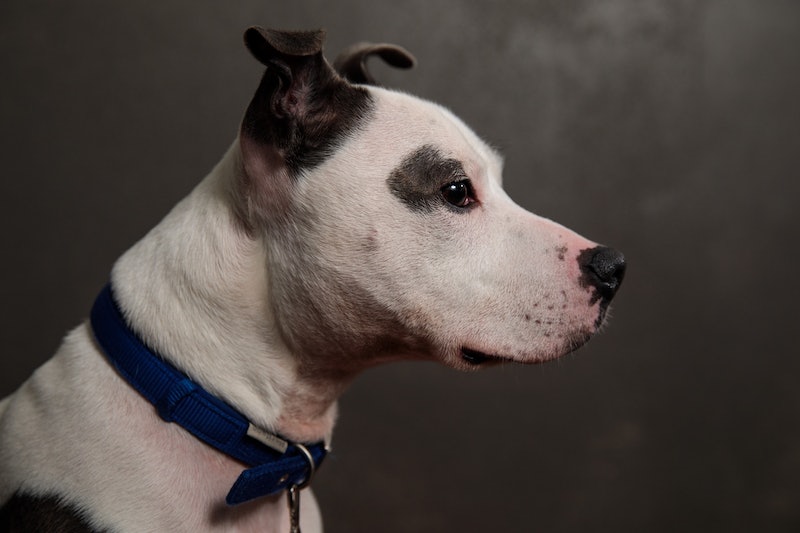 Sadly, not all dogs have an equal chance at finding loving homes, it seems. New research says that pit bulls wait three times longer to be adopted than similar dogs without the pit bull label. Which is so sad — especially since there's no hard evidence that pit bulls actually deserve their bad reputation. The little guys deserve love, too!

Researcher Lisa Gunter at Arizona State University and her team looked at the amount of time that dogs labelled as pit bulls waited in shelters before being adopted compared to dogs with similar appearance who are either labelled as another breed or left unlabeled. They also gathered information from potential pet owners about their perception of pit bulls. Perhaps unsurprisingly, they found that pit bulls were perceived as more aggressive and less friendly — and probably as a result, dogs labelled as pit bulls have to wait three times longer before getting adopted as similar dogs without that label. Not only that, but when dogs weren't labeled with breeds at all, adoptions went up across the board.

"Pit bull" does not refer to a single breed, but rather to a family of various breeds such as the American Pit Bull Terrier and the American Staffordshire Terrier. The breed has a history of being used in dog fighting — which, given the fact that dog fighting is a form of animal abuse, should really be a reason to feel sorry for them, not to fear them. But unfortunately, pit bulls have been saddled with a reputation as being dangerous and aggressive nonetheless.

Despite this reputation, however, there was a time pit bulls were actually considered perfect for families, and were described as ideal "nanny dogs" for children. Though today some pit bulls have been specially bred for fighting, and thus might be more disposed to aggressive displays around other dogs, pit bulls that have been properly socialized and trained pose no more risk to humans than other breeds do. In fact, the United Kennel Club does not recommend using pit bulls as guard dogs precisely because they are too friendly with people. And the website Dog Time rates them as both friendly and good for families.

In other words, they shouldn't have to languish unadopted in shelters. So if you're in the market for a pet, consider a pit bull. They really are very cute.