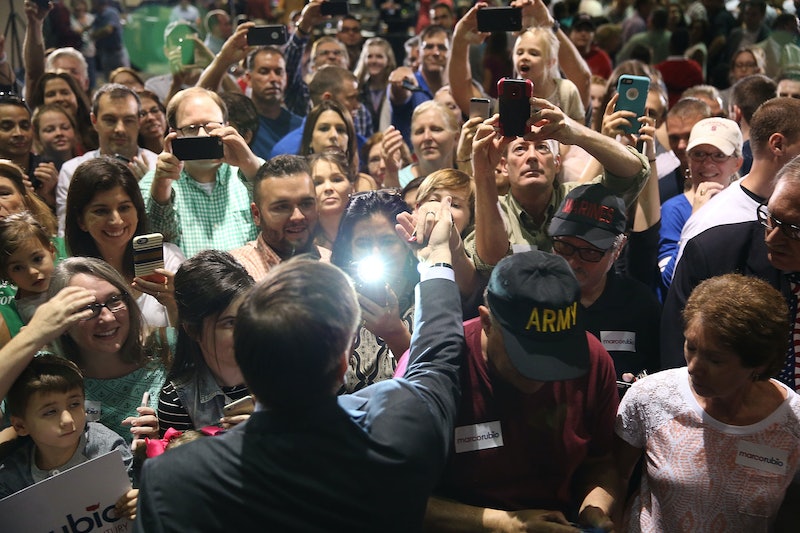 Delegate math has become a major focus of the 2016 cycle, thanks in part to the very real possibility that Republicans will have a brokered convention. There’s been lots of talk about delegate rules, but less talk about the identities of the delegates themselves. Who gets to be a delegate at the convention?

As with almost every question involving delegates, there’s no one answer, because the process of becoming a delegate varies wildly between the states and political parties. Even within individual states and parties, there’s often a difference between the selection of at-large delegates, congressional district delegates, and RNC member delegates, which complicates the matter even further.

Sometimes, delegates are chosen through mini-conventions that are held at the local or state level. Individuals file with the state party to run for one of the state’s delegate slots. A state, county, or congressional district convention is held, and the attendees convention vote on which delegate candidates get to become actual delegates. The winners become delegates to the national convention.

But who attends these conventions — in other words, who votes in the delegate elections to determine which people become delegates? That, too, depends on the state and the party. In some states, it’s open to all members of the state party willing to buy a ticket to the convention. In other cases, the attendees are chosen by the voters at the caucuses or primaries. This is a bit more complicated.

In states that use this method, like Iowa, the attendees at a state’s caucus or primary — after voting for their presidential candidate of choice — cast a separate vote on who gets to be a delegate for that individual county. The winners become delegates to the county or state convention, and there, they vote amongst themselves to determine which of them get to become delegates at the national convention. It’s a two-step process: Voters elect county delegates, and county delegates elect state delegates.

Often, campaigns also have a say in choosing which individuals become delegates. A candidate and their campaign will come up with a list of individuals who they’d like to serve as their delegates — this list is called a delegate slate — and file it with the national party. And that’s that: These people are delegates. In these instances, you’d become a delegate either by having an existing relationship with a candidate’s campaign or by lobbying that campaign to choose you as a delegate.

At this point, you’re probably thinking, “These rules are too straightforward and I wish the process was more convoluted.” Well, you’re in luck, because it is. The methods used above are often used in conjunction with one another. Some proportion of a state’s delegates are chosen by candidates through delegate slates, while others are elected at state or county conventions. This usually boils down to the distinction between district delegates, which represent a specific congressional district, and at-large delegates, which ostensibly represent the state as a whole.

There are many, many, many more complications to all of this, and they can be found in the over 100 delegate rulebooks that govern the process (one for each party in each state, plus U.S. territories). This is what happens when parties let every state set their own delegate rules: There’s a lot more local autonomy over the process, but almost no uniformity to the process as a whole.