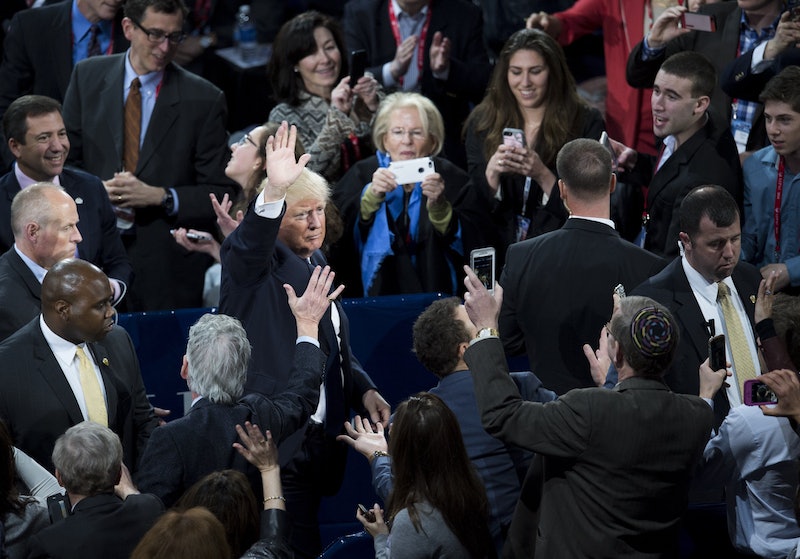 The GOP will have a contested convention if Donald Trump doesn’t win at least 1,237 delegates in the primaries, and according to the betting markets, there’s almost a 50 percent chance of this happening. If there is a brokered convention, all eyes will be on Trump’s delegates, who will have the option of changing their vote on the second ballot and, in doing so, give the nomination to someone else. So, will Trump’s delegates switch their support at a contested convention?

In the most literal sense, it’s way too early to answer this question. It’s going to depend largely on the whims of individual delegates, and the vast majority of states haven’t yet determined who will serve as their delegation to the national convention. And while a subset of Republican delegates have already been elected in some states, the Republican candidates’ campaigns are currently waging a war to win over these delegates’ hearts and minds, so we can’t assume anything about what they will or won’t do at the convention.

That’s not to say that we’re completely in the dark, though. There’s been some reporting on candidates’ efforts to sway delegates’ minds, and it suggests that a good number of delegates who are pledged to Trump on the first ballot may change their minds on the second round of voting.

Matt Bruner, a Republican precinct chairman in South Dakota, told Politico that his state’s delegation is “very, very much a [Ted] Cruz delegation,” and another one of the state’s delegates said that “there’s a strong resistance to Trump from a number of these people.” In Arizona, Trump won the Republican primary — but one GOP official claims that the majority, and perhaps the entirety, of Arizona’s delegates will switch to Cruz on the second ballot if given the option. And in Georgia, Cruz’s campaign worked to ensure that individuals who support the Texas senator were elected to the state’s delegate spots, even though Trump won the state’s primary.

Insofar as the nomination goes, the question isn’t whether Trump’s delegates will jump ship as an entire block. It’s whether enough of Trump’s delegates will jump ship to tip the scales and give the nomination to someone else. Because the delegate count is likely to be extremely close no matter what, it may only take a few defectors to deprive Trump of the nomination. It’s still too soon to say, but all signs suggest that there’s a pretty good chance of this happening.