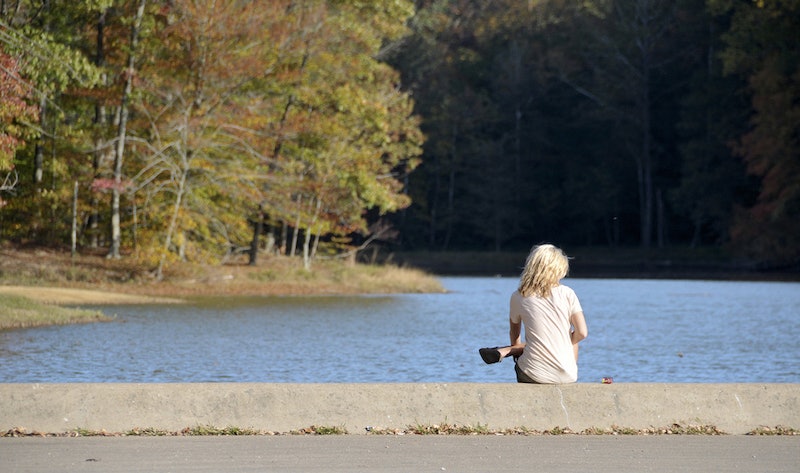 We've all been there at some point: Home alone on a Saturday night, no one to call. And boy, does that pint of Ben & Jerry's seem tempting. But now there's a better pick-me-up; recent research, highlighted in the New York Times on Monday, shows that nostalgia can actually help ease feelings of loneliness.

And that's good news: Not only is loneliness tough emotionally, it also wreaks havoc on your body. Long-term loneliness has been linked to Alzheimer’s, obesity, diabetes, high blood pressure, heart disease, neurodegenerative diseases, and even cancer. It is as dangerous as smoking. This is not an isolated thing: According to the UCLA Loneliness Scale, 30 percent of Americans don't feel close to other people at a given time.

The number of people experiencing extended loneliness has only gone up in the past decade. In 2000, one out of five adults reported being chronically lonely. In 2010, that portion reached one out of three. Possible causes of this widespread feeling of isolation could include less face-to-face communication as we increase our reliance on technology and greater distancing from our families and friends as people scatter across the globe.

While social theorists try to figure out the root of loneliness, waxing nostalgic is an easily accessible tool to deal. And everyone does it — research shows we start reminiscing at the age of seven, and most people feel nostalgic at least once a week.

“Nostalgia made me feel that my life had roots and continuity. It made me feel good about myself and my relationships. It provided a texture to my life and gave me strength to move forward," explained psychologist Constantine Sedikides to the New York Times . His own experience — and the reluctance of his colleagues to believe he wasn't living in the past — encouraged him to start researching nostalgia in 1999.

In a recent study, participants were asked to read about a deadly disaster and to take a personality test that supposedly identified them as extremely lonely. Participants responded to these feelings of depression and loneliness by indulging in nostalgia. And it worked — moods went up and feelings of isolation decreased as participants reminded themselves of the good in their lives.

Nostalgia also makes us feel physically warmer — and cold weather tends to make us reminisce. All the more reason to indulge during holiday season.

If you need some help jogging your memory, check out the New York Times ' Nostalgia Playlist — music is a favorite tool of nostalgia researchers, since it often brings out deep-seated memories So go ahead and remember, because the great times you've had are part of who you are today, and will only help you move forward.

More like this
The 15 Best Passport Holders
By Megan Gray
6 Abortion Advocates To Follow On TikTok
By Sara Youngblood Gregory
Every Single Big & Small Way You Can Fight For Abortion Rights
By Tess Garcia
The 7 Best Knee Sleeves, According To An Expert
By Andrea Hannah
Get Even More From Bustle — Sign Up For The Newsletter