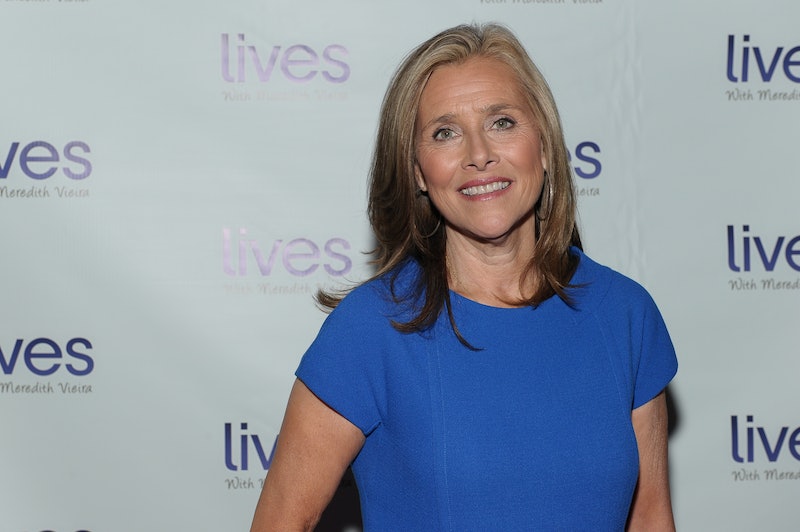 Meredith Vieira and Matt Lauer have teamed up once again, this time to host the 2014 Olympic Opening Ceremonies in Sochi. I mean, who else would you get to do parade commentary than a couple of Thanksgiving Day Parade veterans? Of course, as with any live commentary you're bound to get a few funny off-the-cuff moments. Meredith Vierea started the night off strong and has been delivering great lines all night. Here are a few of her best.

1. "If you want more information, Google it."

Forgetting that her job is to provide information about these opening ceremonies, Vieira told audiences to Google the Cyrillic alphabet if they were confused about this year's alphabetical order.

Talking about an athlete from warm Bermuda and reminding us how cold the arena is. Yes, it's almost as if you're in Russia for the winter Olympics. Oh, wait!

3. "Lots of athletes taking selfies along the way I'm sure."

She's probably right, but it's always funny when Matt Lauer and Vieira try to use slang words. Lauer was so out of touch that he felt the need to define "YOLO" to the audience.

4. "These athletes are not quitters."

I don't know, when I play the word-association game I always think "quitter" when I hear "Olympic athlete."

5. "I think a lot of teams want to win the gold medal"

Gotta love a commentary that focuses on every country's biggest achievements.

7. "When we come back, we will be in Imperial Russia!"

8. "It's almost impossible to separate the Olympics from politics."

I could have sworn she said it was impossible to separate it from the Holocaust, but I digress. In either case, it seems like it's not impossible to shut up about politics for a moment and talk about a nice unity of nations here, right?

9. "All the costumes are the same, representing the uniformity."

Did she just tell us that uniforms promote uniformity?