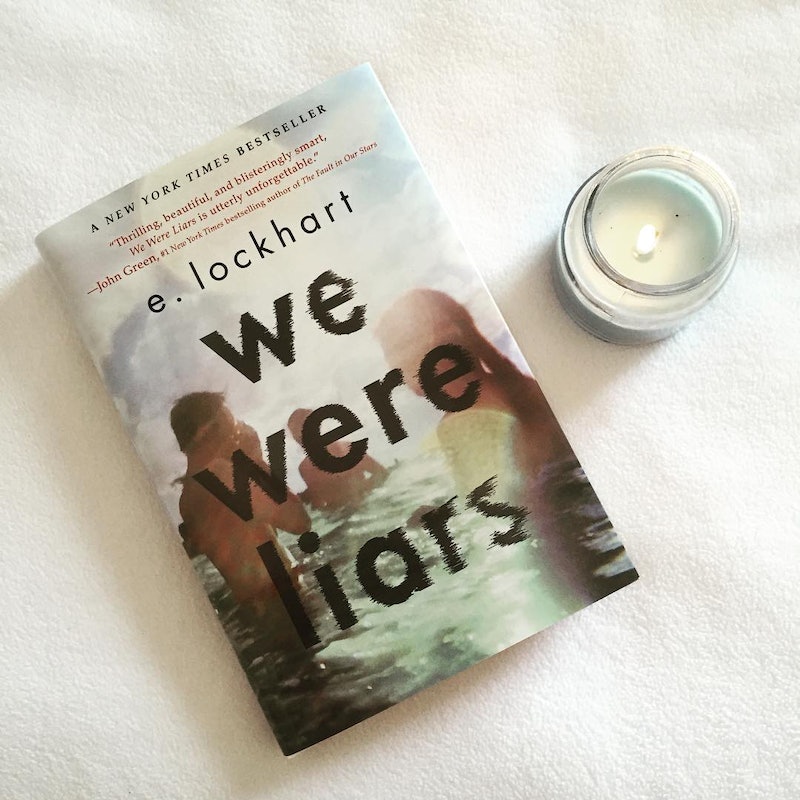 There are a lot of obscure holidays out there — Squirrel Appreciation Day, Panic Day, Lost Sock Memorial Day — but April 10, National Sibling Day, marks one that's actually worth celebrating. Well, that is if you and your brothers or sisters have better relationships than the most dysfunctional siblings in literature, because not all fictional families are like the March sisters, the Weasley bunch, or the Finch duo.

As the middle child of three girls, I know all about sibling relationships: the good, the bad, and the ugly. As adults, my two sister and I have developed a loving and supportive relationship, but our newfound sisterly bond was preceded by over a decade of yelling, fighting, and stealing each other's things. We argued over what TV show to watch and who got the front seat in the family car. We had regular wrestling matches on a weekly basis, and we even stabbed each other in the back by ratting each other out to our parents, or worse, exposing embarrassing secrets to each other's friends. There is just something about your siblings that gives them the ability to annoy you, frustrate you, and hurt you more than anyone else can. Sibling bonds are just that powerful — in the good ways and the bad.

My sisters and I may have tortured each other in our youth, but the the problems in our relationship is nothing compared to these 11 of the most dysfunctional siblings in literature. They're just crazy enough to make a girl really appreciate the siblings she's got.

Kicking things off with a classic, it's hard to get more dysfunctional then the Danish brothers from Shakespeare's tragedy, Hamlet. Jealous of his the king's power, Claudius murders his own brother, taking not only his crown but also his wife. As you know, things for the royal family only get worse from there.

2. The Sinclair Sisters, We Were Liars

There was plenty of tragedy in E. Lockhart's We Were Liars, and most of it was made possible by the dysfunctional relationships within the Sinclair family, especially the one between the adult sisters. Penny, Carrie, and Bess fight over money and property, manipulate each other and their children, and struggle with plenty of their own inner demons. With a father like Harris Sinclair, though, what can you really expect?

3. The Dollanganger Siblings, Flowers in the Attic

Whether we're talking about Chris and Cathy or the twins, there's plenty of dysfunction to go around in the Dollanganger/Foxworth family in V.C. Andrews's Flowers in the Attic. Incest, violence, and murder only scratch the surface of the issues these siblings have, which is enough to fill up not only one book, but an entire series. And you thought your family was bad...

4. The Lannister Siblings, A Game of Thrones

Speaking of violence and incest, no set of siblings is more familiar with inappropriate sexual relationships and attempted murder than Jamie, Cersei, and Tyrion Lannister. While the twins are busy sleeping together, the youngest brother plots against his sister's children while his sister plots against him. Wherever George R.R. Martin's A Song of Ice and Fire series takes us next, we would be terribly surprised if all the Lannister siblings made it til the end.

Gillian Flynn knows how to write about a dysfunctional marriage better than anyone else, but in Dark Places, she takes on a whole different kind of messed up relationships: the one between siblings. While her brother, Ben, rots away in jail for the murder of their two sisters and mother, Libby uses their tragic story to make a quick buck. When both siblings have a flexible relationship with the truth, can anything good come from their reunion? You'll have to read the book and judge for yourself.

6. The Lisbon Sisters, The Virgin Suicides

Jeffrey Eugenides created more than simple sibling dysfunction in his heartbreaking novel The Virgin Suicides. He created an utter family tragedy. The five doomed sisters of the Lisbon family lived short and painful lives filled with isolation, heartbreak, and death, but they did it together. If a group suicide pact isn't sibling dysfunction, I don't know what is.

When your parents are wacky performances artists who insist you and your sibling put on an incestuous version of Romeo and Juliet, can you expect anything less than dysfunction later in life? Annie and Buster Fang spent their childhood more as a part of their parents art projects and less as actual children. As adults, they suffer from depression, alcoholism, anxiety, and a complicated relationship with not just their parents, but also themselves. The life of a child star, am I right?

Carny families get a reputation for being a odd, but once you read about the Binewskis in Katherine Dunn's Geek Love, you'll understand why. Born out of their parents attempt to create a freak show of their own using drugs and radioactive material, the Binewskis children each struggle with their own afflictions, whether it's flippers for hands, a Siamese twin, or dwarfism. It isn't just the siblings outward appearances that make them strange, but rather their strenuous, tumultuous, and at times questionably incestuous relationship with one another that make this family the epitome of dysfunctional.

There's major dysfunction when siblings have innapropriate relationships with each other or enact violence against each other, and then there's the typical dysfunctional relationships most siblings know too well, like that of the Sir Arthur Conan Doyle's Holmes brothers. Sherlock and Mycroft Holmes may be geniuses, but neither of them can use those giant brains of theirs to figure out how to get along. Whenever these two meet, they take sibling rivalry to the next level.

When you work at in enough, dysfunction becomes something you can work through, or at least that is the case with the Berry siblings in John Irving's The Hotel New Hampshire. Children of avid dreamers, John and Franny Berry recognize early on that their family is anything but normal — as are their inappropriate feelings for each other. After decades of personal and family tragedy, tumultuous relationships, and sexual tension, the brother and sister eventually work through their issues, and we finally get siblings who find a happy ever after, albeit an unconventional one.

You can't talk about the deep-routed dysfunction of the Vann twins from Amanda Panitch's Damage Done without giving away the plot, so I'll keep it simple. Lies, violence, and inappropriate behavior are the foundations of which Julia and Ryan's sibling relationship is built, and they're also the cracks that bring their relationship crumbling down. You'll have to read it on your own to find out how.