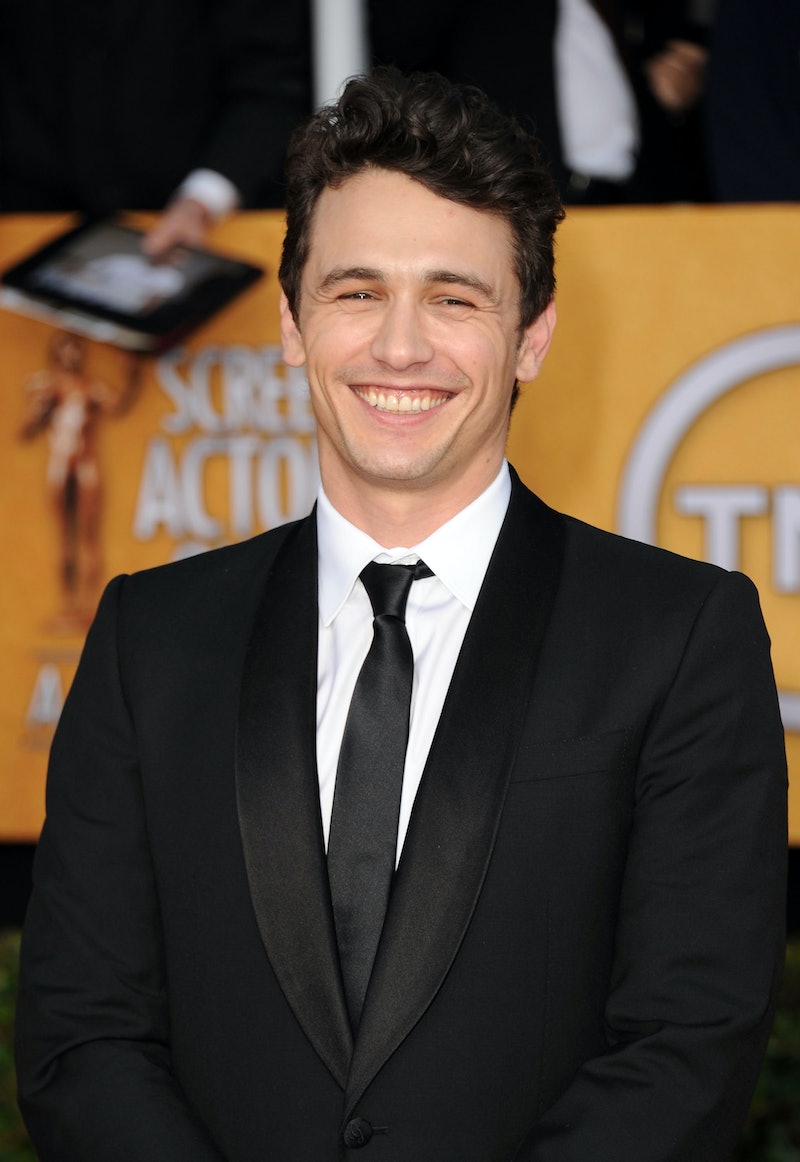 What's the actor-cum-writer-cum-philosophizing auteur doing next? James Franco's production company, Rabbit Bandini Productions, just acquired the rights to a book about The Room, and they're going to make a movie about the making of the so-awful-it's-amazing modern cult classic. For those of you unfamiliar with The Room, it's Tommy Wiseau's 2003 anti-masterpiece; it holds an important place in many folks' hearts as the worst movie ever made. Franco's not one to shy away from satire and all things meta (I'm still laughing from his self-mocking performance in This Is The End), so this seems like a perfect project for him!

Last fall, Simon and Schuster published The Disaster Artist: My Life Inside The Room, The Greatest Bad Movie Ever Made by actor Greg Sestero with journalist Tom Bissell. It chronicles every step of making of the horrific movie, and I don't know about ya'll, but I love a good movie about making something awful. (Anybody remember MTV's original mockumentary 2Ge+ther back in 2000, and the blissful parody of all things boy band, "U+Me=Us?" That holds a special place in my heart.) Franco's slated to direct and co-produce this movie alongside Vince Jolivette, and Ryan Moody is set to write the script. Rabbit Bandini Productions will be teaming up with Seth Rogen and Evan Goldberg's company, Point Grey Productions, and when Franco and Rogen get together, things get good.

The actor has obviously had his heart set on this project for some time; he reviewed the book for Vice back in December, in which he compared Wiseau to Norma Desmond from Sunset Boulevard, in that "on the surface [he] is a driven madman who wills a movie into being because he knows he will never be accepted by the Hollywood establishment otherwise. This surface-level is wacky because he has a whole set of beliefs, sayings, and behaviors that don’t match up with accepted modes of socializing." But he went on in the review to discuss the pathos behind Wiseau:

This is the deeper level of Tommy: he is just a lonely little boy who wants love. He, like so many people with stars in their eyes, sees film not only as a medium of expression, but the gate to acceptance. It is the place where his work will find like-minded people who will learn to love him through his work, not only because of it. This is the hope of most artists, and the book turns Tommy’s sometimes ridiculous struggle into a paradigm for those wishing to be creative in a world where it is usually too hard to be.

In even more exciting news, he just announced on Instagram that movie will star...THE FRANCO BROTHERS! AAGH! This is sure to (actually) be the best movie ever.

In case you have no clue what the hell The Room is and want to jump on board with elation, you should watch the full-length trailer of the original movie.