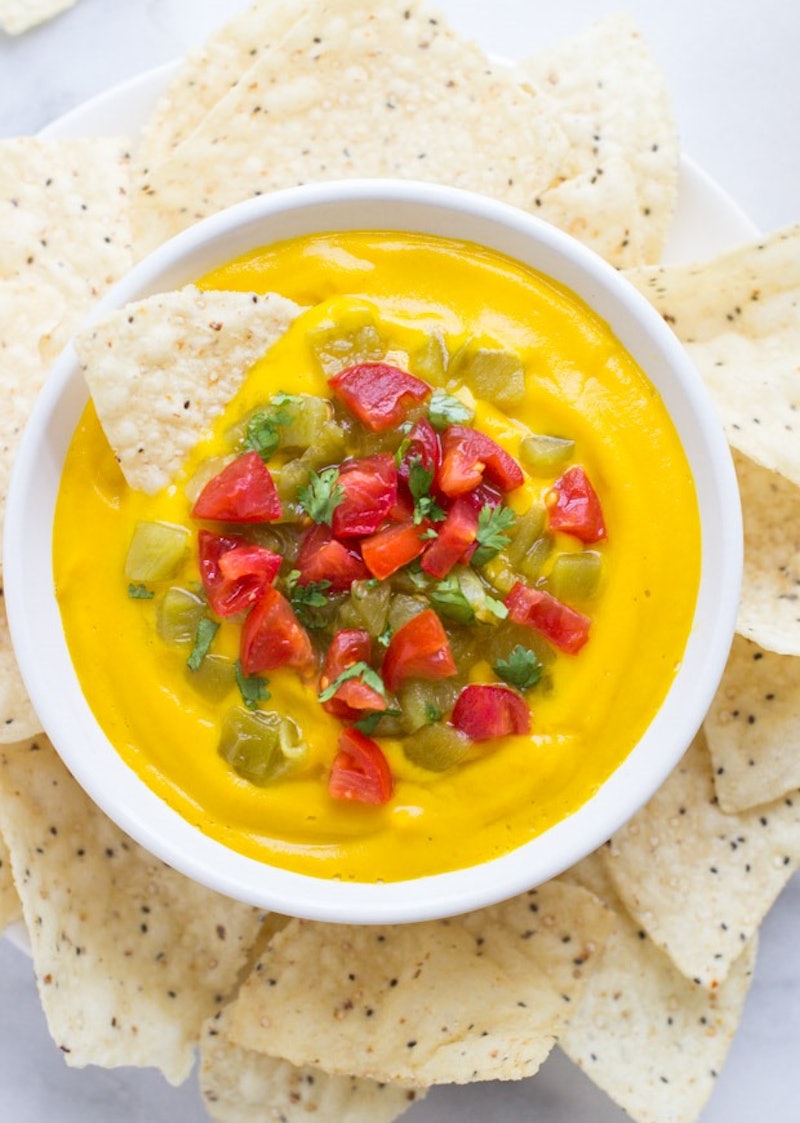 If you’re a vegan, you know that getting vegan cheese that actually tastes good is a bit of a pain. Many of the products out there taste like cardboard, and don’t give you that cheesy satisfaction you’re looking for. Well, forget trying to buy it, because I’ve got 10 vegan cheese recipes to get gooey and indulgent with, right in your own home.

You might be thinking that making vegan cheese is an intense undertaking. The truth is, it’s much easier than you think! From five-ingredient recipes to the more ambitious recipes, none of these ideas are something that only a master chef could, well, master. What’s even better is a lot of these recipes will give you more flavor than you ever got from regular cheese. You can get some nutty notes in there that really take a humdrum macaroni and cheese dish to a whole other level.

It’s about time you upped your vegan cooking skills isn’t it? You’ll have a hard time picking which recipe you want to start with, so I say just start with them all and have a cheese fiesta. That’s totally acceptable and encouraged in my book. You can never have enough (vegan) cheese. Ever.

This quick and dirty sauce from Oh She Glows will have you creating the best vegan mac and cheese you’ve ever tasted in your life. No more missing out on that rich and creamy flavor with this recipe.

Be a little adventurous with the nutty, cheese-like flavor of this sauce from The Kitchn. You can dip veggies in it, add it to a plate of nachos, or even use it as a sandwich spread.

Need a vegan cheese sauce that’s also nut-free? Healthful Pursuit has you covered with this creamy sauce that packs in the flavor and gets its delicious consistency from a little magical nutritional yeast.

Ever since I discovered Making Thyme for Health’s vegan queso recipe made primarily from veggies, I’ve been the queen of vegan potlucks. It’s silky, smooth, and packed with flavor.

When you get a craving for pasta, don’t forget the vegan Parmesan cheese from Oh She Glows. As the author says, her own hubby, a self-proclaimed non-vegan, prefers it to regular Parmesan cheese. That’s how you know it’s a winning recipe.

If you miss cheesecake or even a bagel smeared with some cream cheese, you can kiss that melancholy goodbye. Healthful Pursuit creates a cashew version of cream cheese that you can use as a substitute for any recipe that calls for cream cheese.

The dash of Dijon mustard in Climbing Grier Mountain’s recipe for vegan cheese sauce gives this recipe a little extra bite. This super cheesy, thick sauce is perfect for a vegan grilled cheese — nice and gooey.

A lot of the vegan cheese recipes out there are for a creamy sauce, but there are a rare few that give you a little more texture like this recipe from Fork & Beans. The basil pesto and sun-dried tomatoes really elevate this dip to be anything but ordinary.

A creamy bowl of fettucine alfredo at the end of a long, hard work day is one of the most comforting meals in the world. Oh She Glows makes it possible for vegans worldwide to indulge in this go-to Italian dish with her super easy vegan alfredo sauce.

It seems like every casserole dish in the world calls for a little shredded cheese, doesn’t it? Yes, the casserole would still taste good without the cheese, but you want the whole experience. Healthful Pursuit’s vegan shredded cheese recipe is the dream recipe you’ve been waiting for.

Go forth and get extra gooey, vegan friends.