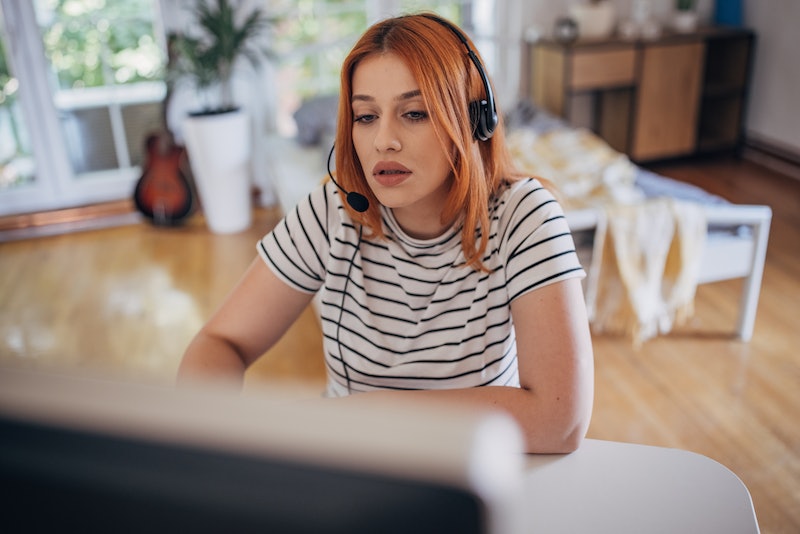 It's time to add to the list of "things our mothers were right about all along," because yet another study has come out indicating that sitting is bad for you. Really bad for you. Seriously. As tempting as it may be to lounge around on the couch after a hard day's work (of sitting in a desk chair), the link between sedentary behavior and health risks is well-established: In the past, prolonged sitting has been associated with back pain, high blood pressure, and a number of other health concerns — and according to a recent study, even death. Whomp, whomp.

Researchers at the University of Sao Paulo School of Medicine compared the mortality rates of 54 countries around the world with the time citizens spend sitting down, and they found that prolonged sitting accounted for 3.8 percent of all deaths, particularly in the Western Pacific and Europe. Previous research has shown that hitting the gym after work might not be enough to combat the negative effects of being sedentary, and so researchers focused on how reduced sitting time, independent of time spent exercising, impacted mortality. According to their analysis, reducing sitting time by just 30 minutes a day could have an "instant impact" on mortality, and larger changes may improve mortality rates even more.

In recent decades, more and more people spend their days sitting down — at work, at school, and when they get home. "Sedentary behavior is determined by individual, social, and environmental factors, all strongly influenced by the current economic system, including a greater number of labor-saving devices for commuting, at home and work, and urban environment inequalities that force people to travel longer distances and live in areas that lack support for active lifestyles," lead researcher Leandro Rezede said, according to Science Daily.

Unfortunately, a growing body of research has shown that undoing the effects of a sedentary lifestyle isn't as easy as working out an hour a day, although that's certainly good for you; it's just as important to stop sitting in general. The good news is that making an effort to reduce your sitting time may also improve other areas of your life — when you're not chained to your desk chair, you're probably going to be more active overall.

Even if you can't afford (or don't want) a standing desk, there are easy ways of reducing your time spent sitting down: Stand up during breaks, take a walk when you get the chance, and so on. As tempting as it may be to spend your free time becoming one with your couch, you'll feel better if you get up and get out a little more often. Then you can go back to being a potato.

More like this
Here's How Long You Should Hold A Plank For A Stronger Core
By Carolyn Steber
I Visited Remedy Place, The Social Club Transforming The Wellness Industry
By Rachel Lapidos
Hailey Bieber Has A "Painful" Ovarian Cyst "The Size Of An Apple"
By Radhika Menon
The 8 Best Pilates Exercises For Lower Back Pain
By Carolyn Steber
Get Even More From Bustle — Sign Up For The Newsletter