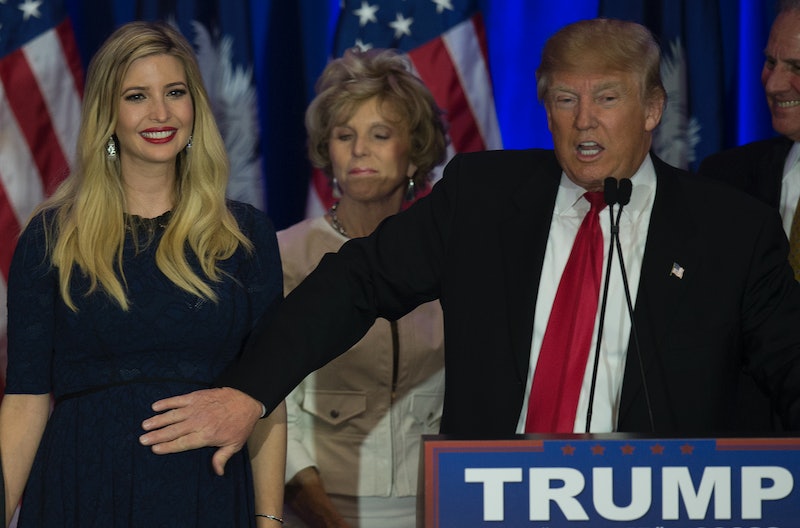 The Trump family has a yuuuuge addition: Ivanka Trump gave birth to baby Theodore on Easter Sunday, and the Donald's daughter wasn't shy to share the first snapshot of the little bundle of joy. Ivanka shared the happy news via Twitter by tweeting, "Jared and I feel incredibly blessed to announce the arrival of Theodore James Kushner. Xx Ivanka." Donald's oldest of five children also tweeted, "My heart is full," with a photo of her holding Theodore at the hospital.

Theodore James Kushner was born at 5:43 p.m. and is Ivanka and husband Jared Kushner's third child, joining older siblings Arabella and Joseph. Ivanka and Jared, who owns Kushner Properties and the New York Observer, married in 2009.

Theodore, who will be Donald's eighth grandchild, has often made it into the presidential candidate's stump speeches, and Twitter users were quick to point out that a common nickname of Theodore is "Ted" — the exact name of his Republican rival Ted Cruz. As of early Sunday evening, Donald has yet to publicly comment on his new grandkid, but you can bet that he won't be calling him "Lyin' Ted" anytime soon.

Interesting name aside, congrats Ivanka and your happy family!