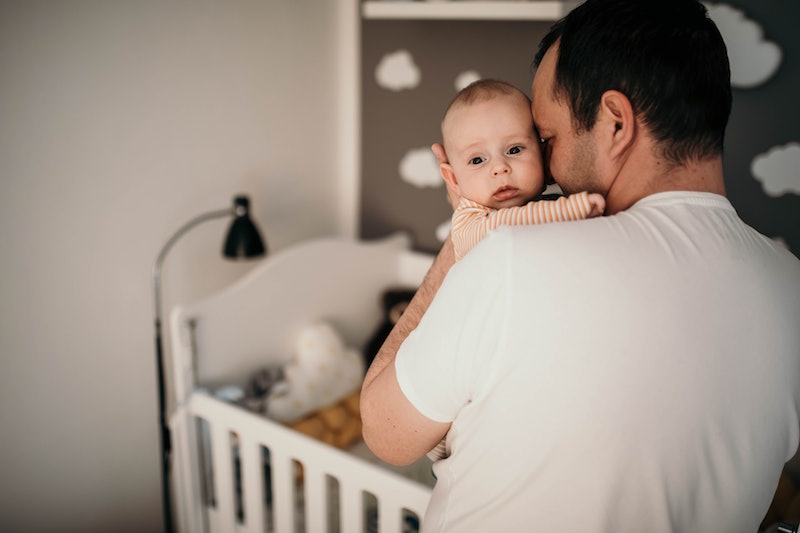 Most discussions of infertility center around women. If you can't have babies, it must be the lady's fault, right? Incorrect. Men can have equal difficulties in producing offspring, whether because there's an issue with the production of enough sperm (some men have a drop in sperm count after suffering mumps, for example) or with the method of delivering it to the ovaries in the first place. So if you're trying to conceive with a male partner and not getting anywhere, knowing the possible signs of male infertility might help you out.

I have personal experience with this one; my parents had huge difficulties conceiving my older brother, and both of them had to undergo a massive battery of tests to see what the issue might be. But education about male fertility wasn't great at the time, so when they were asked to provide a sperm sample from home to test my dad's sperm count, my mom got the vial, put it in her handbag, and proceeded to go shopping in 85° heat, before dropping it off to be tested. Unsurprisingly, all the sperm were dead, which led to a panicked phone call from the clinic before the truth was discovered. Knowing how male fertility works, and what the signs are, may save you from embarrassing revelations on the phone to a very puzzled doctor.

These aren't the only signs of male infertility or difficulty conceiving, but they're some of the symptoms that should be concerning if you're trying to get yourself knocked up. If any of these pop up, get to a doctor to see what's going on.

1. Problems With Ejaculation And Orgasm

This is one of the big signs of a potential problem; the technical term is an "ejaculation disorder," but there isn't just one cause for it. The basic symptom, though, is that ejaculation isn't "normal" — whether it only produces a small amount of fluid, rarely happens, is impeded by erectile dysfunction, or something else.

Ejaculation disorders are caused by a huge variety of things, as it happens. There's a phenomenon called retrograde ejaculation, where semen actually goes backward into the bladder instead of outward; problems may be being caused by certain medications, like anti-psychotics; and neural conditions and problems with the spinal cord might have a role in the difficulty. But either way, they need to be checked out, because sperm plays rather a vital role in the whole baby-making deal.

2. Varicocele Of The Testicles

If you notice a lump or swelling in the testicles, one potential cause may be a varicocele, and it spells bad news for your capability to reproduce. Fortunately, however, it's easily corrected in many cases. A varicocele is a swelling of veins in the testicle, rather like a varicose vein, preventing proper drainage and lowering sperm count. We're not actually sure what causes it, but signs of it include dull pain, swelling of the testicles, lumps, and visibly enlarged, angry veins.

It's supposed to occur in 10-15 percent of men, and can be solved with surgical intervention, though the thought may not be entirely pleasant: the veins can either be clamped, or a small coil inserted to prevent blood from entering them.

If you have any kind of lump or problem with your testicles, though, it's worth getting checked out, because it may prove to be an impediment to fertility. A blocked tube in the testicle may occur after surgery or a traumatic impact, STDS may have scarred the sperm ducts, and cancer or infections may have played havoc with their normal functioning. If a sign of swelling or pain occurs, it needs to be checked out immediately.

Low sperm count causes infertility for the simple reason that not enough sperm get a chance to get to the eggs for fertilizing purposes. This has a fascinating scientific name (oligozoospermia), but is actually the cause of a lot of pain and difficulty to many couples trying to conceive. The definition of "low" sperm is defined as fewer than 15 million sperm per milliliter of semen, which still sounds tremendous — but considering that semen analysis medicine counts between 20 and 150 million sperm per milliliter as normal, you may get an idea of the scale involved here. This is not something you can detect on your own.

This is one of those symptoms that doesn't show up without a diagnostic test, but it's also not an uncomplicated explanation. Many things can cause sperm counts to plummet; the Mayo Clinic lists many, from infections in the testicles to high levels of sperm-attacking antibodies, environmental exposure to toxins, imbalanced hormone levels, and previous experience of STDs. Some of these can be solved, while others require a longer, harder road.

4. An Inability To Smell

This is a fascinating one, and it's actually associated with a genetic disorder called Kallman's syndrome. It happens in both men and women, and is basically a puberty disorder; it's exceptionally rare, but it means that puberty never fully starts or finishes. It traces back to pre-birth, where gonadotropin-releasing hormone (GnRH) neurons don't take their normal journey from the olfactory area to a part of the brain called the hypothalamus during fetal development. This leads to hypogonadotropic hypogonadism, or the malfunction of the testicles. A strange side-effect is the complete absence, in up to half of sufferers, of a sense of smell.

Some people will be well-aware they have Kallman's, but others won't; signs in men include "decreased libido, erectile dysfunction, decreased muscle strength, and diminished aggressiveness and drive," according to Medscape. And then there's the absence of smell, which happens because the smelling part of the brain hasn't fully or properly developed.

Klinefelter's syndrome occurs at a rate of about 1 in 600 people with male reproductive organs. It's a genetic condition that means they're born with an extra X chromosome, and that apparently simple addition means some very complex things for fertility. The primary sign is very small testicles, which are too tiny to produce enough testosterone for puberty. Hence men with Klinefelter's syndrome also tend to have insignificant facial hair, fat growth around the breast area, thin bones, and disproportionate bodies.

The news for people with Klinefelter's who'd like to conceive is a bit mixed. If viable sperm is found in the testes, it can be extracted for fertilization, and some varieties of Klinefelter's can actually be fertile. If you're diagnosed and treated with testosterone relatively young, the story seems fairly positive, but you'll likely be referred to a genetic counselor in infertility if this is your issue when you're trying to have a kid.