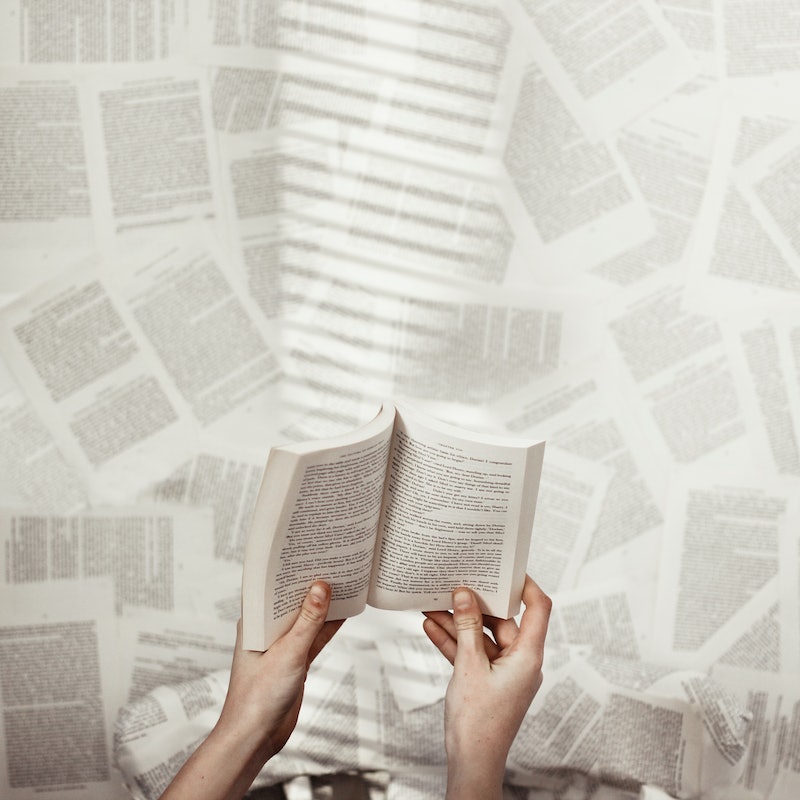 Reaching the final line of a book is always a bittersweet farewell. You've come to love and adore certain characters. You've possibly even cried at certain points over how much you love them. The plot has finally resolved (or completely surprised you with a twist), and now you're forced to return to the world of reality. That being said, endings are crucially important to how much you end up loving a book. Your opinion of a book can come down to those last few sentences — or even the final line.

I've read a few books where the ending completely ruins the entire novel for me. For the most part, though, the ending is what I'll go back to again and again, reliving those last words. Some authors are naturally talented at wrapping up a story with a neat little bow, while others excel at leaving us with a philosophical question that lingers. Whichever type of ending you prefer — a happily ever after or new beginning — there are a few last lines throughout literature that are not only beautifully written, but beautifully told.

In case you're like me and love reliving endings, here are 17 of the most gorgeous final lines ever written:

1. "While the astronauts, heroes forever, spent mere hours on the moon, I have remained in this new world for nearly thirty years. I know that my achievement is quite ordinary. I am not the only man to seek his fortune far from home, and certainly I am not the first. Still, there are times I am bewildered by each mile I have traveled, each meal I have eaten, each person I have known, each room in which I have slept. As ordinary as it all appears, there are times when it is beyond my imagination."

— Interpreter of Maladies by Jhumpa Lahiri

— The Beginning of Everything by Robyn Schneider

3. "So we beat on, boats against the current, borne back ceaselessly into the past."

4. "This is not a full circle. It's Life carrying on. It's the next breath we all take. It's the choice we make to get on with it."

— Don't Let's Go to the Dogs Tonight: An African Childhood by Alexandra Fuller

5. "Whatever we had missed, we possessed together the precious, the incommunicable past."

— My Antonia by Willa Cather

6. "I'm skimming across the surface of my own history, moving fast, riding the melt beneath the blades, doing loops and spins, and when I take a high leap into the dark and come down thirty years later, I realize it is as Tim trying to save Timmy's life with a story."

— The Things They Carried by Tim O'Brian

7. "But, in spite of these deficiencies, the wishes, the hopes, the confidence, the predictions of the small band of true friends who witnessed the ceremony, were fully answered in the perfect happiness of the union."

8. "The step through the gates that takes you from painted ground to bare grass feels heavy. You think, as you walk away from Le Cirque des Reves and into the creeping dawn, that you felt more awake within the confines of the circus. You are no longer quite certain which side of the fence is the dream."

— The Night Circus by Erin Morgenstern

9. "Whatever our struggles and triumphs, however we may suffer them, all too soon they bleed into a wash, just like watery ink on paper."

— Memoirs of a Geisha by Arthur Golden

10. "We were dancers and drummers and standers and jugglers, and there was nothing anyone needed to accept or tolerate. We celebrated."

11. "How wonderful the flavor, the aroma of her kitchen, her stories as she prepared the meal, her Christmas Rolls! I don't know why mine never turn out like hers, or why my tears flow so freely when I prepare them - perhaps I am as sensitive to onions as Tita, my great-aunt, who will go on living as long as there is someone who cooks her recipes."

— I'll Give You the Sun by Jandy Nelson

13. "My personal rollercoaster. Not so much a rollercoaster - a rollercoaster's too smooth - a yo-yo rather - a jerking, spinning toy in the hands of a maladroit child, more like, trying too hard, too impatiently eager to learn how to operate his new yo-yo."

— Any Human Heart by William Boyd

14. "I lingered round them, under that benign sky; watched the moths fluttering among the heath, and hare-bells; listened to the soft wind breathing through the grass; and wondered how anyone could ever imagine unquiet slumbers, for the sleepers in that quiet earth."

15. "A sound of clicking heels on the pavement punctured the quiet. Alex snapped open his eyes, and he and Bennie both turned—whirled, really, peering for Sasha in the ashy dark. But it was another girl, young and new to the city, fiddling with her keys."

— A Visit from the Goon Squad by Jennifer Egan

16. "The broken flower drooped over Ben's fist and his eyes were empty and blue and serene again as cornice and facade flowed smoothly once more from left to right, post and tree, window and doorway and signboard each in its ordered place."

17. "Thomas Edison's last words were: "It's very beautiful over there." I don't know where there is, but I believe it's somewhere, and I hope it's beautiful."

— Looking for Alaska by John Green