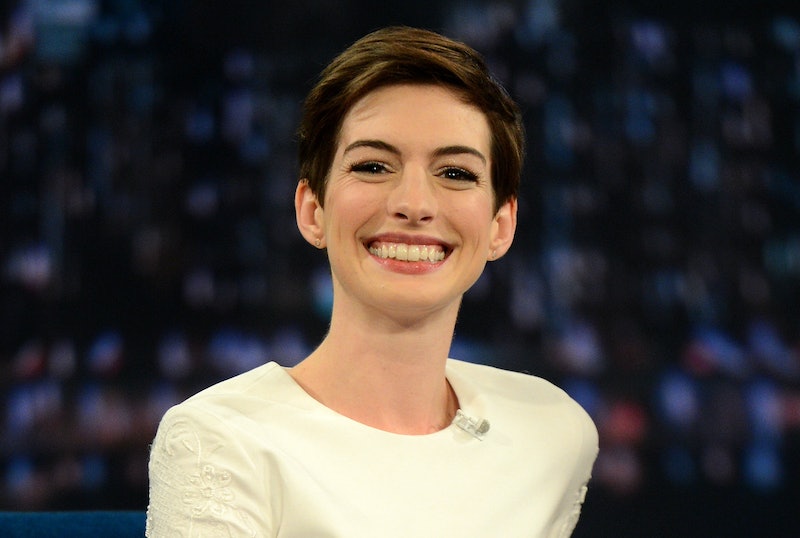 If you were wondering where your next dose of impeccably-designed onscreen spaces will be coming from, the answer is the usual: The next Nancy Meyers movie is on its way. And this time, her aspirational interiors will be occupied by Anne Hathaway, who'll be making her comeback of sorts via Meyers' The Intern.

The Intern follows Robert DeNiro as an older man (presumably the intern in question) who goes to work at a clothing website for the experience. The role for the female lead has been cycled through a bit at this point, originally being held by Tina Fey, then Reese Witherspoon, and now Hathaway.

The Oscar-winning actress noted a few weeks back, when she was at the Sundance Film Festival promoting her new movie Song One, that she deliberately took a step back from the spotlight after the rather vitriolic backlash that sprung up around her Oscar campaign. As she told The Huffington Post during the festival, "My impression is that people needed a break from me." Apparently, that break is officially over.

She's still got a few other projects in the works including Christopher Nolan's Interstellar with Matthew McConaghey and Jessica Chastain, so she's already dipping her toes back into the Hollywood whirlpool again. But hopefully signing on to The Intern means Hathaway's ready to dive back in a big way and confront the fact that sometimes massive backlash is just a hump that so many long-term successes have to climb over.