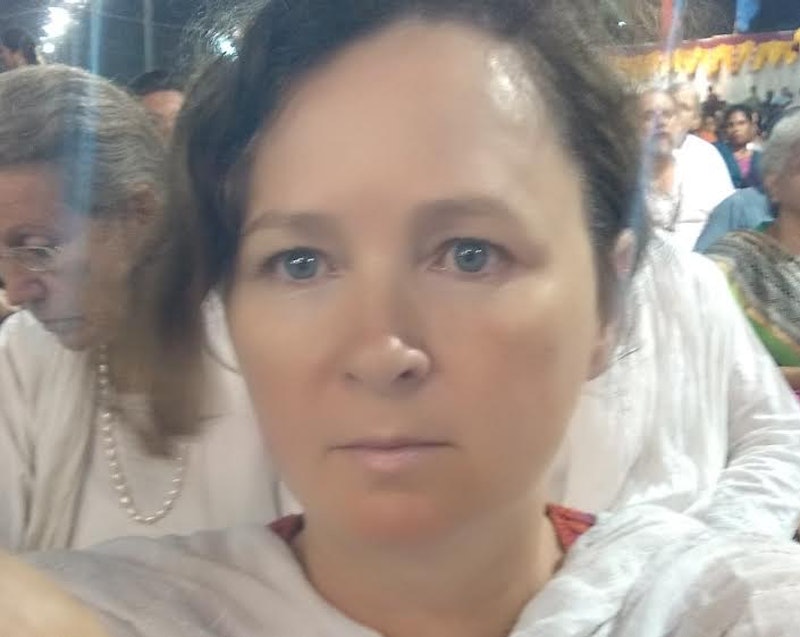 In the summer of 2015, I was asked to take on an unusual job, to direct a TV series in Kenya. My role as series director and script producer was not what made it different than normal work, but rather, it was the fact that the show, Makutano Junction, was being produced for sponsors rather than a broadcaster; in this case, for UN Women and an educational group. This kind of TV show sponsorship model works in Africa where NGOs and some foreign government agencies have budgets which are to be spent to uplift and improve the lives of some of the poorest people on our planet. I was never going to say no to doing this, but what attracted me the most was a particular aspect of the job that allowed me to train an all-Kenyan film crew, especially two new, female directors who were to shadow me throughout the 13-part series.

The show itself already had feminist leanings. UN Woman has a big agenda in Kenya to improve the lives of women, where they don't have equal status to men, either socially or professionally, and so the group chose female empowerment to be the overarching theme for Makutano Junction. The series is about the lives, loves and small town dramas of a group of people who live in a peri-urban Kenyan village. They aren’t quite rural villagers, but neither are they city sophisticates; they represent a cross-section of the average working Kenyan. The show had been running in East Africa for 13 seasons, but in the past two, it had lost its audience and was failing. I was hired in part to breathe new life back into it.

Since the series was originally developed more than a decade ago, it was a huge task to reinvent it; a lot of the existing infrastructure and people involved were resistant to doing things differently and, as I was very new to both the show and the country, I had a huge learning curve on cultural issues and diplomacy. But this was also the exciting part for me. When I arrived in Kenya, I had my first meeting with the production staff, including producer Patricia Gichinga. A woman who'd worked in production for years but was taking on drama for the first time, Patricia was intelligent and resourceful, and so when one of my selected trainee directors did not show for the first meeting, I offered her the chance to take their place and work with me. She’d watch and learn what I’d do and, later, utilize all the skills she has gained to direct an episode on her own. Luckily, Patricia jumped at this chance. The other trainee director was Mkaiwawi Mwakaba (MK), an editor who had worked on the show for a number of years, and took the opportunity as a natural move over to directing.

"In a patriarchal society like Kenya's, there is no yin to balance the yang."

Most of the writers of the show were women, and in our storyline sessions, we began to develop its themes, particularly what the idea of “female empowerment” actually meant to female Kenyans. We then created storylines which evoked this; our female characters began to develop their own businesses, took on more responsibilities in the workplace, formed fellowships with other women to escalate their standards of living, and deconstructed traditional belief systems where the men made all the decisions in a marriage and women simply looked after the kids. It was no easy task; it’s a patriarchal society, and so we encountered a lot of resistance to these ideas. We also had a responsibility to educate men on listening to the needs and desires of their partners, and allow space for a conversation to emerge between couples as to what would work for both of them.

Yet although we developed more overt scenes where the sisterhood came together to support each other in the face of blatant misogyny and domestic violence, I also wanted to bring forward the subtle ways in which women can undermine each other to gain male approval. Much of this behavior points, I believe, to an overarching lack of understanding of women's strength, as as well as the different values men and women sometime hold. Arguably, women who undermine other women in subtle ways, like gossip and social outcasting, are supporting the cause of male values by devaluing their own femaleness. And in a patriarchal society like Kenya's, there is no yin to balance the yang; it’s unsurprising that relationships become unbalanced and often violent.

"Instead of fighting each other for masculine recognition, why not put that energy into seeking a restoration of the balance between men and women?"

If these issues are to be addressed properly, it should be to restore the balance of power for both male and female qualities and to engender a space where there is an honoring and a great respect for their differences. Instead of fighting each other for masculine recognition, why not put that energy into seeking a restoration of the balance between men and women, I thought. My trainee directors agreed with these ideas, and although they didn’t have a great deal of input in the scripting process, they attended every session and began adopting these ideas in their own relationships with the crew, who were mostly men.

As such, I found that the crew really supported both me and these young women to bring the series up to a higher standard; they collectively worked incredibly hard to achieve what we wanted. Over the weeks, the actors became more and more excited about the new direction the show was heading in and felt valued when asked for their opinion about their characters and their lines. They were given the confidence to contribute creatively to their characters' storylines. This may not necessarily be the standard way to do it in a US- or UK-made soap like East Enders or Coronation Street, where the scripts are sacrosanct and the actors learn their lines and change little, but this kind of "open" process supports a space of creativity where you respond to the moment rather than the rigid fixed structure that had been in place. This was all new for the old Makutano Junction team, and it was challenging to get them to understand it and accept it, especially since I myself was so new.

But it worked. The series regained the public’s interest and the audience figures increased, and there was a lot of positive feedback from viewers. The UN, who were delighted by the series, went on to sponsor another series which Pat and MK are now directing. The trip and experience was a great success. I’m personally proud that these two talented young women produced very good work and were nurtured in an environment that was more caring and creative than it otherwise would have been.

Lisa Sabina Harney is a writer, producer and director. Lisa is a member of Directors UK and a full interview on her experiences in Kenya can be found at www.directors.uk.com.

More like this
'Heartstopper’s Kit Connor Revealed Why He Doesn't Label His Sexuality
By Nola Ojomu
Sandra Bullock, Girlboss Extraordinaire
By Matt Harkins & Viviana Olen
'Derry Girls’ Dylan Llewellyn Will Star In C4’s New Queer Comedy
By Rachel Mantock
'Gentleman Jack’s Cast & Crew Are Keen On Season 3, Too
By Frances Stewart
Get Even More From Bustle — Sign Up For The Newsletter