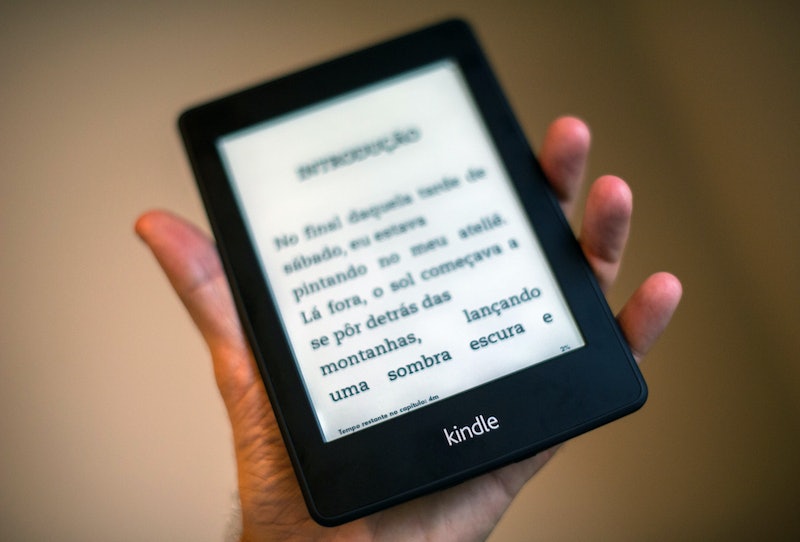 The major drawback to self-publishing, as opposed to being published through a traditional publishing house, has always been that it's harder to get your book into the hands of readers — or rather, in the digital age, onto their Kindles. While publishing companies have marketing teams and publicists to create buzz for a book, self-published authors have to promote their books themselves, which is often difficult. But it seems that self-published books are gaining in popularity, at least according to Neilson.

There are a few things to note about these numbers, however. Although total self-published ebook sales did go up, it's possible that's less because self-published books are gaining popularity, or whether they're just becoming more numerous. Self-published titles still tend to sell, on average, far fewer copies than your average traditionally published book — as is evident from the fact that more than half of all self-published authors earn less than $500 from book sales per year.

So is the rapid increase in the sale of self-published books a sign that things are beginning to change and that customers are flocking to self-published titles? Or is it a sign that there are now so many authors self-publishing their books that even if most only sell a handful of copies, added together they just amount to a massive amount of sales? The Neilson data doesn't really give us an idea.

Either way, however, it is clear that self-published books are selling, meaning whatever the future of ebooks books might be, self-published titles will definitely be a big part of the landscape.

More like this
What Is Barack Obama’s Net Worth? He Makes *Way* More Now As An Ex-President
By Hugh McIntyre
The 20 Best Audiobooks To Fall Asleep To
By Aoife Hanna and K.W. Colyard
Your Home Could Seem So Much More Expensive If You Tried Any Of These Cheap Tricks
By Dena Ogden and Sara Brown-Rigoli
Conversations With Friends' Endometriosis Scenes Are As Brutal As It Gets
By Ivana Rihter
Get Even More From Bustle — Sign Up For The Newsletter