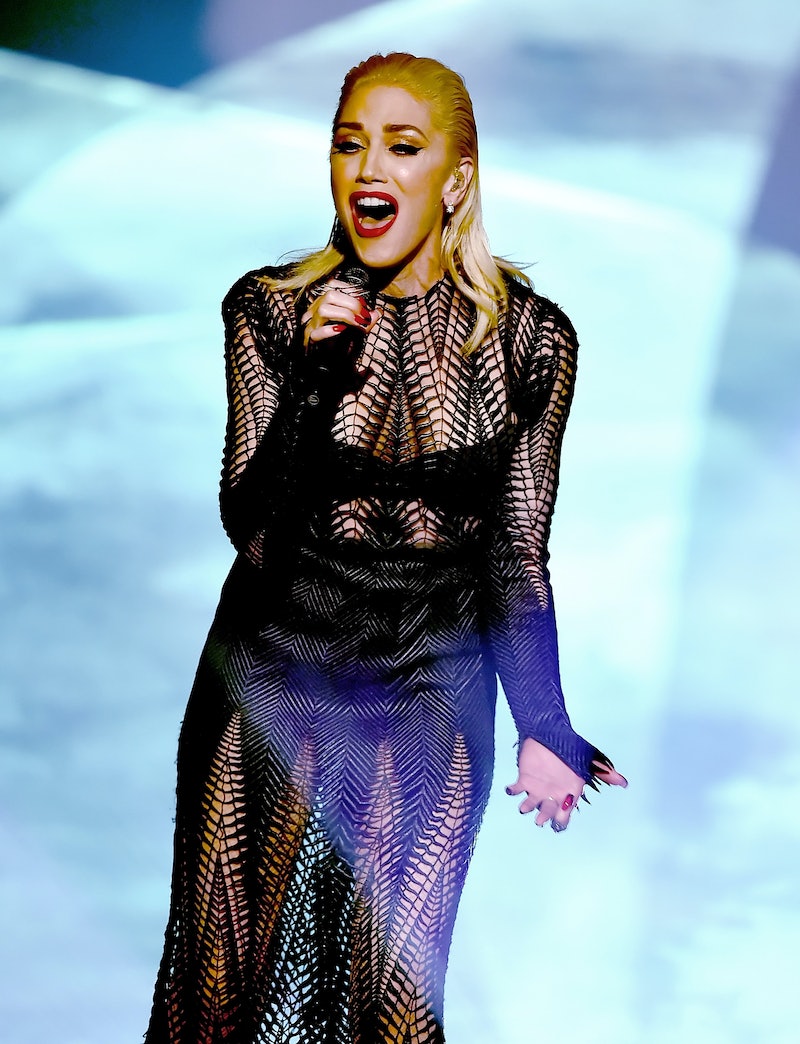 Extraordinary news for a certain Orange County girl: Gwen Stefani's third album This Is What The Truth Feels Like debuted at number one on the Billboard 200 chart. Now, the The Voice coach is no stranger to the number one album rodeo; Two decades ago, No Doubt's breakthrough CD Tragic Kingdom camped out at the top of the chart for weeks. However, the number one solo record rodeo is another story. As Billboard points out, This Is What The Truth Feels Like, which includes excellent singles “Used To Love You” and “Make Me Like You,” is Stefani's first number one solo album. Remember Love. Angel. Music. Baby. and The Sweet Escape? The two phenomenal pop albums that pumped out hit after hit? Neither reached number one. I'll wait while you pick your jaw up off your desk.

In 2004, Stefani dropped Love. Angel. Music. Baby., a collection of indomitable jams that includes bangers like "Crash," "Hollaback Girl," and "Cool." And how did we show Queen Gwen our appreciation? We sent the CD straight to the fifth spot on the Billboard 200 chart. We let Queen Gwen down.

And then in 2006, Queen Gwen gave us yet another generous gift/a chance to redeem ourselves. The Sweet Escape. And once again, she oh-so generously gave us gifts like “Wind It Up,” “The Sweet Escape,” “Early Winter,” “Yummy,” and “Now That You Got It.” And how exactly did we thank her? We sent the CD straight to number three. Once again, we let Queen Gwen down.

Look, I don't want to undermine the success of these two albums; hitting the top 10 is an impressive feat. However, we're talking about two near-perfect pop albums that deserve the sun, the moon, the stars, and the number one spot. Let us review the evidence, shall we?

The Sweet Escape is a sweet escape for my ears.

Look at your watch now. The Sweet Escape is a super hot album.

After all that we’ve been through, we know L.A.M.B. is cool.

Don't get it twisted, don't get clever, The Sweet Escape is one of the best CDs ever.

Number one or not, one thing is certain: the oeuvre of Gwen Stefani is a timeless treasure.