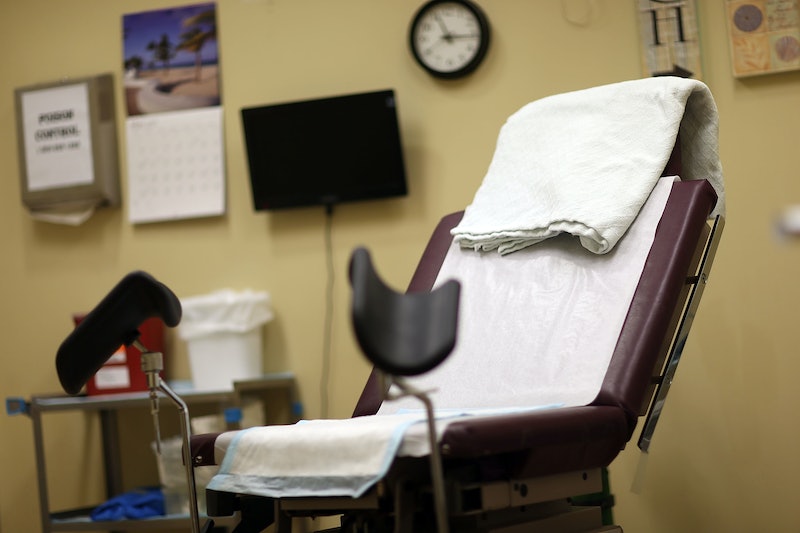 Utah Governor Gary Herbert signed a bill Monday that would require doctors to give anesthesia to individuals seeking abortions at 20 weeks gestation or later. The bill is based on the inconclusive notion that a fetus can feel pain at that point in the pregnancy, so all individuals seeking abortions at that point need to be sedated in order to protect the fetus. Any anesthesia would need to go through the woman, however, in order to reach the fetus. The previous law gave women the option of anesthesia, but it was not a requirement. The new legislation was sponsored by Sen. Curt Bramble, who initially hoped to have 20-week abortions banned altogether, but was warned that such a move might be unconstitutional.

The bill targets a small percentage of women seeking abortions — about one percent of abortions in Utah were performed after 20 weeks in 2014. Doctors are concerned that this bill will put women at unnecessary risk, putting the potential pain of a fetus ahead of the health and safety of a pregnant woman. Whether a fetus would feel pain during a 20-week abortion is unproven, but it seems like an extra unnecessary step for someone to have to take in order to terminate a pregnancy. "You're telling women that they have to have something that's going to increase their risk based on a conclusion that is not true," Dr. Sean Esplin of Intermountain Healthcare told the Associated Press.

This is the first law of its kind to be passed in a U.S. state. A similar law was passed in Montana in 2015, but was later vetoed by Governor Steve Bullock. Under Utah law, abortion is in part defined as "the intentional termination or attempted termination of human pregnancy after implantation of a fertilized ovum through a medical procedure carried out by a physician or through a substance used under the direction of a physician."

According to David Turok of the University of Utah's obstetrics and gynecology department, such a vague definition of abortion could extend to a doctor inducing labor if a woman is past her due date, or if there's a problem with the pregnancy. He said that, under these circumstances, a woman could be required to undergo general anesthesia in these cases as well. Turok said, "You never give those medicines if you don't have to." The bill seems to be yet another piece of legislation centered on controlling reproductive choices and sexuality, rather than on the health and well-being of pregnant individuals.

More like this
How To Fight For Reproductive Rights, Based On How Much Time You Have
By Courtney Young
23 Abortion Funds In States With Trigger Bans To Donate To
By Emma Carey
LGBT+ Men Fleeing Afghanistan Were Denied Asylum By The Home Office, New Findings Show
By Sam Ramsden
Celebrities & President Biden Are Enraged By The Leaked Roe v. Wade Decision
By Alyssa Lapid
Get Even More From Bustle — Sign Up For The Newsletter