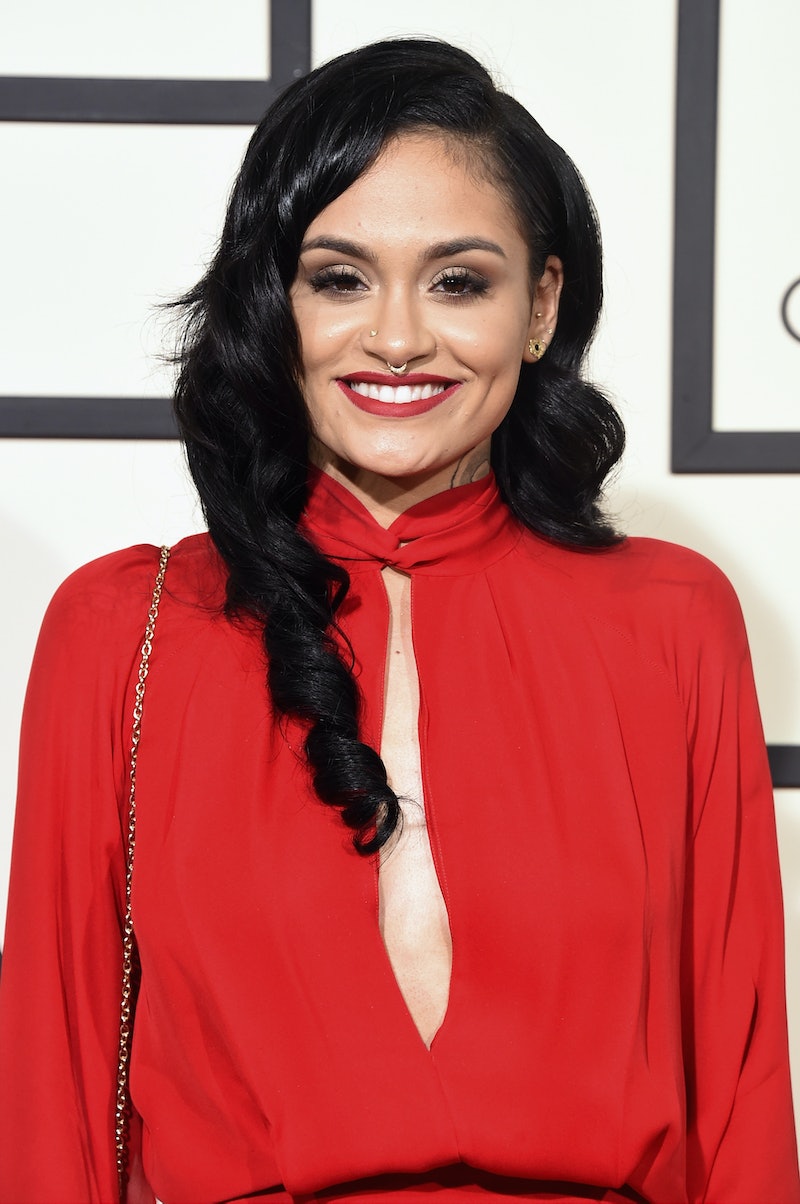 If you checked Twitter on Tuesday morning, you probably noticed that #StayStrongKehlani was trending worldwide. And in case you were wondering why, there's a sad story behind it. On Monday night, Kehlani Parrish was allegedly hospitalized after attempting suicide. The alleged suicide attempt came after rumors that accused the singer of cheating on her boyfriend, NBA player Kryie Irving, with singer PARTYNEXTDOOR.

A rep at Parrish's record label had no comment at this time.

According to the New York Daily News, Parrish was attacked on Twitter Monday after a photo of her and PARTYNEXTDOOR (real name: Jahron Anthony Brathwaite) surfaced online. They dated before she and Irving were in a relationship, and according to an Instagram caption Parrish allegedly posted and deleted, although she and PND are now back together, she and Irving were split up before they reunited.

The New York Daily News claims that explanation came attached to a photo of Parrish in a hospital bed, hooked up to an IV. In the same caption, she also allegedly admitted that she had attempted to end her life, and later shared (and deleted) a photo of PND at her bedside with a caption claiming that he's the reason she survived.

An alleged screenshot of the Instagram caption attached to the photo of the IV can be seen here and read below:

today I wanted to leave this earth. Being completely selfish for once. Never thought I’d get to such a low point. But.. Don’t believe the blogs you read .. No one was cheated on and I’m not a bad person… Everyone is hurt and everyone is in a place of misunderstanding.. But as of today, I had no single wish to see tomorrow.. But God saved me for a reason, and for that… I must be grateful.. Cuz I’m not in heaven right now fora reason… On that note.. Bye Instagram.

Parrish also allegedly posted and deleted a longer post about what she's been going through. Her Instagram account still exists, but everything she's ever shared has been removed. An alleged screenshot of the message can be seen here and read below:

not always crying for attention or help, I got my mama number on speed dial for that sh*t. is everyone that conditioned to celebrities not being REAL PEOPLE??? I’m f*cking going thru it. Going thru 20 year old drama queen issues and figure since all the trials in my songs that have seemed to help so many others, sharing my truths must be continued. Yes I go thru some crazy ass sh*t. But YES I TELL THE STORY SO THAT HOPEFULLY SOMEONE ELSE WHO NEED TO HEAR IT, WOULD. Im tired of being called the “cry for help” cuz never in my life have i EVER asked a single soul to take pity on me no matter WHAT I’m going thru. And since you’re begging for the truth on my love life: I am severely utterly in love with my first love. Went thru a bad breakup and ended up easing into a relationship with a man who was one of my bestfriend. Tho we reaIlized we both weren’t exactly at a time where we were prepared to do so. No I’m not a CHEATER, a THOT, im a BELIEVER IN FOLLOWING YOUR HEART and not LYING TO YOURSELF. And in all aspects on everyone’s side, EVERYONE IS HAPPY AND HONEST AND MATURE. Social media is the goddamn devil. Go outside and play, you have your own lives to live that don’t revolve around “celebrities” or “socialites” who are simply trying to live lives just like you.

Although many speculate that social media was a factor in her alleged suicide attempt, the tables have turned. Now, more than 35,000 tweets have been shared to show support for Kehlani in such a difficult time, but she hasn't made a comment about the worldwide trending topic she has inspired yet. Hopefully, she knows that so many people are sending her positive thoughts.