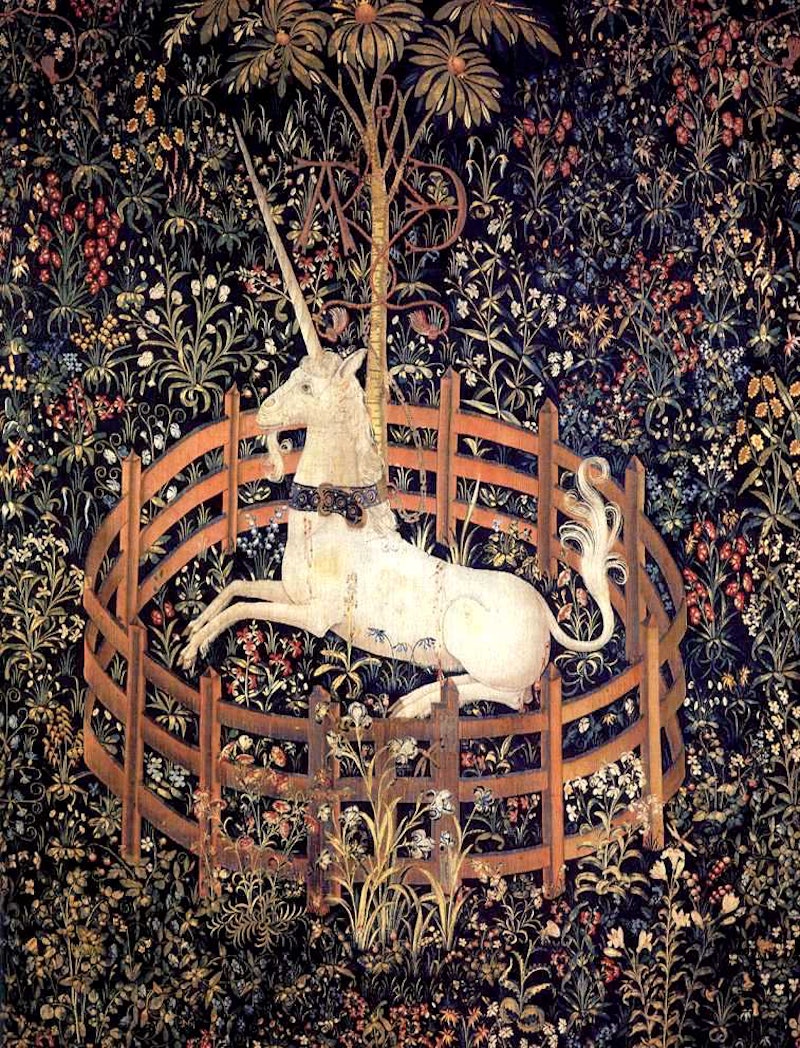 Friends, this is not a drill. I repeat, this is not a drill. Unicorns are real, and all of our deepest, happiest childhood dreams have come true. OK, well, kind of. Researchers from Tomsk State University in Russia have found a fossilized skull of the “Siberian unicorn,” also known as Elasmotherium sibiricum. This well-preserved skull, discovered in the Pavlodar region of Kazakhstan, suggests that the Siberian unicorn roamed the Earth a lot more recently than was previously thought.

Before you get lost in daydreams of frolicking in meadows with sparkly, graceful mono-horned equine with magic powers, you should know that the Siberian Unicorn doesn’t much resemble the main character of The Last Unicorn (aka the Greatest Film of All Time). Although popular portrayals of unicorns often depict delicate, ethereal creatures, the Siberian unicorn was a tank, standing at roughly six and a half feet tall, almost 15 feet in length, and weighing eight thousand pounds. As Science Alert points out, that’s closer in size to a woolly mammoth than a horse. In general, the Siberian unicorn looked like a massive, furry rhinoceros, with a long, thin horn protruding from the center of its face. The researchers believe that the skull they found in Kazakhstan came from an older, male Siberian Unicorn.

What’s remarkable about this fossil is its age. Previously, scientists believed that Elasmotherium sibiricum went extinct 350 thousand years ago. This specimen completely upends that idea — it died only 29 thousand years ago, suggesting that this species survived a lot longer than people thought. The researchers are now investigating how the Siberian unicorn was able to survive for so long, especially when other members of the species were wiped out hundreds of thousands of years earlier. They suspect that the creatures may have migrated, or found a protected environment in the southern part of Western Siberia.

Images: Beyond My Ken, Ghedoghedo/Wikimedia; Giphy

More like this
'Black Mirror' Season 6 Is Reportedly In The Works, Here’s What To Expect
By Maxine Harrison
The 7 Best Slow Feeders For Cats
By Masha Vapnitchnaia
The 10 Best Cat Puzzle Feeders
By Lauren Moison
TikTok's Favorite Bartender Thinks Mimosas & Bloody Marys Are Out For Brunch
By Alexis Morillo
Get Even More From Bustle — Sign Up For The Newsletter