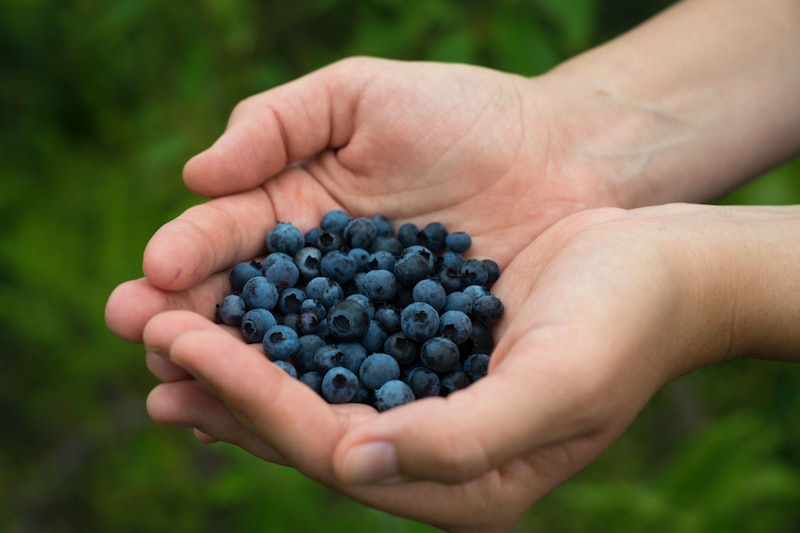 It's a shame that cold and flu season is pretty much, in all actuality, a majority of the year. Even though you might have gotten your flu shot, you can still fall victim to awful colds that'll eat up your sick days at work (but hopefully, hopefully not your vacation days.) You might wonder if there are certain foods that'll help cure a cold, since eating is something you do naturally — you might as well make it truly count, right?

Adults typically face around two or three colds a year, and while they might be mild, they're still contagious. Even if you think you can hold your own at the office, you're still putting others at risk for feeling lousy down the line. And while having coworkers treat you like you have the plague is never a move that boosts your self confidence, it's true — infecting someone else always makes you feel like garbage, even though it can sometimes seem inevitable, based on the way germs are spread, as well as the amount of shared materials you unknowingly put your sick paws on throughout the day. Having a solid plan to keep your immune system as foolproof as possible is always a smart idea, and not only will it make you feel better in the long run, but it'll remind you that you don't need to fall victim to the common cold.

Here are some foods you should be chomping on to make you feel better, and help your coworkers enter your cubicle with little fear.

Spreading some garlic on your pizza, or incorporating it in your cooking, might help you battle a cold. Supposedly it naturally helps you rid of toxins, and according to a study done on 146 volunteers throughout prime cold season, a daily garlic supplement helped to keep colds at bay. While eating the real stuff is best, supplements are great if you're not too fond of the taste.

Fish is good for you no matter what, but salmon in particular is chock full a vitamin D, the "sunlight" vitamin that often takes a hit during the colder months. It's also high in protein. Not all salmon is equal — while it's definitely known to be a super food, wild salmon is generally seen as being a better source of vitamins than farmed salmon.

I reached out to Dr. Tanya Altmann, who is pretty much a children's health guru, and she suggested green veggies as being extremely important in battling the common cold. While she advocates making sure the home is properly disinfected with Clorox wipes, and notes that sleep is definitely important to help you heal, she made sure to mention that green veggies are key in helping fight colds. "People who eat more green veggies are linked with lower illness and disease rates," she said. Her favorite? Broccoli. "Broccoli has a strong positive impact on our detoxification system and it’s anti-inflammatory," she says. "Nutrient-packed super foods like broccoli are so important during the winter cold and flu season."

It's not just a myth! Good thing this food is super tasty. Back in 2000, pulmonary expert Dr. Stephen Rennard found evidence that there are a lot of anti-inflammatory properties in chicken soup that battle all of the awful side effects that make you feel crummy. His research found that chicken soup helped slow down the white blood cells that gather in your lungs, thus eliminating a few of the less-tolerable cold symptoms and helping you to feel better.

It's common for us to grab a glass of orange juice when we're sick, but actual oranges are far better. Oranges are known for containing a bunch of vitamin C, and might help alleviate your symptoms. LiveStrong reports that oranges might not help a severe cold, but may help aid symptoms that are made worse by an immune system that's been battling colder temperatures and strenuous physical labor.

Dr. Altmann is all about berries, and believes in using them in creative ways that'll help you get more vitamin C. "When berries are out of season, buy frozen and toss them in a smoothie or sprinkle on yogurt," she suggests.

Do you know a lot about zinc? If you're a fan of The Simpsons, you probably remember the hilarious mock-film called "A World Without Zinc." And it was funny, since ... I mean, it's zinc.

But, zinc really is an important mineral, especially as far as colds are concerned. And cooked oysters are known for being a huge provider of the stuff. MainStreet notes that three ounces of oysters will provide about 74 mg of zinc, and will definitely make you feel better if you feel a cold coming on.

For more health tips and ideas, check out Bustle on YouTube.