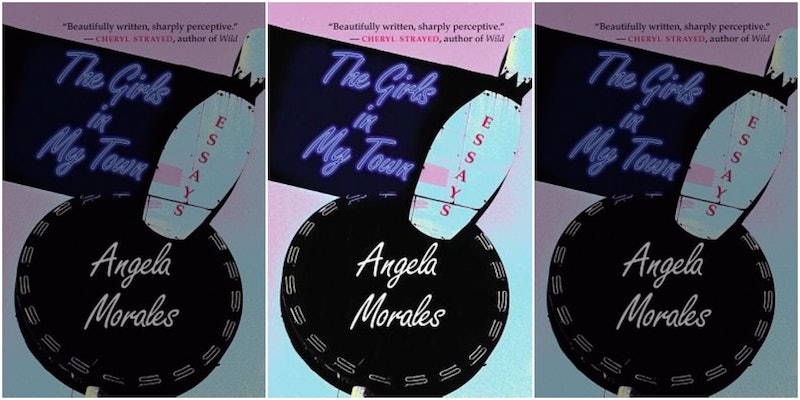 Nearly 50 years have passed since Joan Didion's daring Slouching Towards Bethlehem changed the shape of female-authored nonfiction. In his review of the book for The New York Times, Dan Wakefield wrote, "Her first collection of nonfiction writing ... brings together some of the finest magazine pieces published by anyone in this country in recent years. Now that Truman Capote has pronounced that such work may achieve the stature of 'art,' perhaps it is possible for this collection to be recognized as it should be: not as a better or worse example of what some people call 'mere journalism,' but as a rich display of some of the best prose written today in this country."

Now, our national appetite for nonfiction might be at an all-time high. Given the popularity of everything from Snapchat to reality TV, there seems to be no stopping entertainment that depicts people IRL. Fortunately, the landscape of contemporary nonfiction is populated by wildly talented writers — many of them women writers — who are gamely hewing new nonfiction terrains.

Love to read about the truth (or at least an artful version of it)? These 9 writers will change the way you see the world.

Maybe you've been obsessing over her novel The Border of Paradise or maybe you've been a fan of her inspirational (and totally helpful) blog, but you'll want to keep on keeping up with Esme Weijun Wang. Her essay collection, The Collected Schizophrenias , won the Graywolf Press Nonfiction Prize and promises to be a game-changer a la Leslie Jamison's The Empathy Exams.

The poet, historian, and falconer is the author of H is for Hawk, which won the Samuel Johnson Prize for Non-Fiction. And despite her claim therein that "shocking loss isn’t to be shared, no matter how hard you try,” MacDonald marries memoir and nature writing in her singular 2014 book, the story of how she grieved the death of her father and concurrently trained a goshawk, Mabel.

Ortiz is a groundbreaking, multi-talented writer, a Los Angeles native whose poetry, fiction, and creative nonfiction is nearly always searing and innovative. Her memoir, Excavation, though is required reading for fans of the form: Ortiz depicts the complications of her life with such skill and honesty you'll feel as though you've met her in the flesh.

Sloane Crosley (herself a nonfictional maverick) in a review of Klein's collection of essays, You'll Grow Out Of It, declares the author (a writer for Inside Amy Schumer) a reminder of "what an artful confessional essay can do."

Click here to buy You'll Grow Out Of It.

Talking about contemporary nonfiction without mentioning Maggie Nelson is like leaving Pablo Picasso out of the story of Cubism. Nelson is a chameleonic writer, whose prose can read like poetry or philosophy, whose poetry is investigative and seated in truth. Whether you're reading The Argonauts or Jane: A Murder, you're bound to learn something about nonfiction from Nelson.

Trying To Float: Coming of Age in the Chelsea Hotel is a Rips' first book — after all, she's only nineteen and she just graduated from high school. Once you get over your trajectory envy, you won't be able to put down this funny, canny collection of vignettes about her famous NYC residence and the people she considers closest to her. Here's a voice to watch for decades to come.

Click here to buy Trying To Float: Coming of Age in the Chelsea Hotel .

Morales' collection of autobiographical essays is like writer catnip. In The Girls In My Town, winner of the River Teeth Nonfiction Award, Morales' insightful wisdom and graceful voice unifies such seemingly disparate topics as bowling and foodie-ism. Read with a notebook in hand: you'll want to write down SO many incredible lines.

Click here to buy The Girls In My Town .