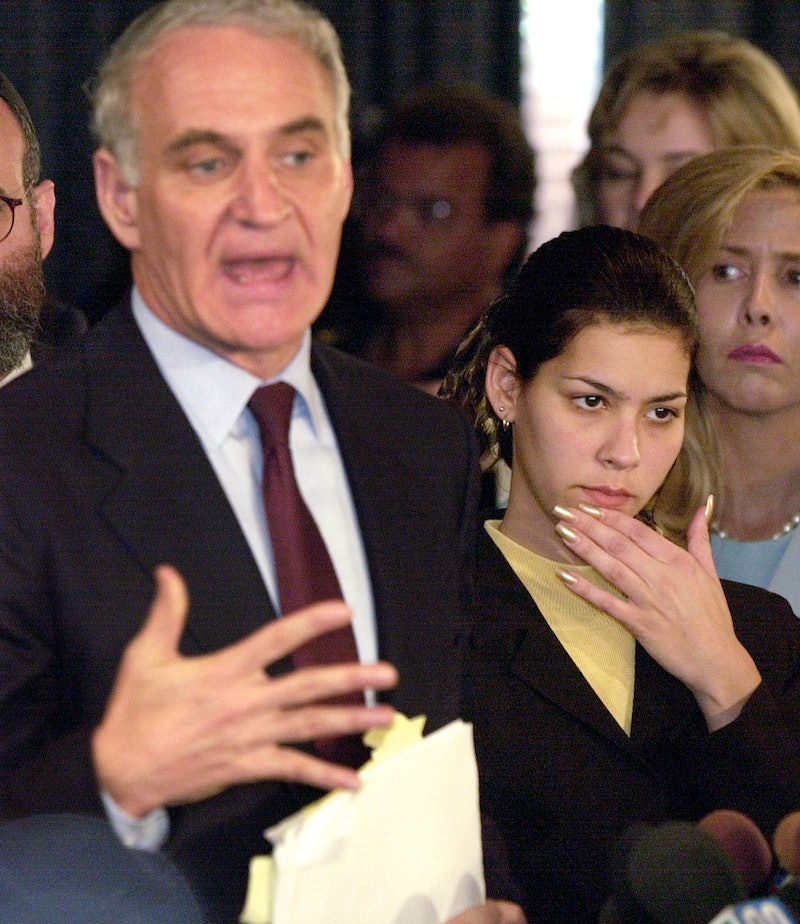 Donald Trump and his campaign manager Corey Lewandowski have spent the better part of March denying that Lewandowski grabbed a reporter as she tried to get a question in with Trump at a campaign rally. But on Tuesday, the truth of the accusation was seemingly confirmed by video evidence of the incident released by the police department of Jupiter, Florida. Lewandowski has now been charged with simple battery. The Trump campaign has already assigned two attorneys to the case, and one of Lewandowski's lawyers, Kendall Coffey, has an, uh, "interesting" past.

Coffey has an extensive career practicing law, as documented on his website. He served as U.S. attorney for the Southern District of Florida from 1993 to 1996. He worked the famous Elian Gonzalez custody battle in 2000, and served as Al Gore's attorney during the 2000 general election vote recount in Florida. Since 2009, Coffey has been the chair of the Southern District Conference, part of the Florida Federal Judicial Nominating Committee. He also teaches, guest lectures, and appears as an analyst on news programs.

Coffey's site lists several accolades the attorney has received throughout his career, including being named as one of Florida's Lawyers of the Year in 2000 by the National Law Journal and making South Florida Legal Guide's "Top Lawyers" list. But what you won't find on Coffey's website is an explanation of why he left his position as U.S. Attorney in 1996 for private practice.

In 1996, Coffey was accused of biting a stripper at the Lipstik Adult Entertainment Club in Dade County. Though he called the charges "completely false," he resigned from his position as U.S. Attorney later that year. He told his staff members in Miami: "With the allegations recently raised and pending, I now have concerns about the possible impact on the important work of my office."

The woman Coffey allegedly bit didn't press charges, and said that his resignation was "not what we wanted," but Coffey was placed under internal investigation by the Justice Department. The results of the investigation aren't clear, but after they were reported to then-Attorney-General Janet Reno, and she met with Coffey, who resigned the next day.

Given his extensive legal career, it's hard to question Coffey's experience. But it's interesting to hire an attorney who has been accused of violence against a woman to defend a man accused of physically assaulting a woman. Curious move, Trump campaign.