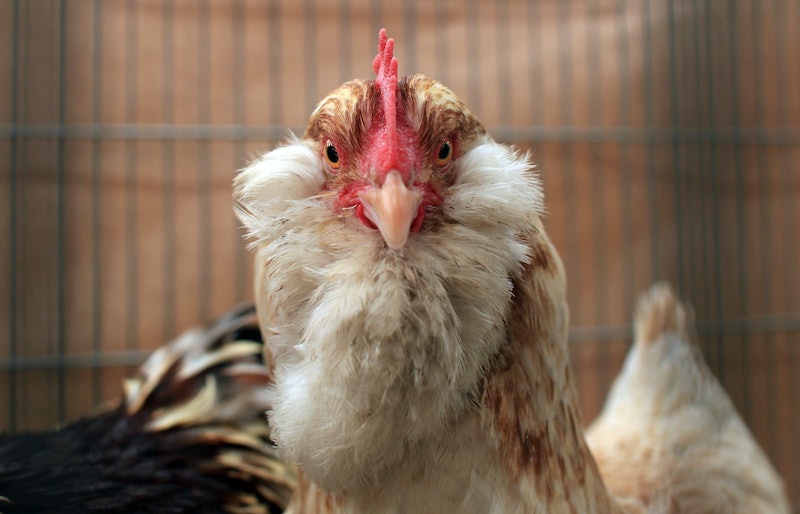 Hipsters were into them before they were cool. Then they started getting all mainstream, and well, you know what happened next: farm sanctuaries across the country are facing an influx of 400-500 abandoned urban coop-orphans per year.

Why, you may wonder, have these chickens been banished to farms, and away from the americanos they've grown so accustomed to? What's diminishing their caché on Craigslist? An NBC News investigation concludes: because, well, they're not accessories.

Because even the best-cared for hens have short egg-laying lives, those once-cute baby chicks will stop "making you breakfast" about two or so years in, as Raising Chickens for Dummies author Rob Ludlow points out. And since chickens are "notoriously hard to sex," some unsuspecting Brooklynites have found themselves stuck with roosters.

Watch out compost bins, you're next.