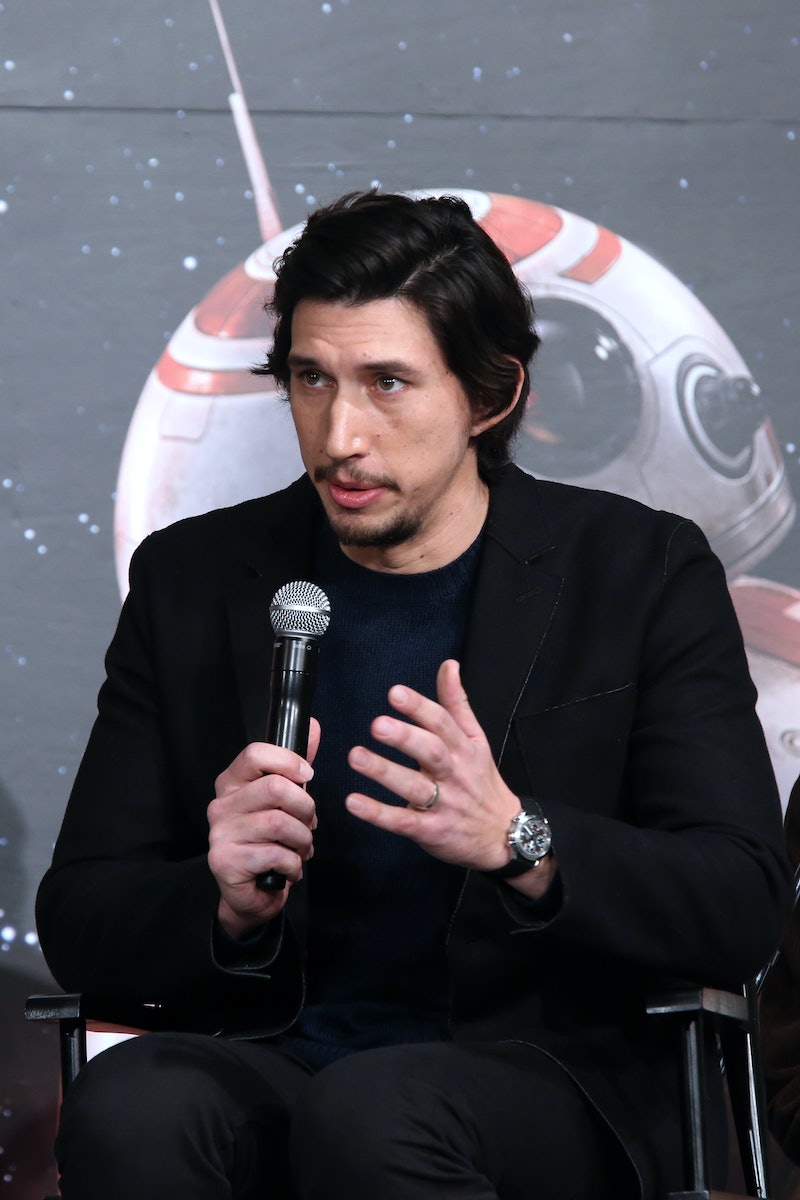 The Force has been awakened, and now Star Wars fans are desperately awaiting the continuation Rey's Jedi training and Kylo Ren's actions as he suffers from the perils of joining the Dark Side. However, before you can head to theaters to go and see Star Wars: Episode VIII, production has to reach its completion and provide some A+ material. And what makes the upcoming movie all the more nerve-wracking? The fact that J.J, Abrams is not going to be directing the film. Instead, fans have to trust the beloved franchise in the hands of someone else, Rian Johnson, though it may seem unnecessary considering the incredible outcome of The Force Awakens. But, according to Kylo Ren himself, Adam Driver, production for Episode VIII so far proves that there's no need to fear. Johnson has got this.

According to a recent interview Driver gave to Entertainment Weekly, things seem to be totally under control with Johnson taking the reigns. Despite the cast and crew only being halfway through production, the Kylo Ren actor seems to be feeling extraordinarily confident about the next installment of the franchise. While promoting his latest film, Midnight Special, Driver spoke to EW about the comparisons between working with Abrams and Johnson. And it may actually seem as if the new director has it easier, considering that he's entering it all in the second time around. Said Driver,

“Their temperaments are different. I feel like there was so many moving pieces in the first one – just trying to solve it and set the vocabulary for what it was. There’s a lot of that anxiety that's kind of gone, because people have developed a language. I think it’s more of a testament to Rian — coming into something very established and making it [his own]. I can’t wait to get on set, just because he’s so unassuming and intelligent and approachable. And the script they’ve come up with is really great.”

A great script, an established tone and language from the first one that's still being preserved, and an "unassuming and intelligent and approachable" director like Johnson? Sounds good to me. If everything really is running as smoothly as Driver makes it seems, well then I think it's safe to say that everyone can just take one big deep breath. Because, yes, the future of the franchise is in good hands. And if Kylo Ren's fluctuating temper can be calmed by this news, then even Star Wars superfans can stop freaking out.

Driver isn't the first person to comment on Johnson's solid job directing Episode VIII. In a recent interview with Entertainment Tonite , star Daisy Ridley had nothing but positive things to say about her director. "It's still very lovely and warm and friendly. Just like VII was," the actor said of the filming atmosphere, before going on to say that things are "a little bit freer" on set than they were in the first movie. Sounds too good to be true — but I'm glad it's going well, because with a happy cast and crew, Star Wars Episode VIII, out Dec. 15, 2017, is already off to a great start.