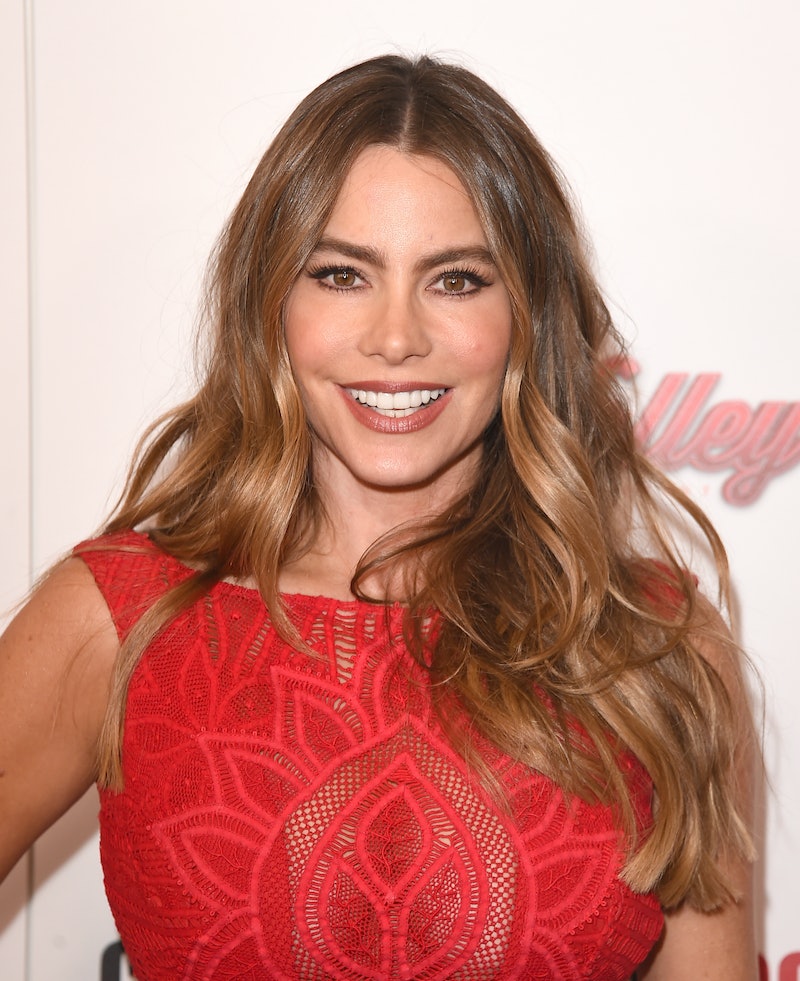 There’s a lot to love about Sofia Vergara: her style, her grace, and her uncanny ability to make people laugh are just a few reasons we can't get enough of her. She became a true household name in 2009 with her breakout role in ABC’s Modern Family, and that's when our hair (and life) envy began. Sofia Vergara is a capital-B "Boss," and Sofia Vergara's hair and personal style more than live up to her reputation.

Year after year, award show after award show, Vergara has shown off her great style with bright, body-conscious dresses, sparkling jewelry, and fresh makeup. But if there’s one thing we’d love to steal from her, it’s her hair. This woman has some serious locks. Cascading in a wave of shiny, beautiful glory, Vergara brings her hair "A" game to every single event, premiere, and party she attends. Just take one look at her Instagram, and you’ll be hard-pressed to find a photo that features a messy bun, lazy ponytail, or low-maintenance braid. Now that’s commitment.

Not only that, but her talents go behind the camera. In 1994, she co-founded a major talent management and entertainment-marketing firm, LatinWE, and in recent years she co-produced the 2015 film Hot Pursuit.

To celebrate Sofia Vergara's breathtaking beauty – both inside and out – we’ve partnered with Head and Shoulders to round up her greatest hits.

But first, let me warn you: these pictures are going to give you some major hair envy.

Even when she decides to make her earrings the focus of her outfit, Sofia's hair still steals the spotlight. This half-up, spiraled perfection is everything.

Plug in that flatiron, girl. This look is straight-up fierce.

Here, Sofia is bringing some serious class with an understated and sophisticated updo.

These surfer-girl waves are making us want to head to the beach right now.

Leave it to Sofia to inspire us with a high-impact hairstyle that doesn't require a lot of time or effort. Simply curl a few pieces, run your fingers through your hair – and let it fall in your face.

This cut should make everyone want to book their next hair appointment.

These shiny waves are the epitome of old Hollywood glam: a look no one pulls off better than Sofia.