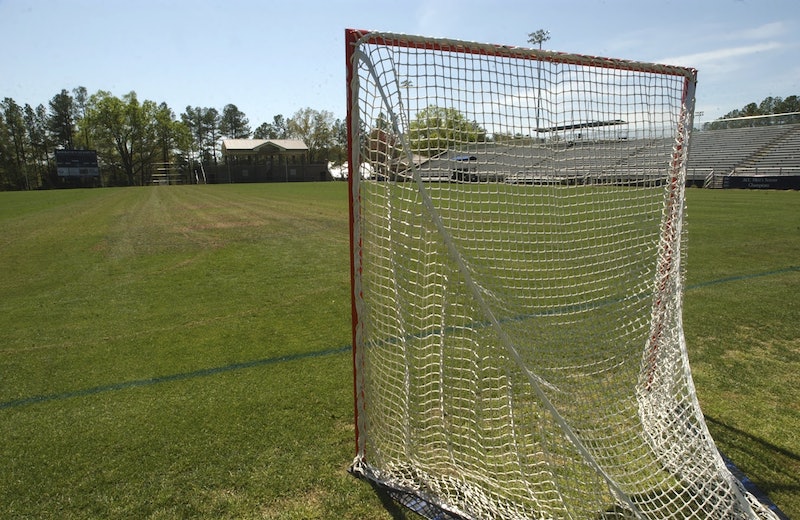 Located in Durham, North Carolina, Duke University is perhaps first and foremost known for its men's basketball program. But in 2006, it was a different men's team that had the country's attention. This March, ESPN highlighted the Duke men's lacrosse scandal in an episode of its documentary series, 30 for 30. If you missed it on air, you might still be able to catch the doc in some other way.

Each 30 for 30 episode chronicles some notable moment in sports history, from college football scandals to professional baseball comebacks and everything in between. Currently in its third season, ESPN's 30 for 30 has now taken on Duke's infamous lacrosse scandal in an episode called Fantastic Lies. In 2006, three Duke lacrosse players were charged with first-degree forcible rape, sexual offense, and kidnapping after a female stripper accused them of raping her while she performed at one of their parties. After a controversial and highly publicized investigation, the players were acquitted. Fantastic Lies attempts to explain why.

Fantastic Lies originally aired on ESPN on March 13. That date marked exactly 10 years since the infamous party happened at the lacrosse players' off-campus house. While it provides an important look at one of the country's most talked-about cases of campus sexual assault, Fantastic Lies isn't easy to find or to watch if you missed its momentous airing.

Unfortunately, streaming Fantastic Lies from ESPN isn't an option — at least, not at the time of this writing. It is available to download from iTunes, though. A standard-definition version will only set you back about $3, and there's a high-definition version available for about $5. But beware: At nearly one hour and 45 minutes long, the episode will require quite a bit of storage space.

It's also possible that the episode will appear on Netflix sometime soon. The streaming service offers a large collection of 30 for 30 episodes, including some from the current season. If you're waiting for Fantastic Lies to show up, you can pass the time by watching I Hate Christian Laettner, a 30 for 30 episode from 2015 that profiles the famous (and infamous) former Duke basketball player.

Since the 2006 case, the Duke men's lacrosse team has won three national championships, and its reputation has been all but cleared from the allegations of sexual assault. At the time, though, the case presented real challenges for the players, the university, and the city of Durham. Fantastic Lies provides a look back at what really happened — and what probably didn't happen.