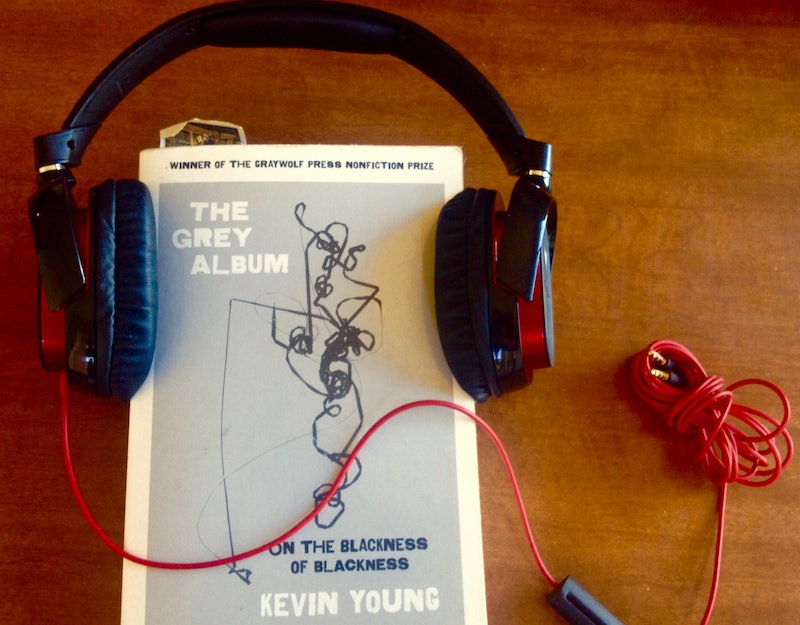 Spotify isn’t just for music-lovers; it can be a book lover’s play land too. Aside from Spotify’s audiobooks and readings of your favorite novels, poems, short stories, and even lectures by some of your favorite writers and intellectuals, the streaming service actually has some pretty great playlists, some of them even compiled by authors themselves, that would make for pretty great companions to your daily reading habit.

The right music only enhances the reading experience. Imagine reading Saga with the Star Wars soundtrack in the background or The Great Gatsby while tapping your toes to the lively music of the Roarin’ Twenties. Imagine enjoying a folky book about a country you’ve never been to with a little local music playing in the background to bring the setting to life. Music can be just the thing to take book immersion to the next level.

The trick is finding the right music for the right book. Music that doesn’t fit the mood or theme of the book can just be distracting. But compiling a custom playlist for the book you’re reading can take up precious hours that might be better spent actually reading. Luckily, some folk have done the work for you. From authors to publishers to enthusiastic readers, tons of folk have made some seriously dope playlists on Spotify, playlists that would pair perfectly with some of your favorite books. It’d be a waste not to take full advantage of their generous efforts...

A famous lover of jazz and music in general, Murakami often mentions music in his novels, even naming one novel (Norwegian Wood) after a famous Beatles’ song. So, it’s only right that you pair his novels with some of his own favorites. From classical to Michael Jackson to, of course, some good ol’ Coltrane, this Murakami Spotify playlist from Galleycat gathers some of the songs and musicians mentioned in his novels. But if that one doesn’t do it for you, this also this gem of a playlist from Scott Meslow, who breaks down all the specific music mentions in Murakami novels in his article over at The Week.

2. For We Should All Be Feminists by Chimamanda Ngozi Adichie

Beyoncé’s “Flawless” put Chimamanda Ngozi Adichie and all of her awesome feminism in the spotlight, and shortly afterwards, her book We Should All Be Feminists came into the world. So, it’s only fitting that you rock out to some amazing female artists and their feminist anthems while digesting this manifesto. But not just any playlist will do. I mean, we’re talking about an author that inspired Beyoncé. So, naturally, you’ve gotta turn this dynamic duo into a triumphant trio and listen to Michelle Obama’s own “Day of the Girl” playlist on Spotify.

3. For A Brief History of Seven Killings by Marlon James

Set in the cultural hubs of Jamaica and New York during the '70s, '80s, and '90s and chronicling the attempted assassination of Bob Marley, A Brief History of Seven Killings definitely requires a good reading soundtrack. Marlon James doesn’t disappoint with his Spotify playlist made specifically for A Brief History that takes a tour through Jamaican music and Jamaican-inspired songs. James also put together another (non-Spotify) playlist with some commentary on each choice over at WNYC.

4. For Alexander Hamilton by Ron Chernow

So obsessed with the glorious, hip-hop infused musical Hamilton that you immediately went out and bought the Alexander Hamilton biography that inspired it? Well, keep the spirit of the musical alive while you read and put the Hamilton soundtrack on. The whole glorious thing is on Spotify. You’re probably more likely to break out into song and dance than actually read the book, but, let’s be real, that was probably going to happen anyway.

5. For Just Kids by Patti Smith

You just can’t read a book by Patti Smith without music. I’m sure you could cobble together you’re own list of favorite rock classics pretty easily, but luckily one user Beth Miller put together a pretty dope Spotify playlist with all the classics you’d expect to be on it, and of course, a bit of Patti Smith’s own music, too. Turns out it's actually a diligently curated playlist of every song mentioned in Just Kids . Nothing like a little rock-and-read.

6. For Ulysses by James Joyce

As a singer himself, James Joyce had a close personal relationship to music. What better way to breathe new life into an old classic than with a playlist of music from Joyce’s best novels?

7. For Wild by Cheryl Strayed

Wild is one of those books prime for a feel-good soundtrack that ranges from sappy sad to meaningfully happy. You know, the kind of songs that range from making you feel like that ugly cry you’re doing on the floor next to the toilet is actually kind of meaningful and empowering to songs that make you feel like you’re the star of a movie during the scene where they successfully change their whole lives and live happily ever after. Well, the publishing house Knopf collected all the perfect songs for just such a journey in one handy dandy Spotify playlist.

8. For Eleanor and Park by Rainbow Rowell

According to her own website, Rainbow Rowell apparently works on music playlists at the same time as she works on her books. And with mixtapes featuring pretty prominently in Eleanor and Park, how could you not listen to Rowell’s very own curated playlist to accompany the novel?

9. For I’ll Never Write My Memoirs by Grace Jones

This one isn’t hard. Just check out Grace Jones’ own “The Best of Grace Jones” playlist. Search. Click. Listen. Read. Be awed by Grace Jones in all her glory.

10. For Ready Player One by Ernest Cline

Okay, so you’ve dived into this nerdalicious book and you’re already starting to make plans to (re)watch every movie and (re)play every game they mention. Don’t stop there — go full on geek mode and get your music on, too. Seriously, Ernest Cline knows his geeks, and he know you’re not going to be OK until every avenue of sensory input is satisfied. That’s why he’s already put together a playlist of songs that are of overwhelmingly angsty, nerdy, '80s white boy flavor just for Ready Player One. Reading with this playlist in the background, you’ll be half convinced you time traveled.

11. For A Little Life by Hanya Yanagihara

Look, you’re already gonna cry when you read this novel. You’ll need a running list of sad songs to make it feel more like a romantic sad scene in a movie rather than the gross, snotty, slightly embarrassing, ‘am-I-serious-crying-over-a-book?’ moment that it really is. Try Spotify’s “Life Sucks” playlist for the toughest pages. Oh, and buy a box of tissues before you soak your fancy new hardcover...

12. For The Grey Album by Kevin Young

Okay, so this one isn’t a Spotify playlist, but you’ve got to check out both “The Grey Album” by Danger Mouse, which mashes up Jay-Z’s “The Black Album” and The Beatles’ “The White Album,” and the book by Kevin Young that it inspired. Both are awe-inspiring takes on the remarkable adaptability and genius of Black culture and art and, as Young puts it in the book's subtitle, “on the Blackness of Blackness.” Reading one while listening to the other is an otherworldly experience. You can still access the insanely brilliant Danger Mouse album here.