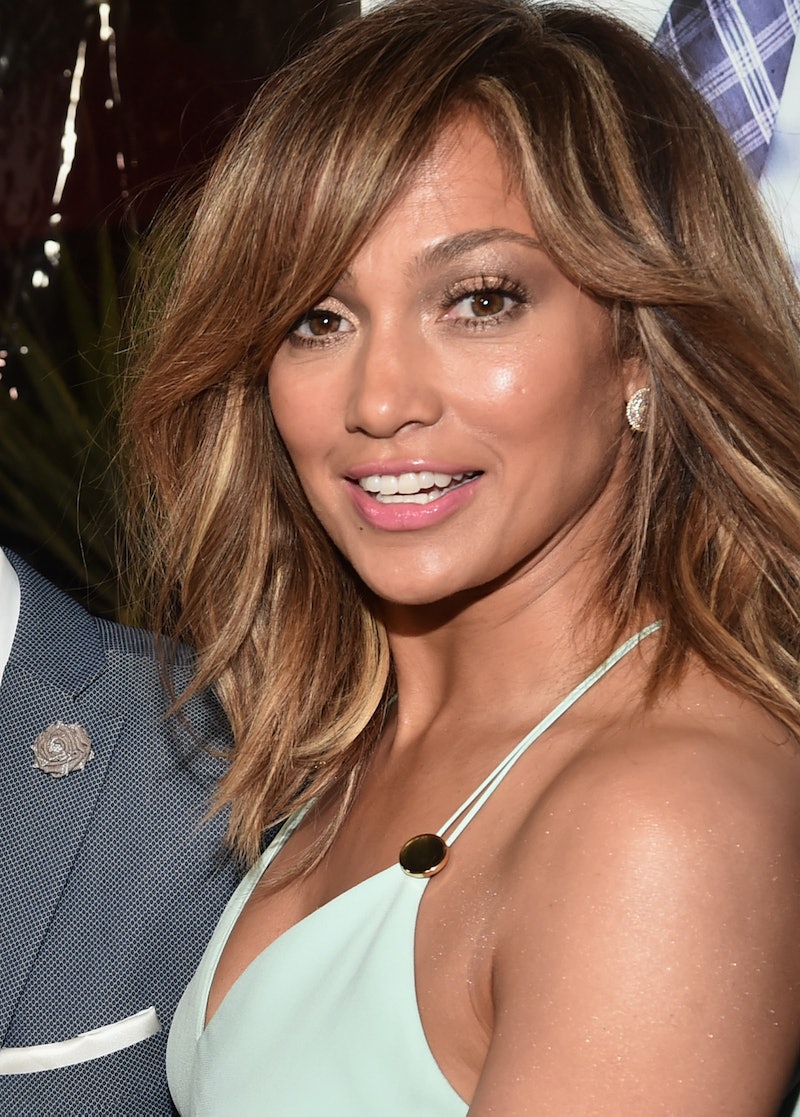 On Tuesday night, The Late Late Show With James Corden celebrated a year on CBS in the best way possible: With a Carpool Karaoke special. The late night talk show got a chance to shine in primetime and introduce a new audience to its wildly popular Carpool Karaoke segment, while also premiering a brand new one featuring Jennifer Lopez. And you better believe Jennifer Lopez singing in The Late Late Show Carpool Karaoke with James Corden showed that J. Lo can still rock out — even if she's not too keen on being called J. Lo anymore. Corden wanted to make J. Lo and J. Co a thing, but the Shades of Blue seems to prefer to be called Jennifer these days.

Witty banter aside, Lopez and Corden seemed to have a blast as they hit the road to some of the singer and actress' biggest hits, including "Love Don't Cost a Thing," "Waiting For Tonight," "Jenny From The Block." They even grooved to her recent songs "On the Floor" and "Booty." J. Lo busted out some fierce moves for "Waiting For Tonight" that caused Corden to pull over and join her. The comedian also asked her some burning questions during the ride: Did she really insure her butt? (No.) And who is the most famous person listed in her cell phone? That never got a definite answer, because Corden read off a lot of big names in her phone book: Bradley Cooper, Fergie, Demi Lovato, and Leonardo DiCaprio. "This is the best phone I've ever seen in my life," Corden tells her.

In the funniest non-musical part of the segment, Corden takes command of Lopez's phone and texts DiCaprio about "cutting loose tonight" and signs it "J. Lo, you know, from the block." Leo does respond back during the ride: "You mean tonight, boo boo, club-wise?" Corden and Lopez (along with the audience) get a huge kick out of it. "The funny part is that he thinks I'm serious," she says, laughing.

Watch the hilarity in the video below.