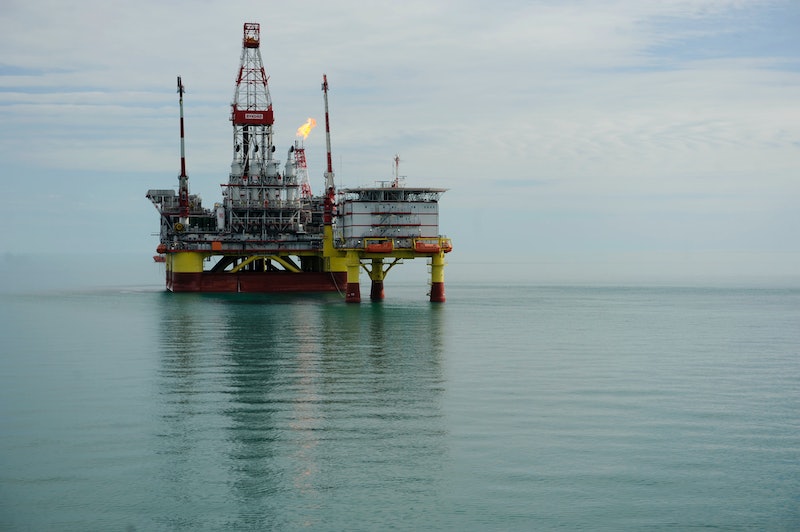 Even among climate change deniers, the issue is big in 2016 — an election year that has, at least on the Democratic side, featured candidates promising to reduce America's carbon footprint. But according to a new coalition of states, oil companies have known about the effect of carbon emissions for far longer than most have been talking about it — we're talking the '80s. A group of state attorneys general contend that these companies have spent 20 years distorting and contradicting climate change data to mislead the public and shareholders. This coalition now seeks to hold Exxon responsible for allegedly misleading investors about global warming, although the company flatly denies the claim, and has suggested that the investigation is politically motivated.

The attorneys general of Massachusetts and the U.S. Virgin Islands announced Tuesday their intent to investigate the oil behemoth for its alleged role in muddying the waters around issues regarding climate change. They were joined by attorneys general from a number of states and former Vice President Al Gore. In total, 18 attorneys generals have announced that they will look into Exxon's activities, marking an escalation of the investigation into big oil.

Exxon wasn't so thrilled. Suzanne McCarron, ExxonMobil’s vice president for public and government affairs, said in a statement that the investigations were politically motivated and threatened free speech. She even noted that it could result in less climate change research. "ExxonMobil recognizes the risks posed by climate change, and we believe that everyone should be engaged in meaningful action to reduce greenhouse gas emissions,” she said.

The investigations stem from a series of investigative reports by The Los Angeles Times and Inside Climate News, which got the ball rolling when they reported that Exxon's own scientists warned the company about the risks of climate change back in the 1980s. According to those reports, instead of taking using that information as an impetus to lower carbon emissions in their extraction and processing of oil, the company helped fund a network of think tanks whose sole purpose was to debunk global warming data.

The illegal aspect is that they allegedly deceived the public — particularly, investors. According to The Times, one shareholder petitioned the board in 1990 to push the company to "develop a plan to reduce carbon dioxide emissions." The response was that it wasn't clearly a problem: “Examination of the issue supports the conclusions that the facts today and the projection of future effects are very unclear.”

That poses a problem, according to Massachusetts Attorney General Maura Healey. “Certain industries may not have told the whole story,” she claimed at the press conference. “Fossil fuel companies that deceived investors and consumers about the dangers of climate change should be, must be held accountable.” Exactly which Massachusetts laws would be used are unclear. Healey stated:

We can all see today the troubling disconnect between what Exxon knew, what industry folks knew and what the company and industry chose to share with investors and with the American public.

Already underway is the New York case, and the probe hinges on an anti-fraud law. New York Attorney General Eric Schneiderman has already subpoenaed Exxon for internal documents related to the case. "You have to tell the truth,” Schneiderman said in a statement. “You can’t make misrepresentations of the kind we’ve seen here." Other states may use consumer protection laws as the basis for their investigations.

Gore claimed that the announcement is "a real turning point in the effort to hold to account those commercial interests that have been, according to the best available evidence, deceiving the American people, communicating in a fraudulent way."

Whatever the outcome of the investigations, if the conversation helps curtail greenhouse gas emissions, it can only be considered a win.