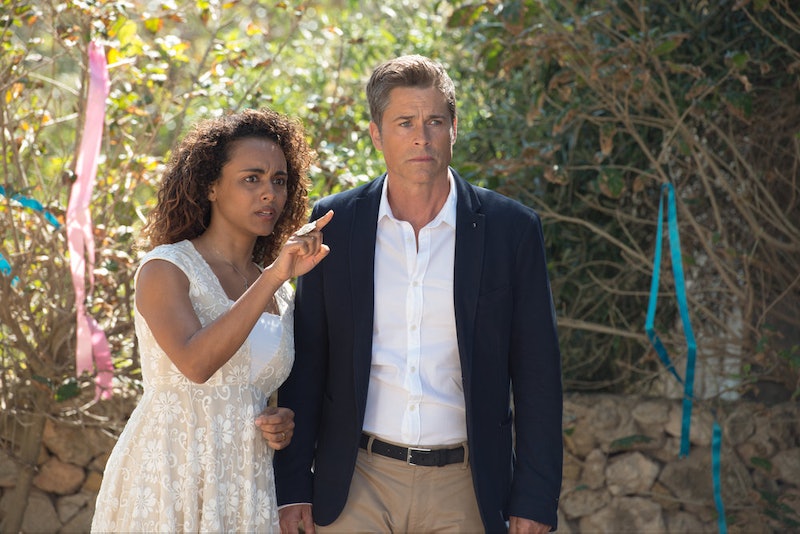 Unfortunately for fans of the end of the world, You, Me and the Apocalypse has been cancelled, according to Radio Times. If you're a fan, don't go blaming NBC. The show is a British import, so it was actually Sky that pulled the plug. “A story with the end of the world at its heart was always going to be hard to bring back and has reached its natural conclusion,” a rep for Sky told Radio Times. Still, star Mathew Baynton said the creators had hopes and plans for a second season. "It [would] be about the bunker and how people get on in there or probably about the future when they emerge from that bunker," he told RadioTimes.com in the same interview.

But those second season plans are officially dashed. Still, if you need to fill that comet-shaped hole in your heart, then check out one of these recent movies about the end of times instead.

Seeking A Friend For The End Of The World

This is clearly the closest you'll get to a You, Me and the Apocalypse replacement, because the premise is basically the same: An asteroid is on a collision course with Earth, and everyone on the planet has to find their own way of dealing. There's a similar mix of comedic and dramatic elements, too.

Another film about a planet on a collision course with Earth, Melancholia is Lars Von Trier's lyrically poetic take on depression. And, man, is it ever depressing. You'd be hard-pressed to find a single chuckle anywhere in there.

Older than the others, this 1998 movie chronicles the last six hours before the world is set to end. (The reason for it ending is never fully explained — everyone just knows it's going to happen.) People choose to spend their last hours rioting because they can, having casual sex, contemplating suicide, and celebrating Christmas — all fun stuff, right?

This Is The End

There's not comet or asteroid here, but an impending end-of-world event shows that spending time bunkering with Seth Rogen, Jonah Hill, James Franco, Danny McBride and Craig Robinson might be its own kind of disaster.

It's the end of the world as only Shaun of the Dead's Edgar Wright can imagine it, which means that it happens quietly in the background of the movie for a while before the characters — who are trying to complete a pub crawl they could never finish in high school — even notice it's happening.

So, don't be too sad apocalypse fans, there are plenty of ways to get your end of the world fix!