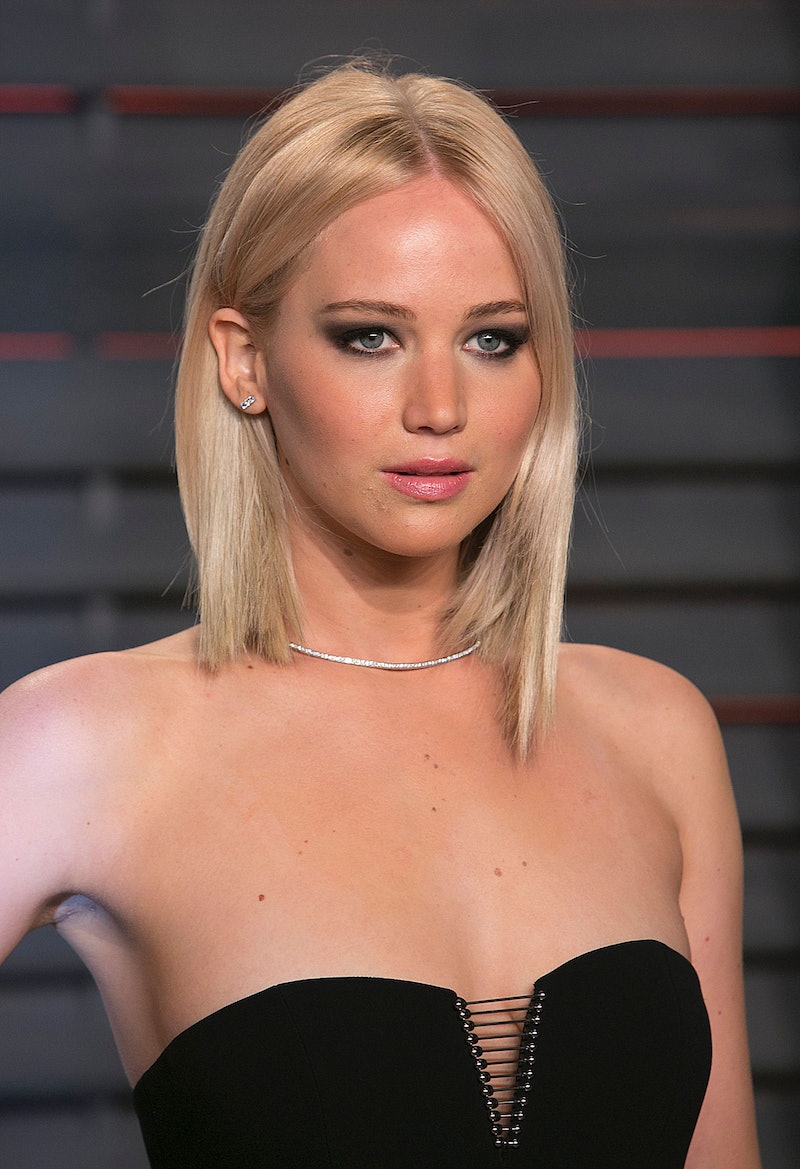 Oh, guys. Sometimes, I feel like we make a sport out of gunning for celebrities that we once thought could do no wrong. According to Vulture, an empire interview revealed that Jennifer Lawrence does want to come back to the X-Men movies, although she previously said she wasn't going to. And they're like, "Excuse you?" Which, yeah, Lawrence flip-flopped on her X-Men status, but it's cool, guys. She's human.

Vulture did bring up a good point, though. They explain that PR for X-Men: Apocalypse is "in full swing," and, as we all know, publicity tours can trick celebrities into saying some pretty interesting and contradictory things from time to time. However, I don't think it's just PR talking here. After all, Maybe J. Law really does want to come back, of her own accord, considering how much time she sank into the character of Mystique and how well she plays it. Better than anyone else, even, and I know I'm making more than a few fans of the original X-Men movies angry by throwing that out there into the void. It's plausible, right?

J. Law, more often than not, is lauded for her honesty, and, in her own words, "I am dying to come back. I love these movies, I love being in them. I love ensemble movies because it’s not on anyone’s shoulders." Let's break that quote down to see if we can trust what J. Law is saying here.

"I Am Dying To Come Back"

"Dying to" seems like a pretty strong phrase, but not unusual coming from J. Law. She is wonderful and dramatic and passionate, so if she says she's dying to come back, then I believe her.

I think she really, actually does. Because we all do.

I think it's safe to say she's somewhat tired, but comfortable with the material at this point, considering X-Men: First Class debuted in 2011. But that doesn't mean she doesn't enjoy filming once she's in the thick of it.

Girl has had her fair share of film responsibility on her thus far, and she's only 25. I am sure that doing an ensemble film can feel freeing for her because of that. This much, to me, is definitely true.

So there you have it. If J. Law says she'd love to come back to the X-Men franchise, then fans should trust that she's good for her word. Whether or not it will actually happen is a completely different thing. In the meantime, it's a good thing I speak fluent J. Law, isn't it?