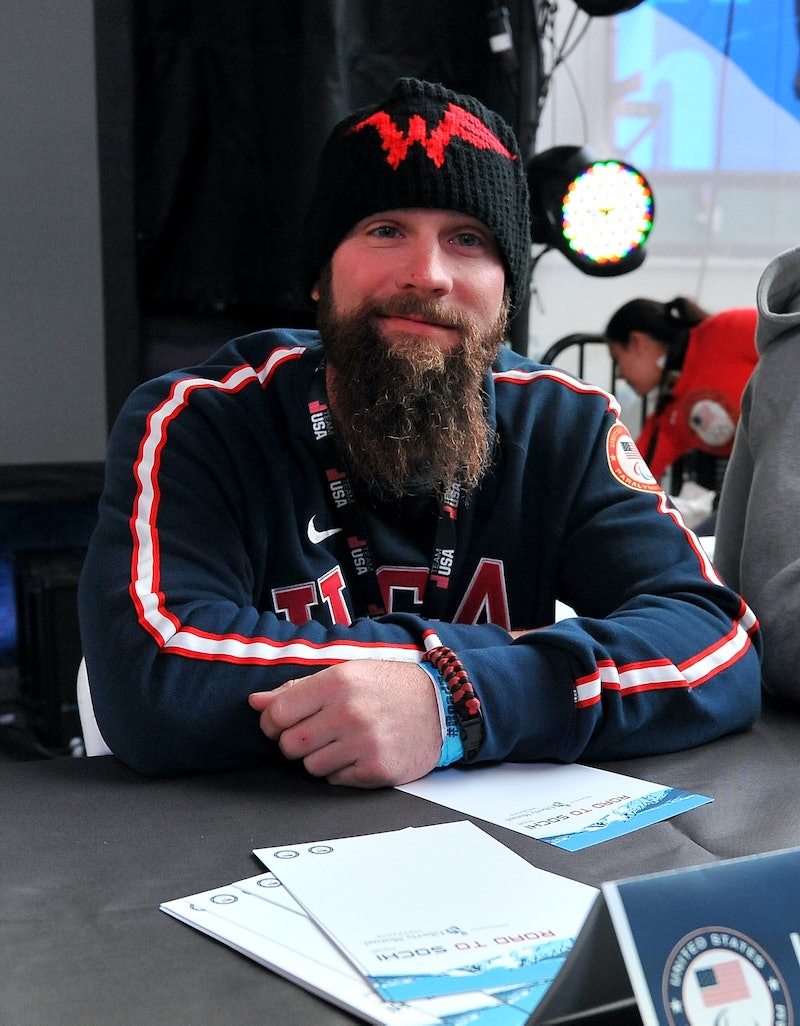 While watching the winter Olympics you may have noticed that certain commercials are being played repeatedly and they might raise some questions for you. For instance, Subway's Fritos Chicken Enchilada sandwich probably makes you ask, "Why? How? Whaaat?" Unfortunately, those questions have no answers, but AT&T's commercial with paralympian skier Heath Calhoun can be explained. In the ad, Calhoun is shown returning to the locker room after a rough day of practice and finding comfort in a video message from his son. It's very emotional and it might make you wonder who exactly this skier is.

Here are ten facts about Heath Calhoun so you don't say, "Cal-who?" the next time you see him pop up on the screen. (You probably just shouldn't say "Cal-who" period.)

1. Calhoun is a retired Army Staff Sergeant who lost both his legs ten years ago in Iraq. He was hit with a grenade when serving with the 101st Airborne Division in 2003 and the injuries he sustained left him as a double amputee.

2. He is a Purple Heart recipient.

3. He started skiing five months after his injury and was introduced to monoskiing while at Walter Reed Army Medical Center. Calhoun told TODAY.com of getting into skiing,

It just kind of blossomed accidentally. I was in a wheelchair. I didn’t want to be in a wheelchair, I wanted to get up. I wanted life [back] the way it was. At some point I accepted it was never going to be the way it was, but it could be different, and better, even. It was something that put me back on a level playing field with everybody else and from there, I just wanted to be good at it — I wanted to be the best.

4. His twitter handle is @LeglessHeath showing his sense of humor and acceptance of his injuries.

5. He is competing in five events in the Sochi Olympics: Downhill, Slalom, Giant Slalom, Super-G, and Super Combined.

6. Sochi is Calhoun's second Olympic games. He also competed in Vancouver in 2010.

9. He has a son and two daughters and lives in Clarksville, Tenn.

10. This goes without saying, but he's very inspirational no matter what your personal situation may be.

I had the opportunity to sit at home and be upset, be disappointed with the way life worked out for me. But I felt like I had too much to live for, too much that I could do, instead of feeling sorry for myself. So I chose to look at it in a positive light, and it’s led me down a wonderful road.

If you haven't seen it yet, watch Heath Calhoun's AT&T commercial for yourself below.