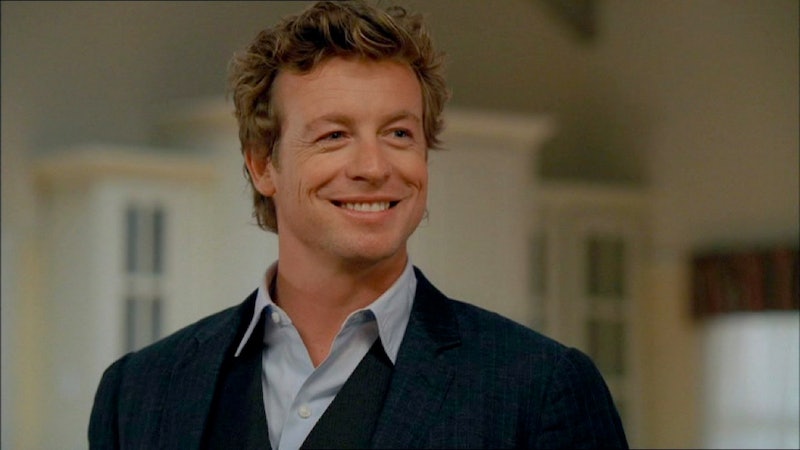 Fans of The Mentalist know that Patrick Jane is a complicated man. He bends right and wrong to fit his will, and is always above the law, but that doesn't mean he doesn't have a healthy dose of respect for the rules as well. Many people often mistake his arrogance for a bad character trait, but it's really just masking a lot of pain and insecurities. Of course, that doesn't make him any easier to like, and he is definitely an acquired taste, but over the course of seven seasons, I grew quite fond of his character. Amidst all of his crazy antics, there was one specific moment that made me love Patrick Jane the most, and which I always point to whenever I need to explain to someone why he is one of my favorites.

In the Season 3 finale, Patrick finally shoots Red John. (Or at least, he thinks he does, but that's a story for another time.) When he is sitting in the mall across from the man whom he thinks killed his wife and child, and finally has an opportunity to kill him, he does. With no hesitation. Sometimes, I feel like shows make their characters talk a lot about doing something less than morally sound, but when the time comes, they "grow" out of it. Or something else happens that makes them decide that doing that morally ambiguous thing isn't worth it. They're all talk and no action, essentially. But that's what I loved about this moment in The Mentalist: Patrick made it very clear what he would do if Red John was ever in his presence, and then, when it came down to it, he did it.

The way he sat right back down afterward and drank his tea like it was a leisurely Sunday afternoon was perfect. Patrick didn't freak out, he didn't overreact, he didn't question what he had done. He just sat down like it was nothing. That moment was something I have never seen on TV before or since, and I loved that his character stood up for what he believed in and was prepared to follow through, no matter what the consequences were. In that moment, he became my favorite character from the show.

Patrick Jane is a character that any show would be hard-pressed to emulate. He was one of a kind, and I'm glad that in the end, he finally got his happily ever after.