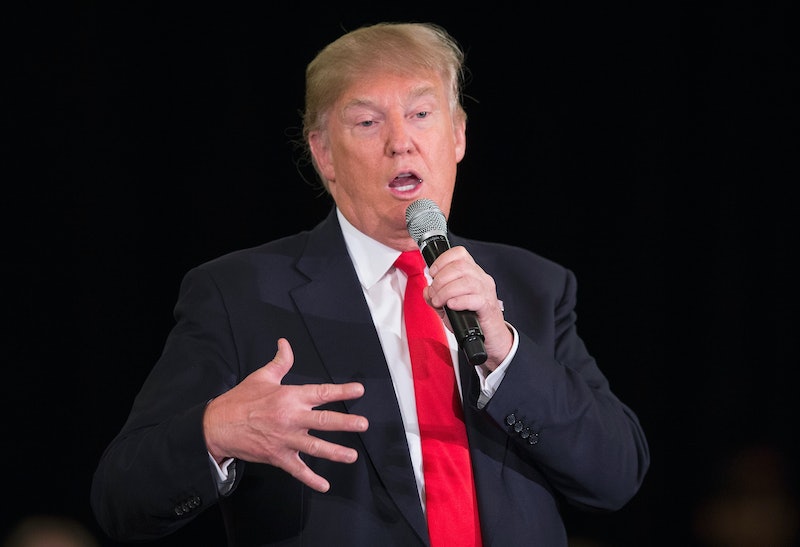 The Trump train wreck continued Wednesday, as the Republican presidential frontrunner defended his call for an abortion ban and said that if one was enacted, women who receive the procedure should be "punished." A few hours after the shocking MSNBC interview, Donald Trump backtracked, releasing a statement saying that doctors or people who perform abortions would face punishment. But that logic is problematic in more ways than one, and rather than protect women, it would put them further in danger.

"If Congress were to pass legislation making abortion illegal and the federal courts upheld this legislation, or any state were permitted to ban abortion under state and federal law, the doctor or any other person performing this illegal act upon a woman would be held legally responsible, not the woman," the statement read. "The woman is a victim in this case as is the life in her womb."

A abortion ban puts a woman at risk of undergoing an unsafe and unregulated procedure. By enacting legal ramifications, they would be left with even more dangerous options. A ban could create a black market of abortion services in which costs would skyrocket to offset the risk of prosecution. And people who are willing to break the law and perform abortions would likely be those who aren't qualified to perform them in the first place.

Doctors are tasked with protecting their patients, and have a responsibility to put their patients' best interests first. If a woman wants an abortion — whether because her health is in danger, a pregnancy would seriously impede her life, or whatever else (because honestly, she shouldn't have to explain herself) — she deserves the best medical treatment possible, and qualified abortion providers should be allowed to practice without fear. Punishing abortion doctors is punishing women.

The number of abortion clinics in the country is fast dwindling even without an official ban, and state legislatures are passing anti-abortion bills at an alarming rate. As unbelievable as Trump's proposed abortion ban and potential punitive measures are, every passing month of this election race suggests that world is much closer than you think.