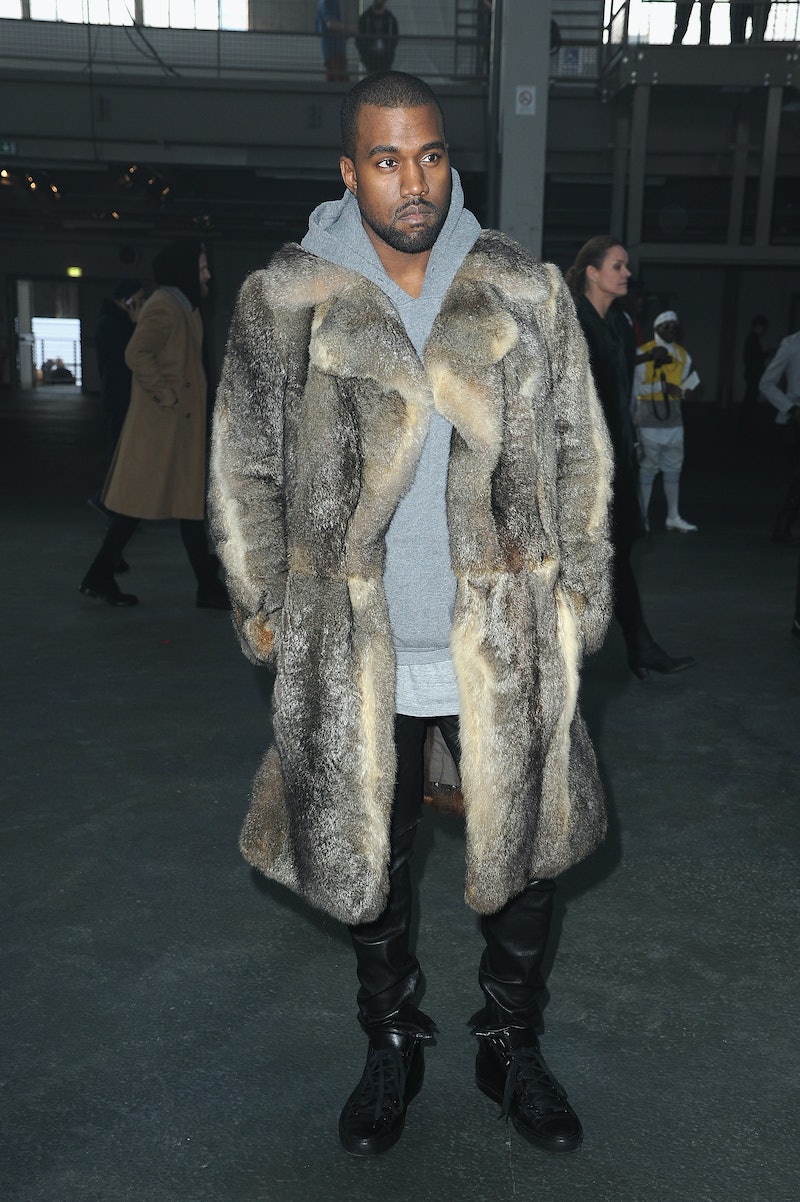 Surprise releases really do work. First there was Beyoncé's visual album that got people who would never have purchased a Beyoncé album downloading as soon as they heard the word "surprise," and now there are Nike's Kanye West-designed shoes. Nike released the Air Yeezy II yesterday and they're already being sold for ridiculous amounts of money on eBay. Most pairs are going for upwards of ten times their original price.

The shoes were released yesterday afternoon when Nike announced on Twitter that, surprise!, the shoes were available on their site. Eleven minutes later, Nike wrote another tweet saying that the shoes were sold out. Almost immediately after, the shoes began popping up on eBay from sellers who obviously had not yet received the shoes themselves. The Air Yeezy IIs, which are also known as Red Octobers, were sold by Nike for $245 a pop. There are several pairs currently listed on eBay for $3,000 at the low end. Depending on the availability of the size, the price is even higher. A seller in the UK has a pair listed for $16 million that has 84 bids. Sixteen. Million. Dollars. For sneakers. Maybe that one is somehow a prank — I hope! — most are around a more sensible $14,000. But still, who has that kind of money? Is Kanye West just buying all of them back in some kind of Kanye Westian plan to spite Nike?

West is known to be upset with Nike for stifling his creativity and not giving him royalties for his sneakers that had already been released. In an interview given in November 2013, West spoke about the brand saying, "They said, ‘No. We won’t give you royalties because you’re not a professional athlete.’ I said, ‘What about the Yeezys?’ They said, ‘We don’t care about that.’" It seems obvious now that Nike cares about the Yeezys and it's possible that West's anti-Nike rant drummed up interest.

At this point, the best thing that could happen would be for Nike to release more of the shoes. That way, people who actually want them would be able to get them for what now seems like a steal at $245 and people who paid thousands of dollars can go around claiming that they don't care while secretly crying on the inside.