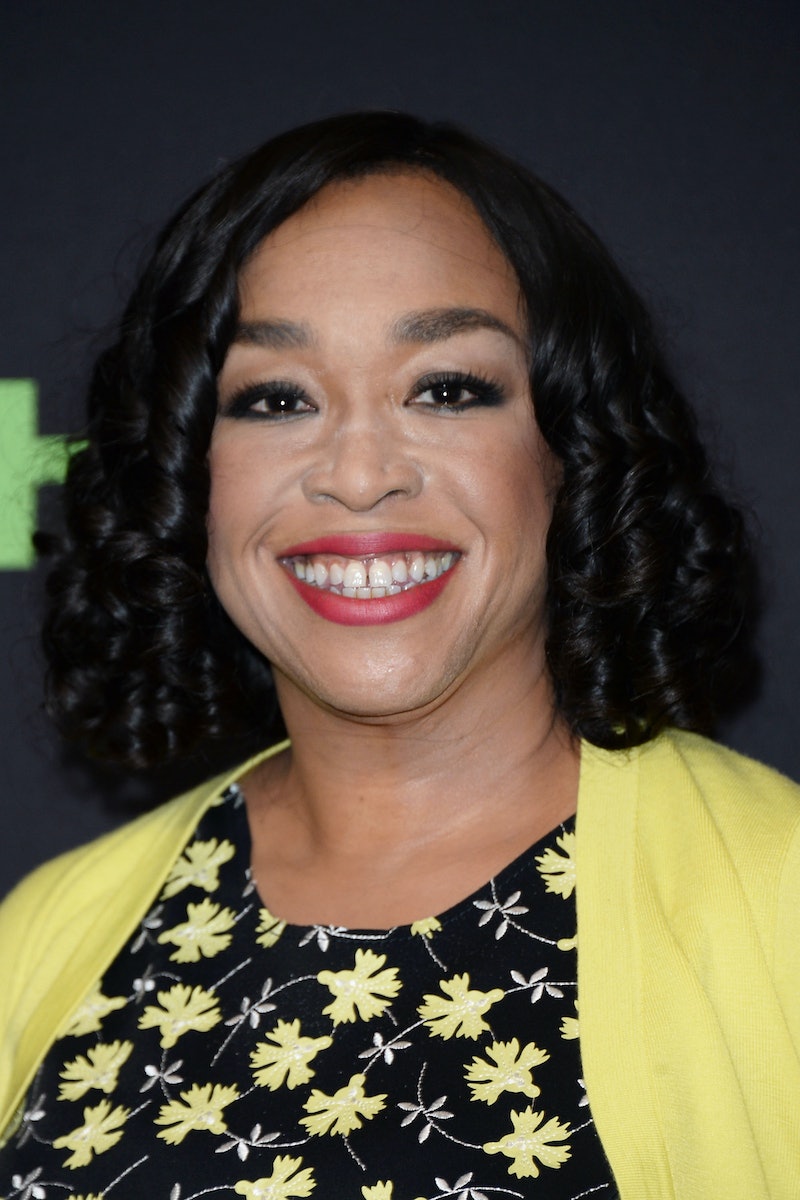 Shonda Rhimes’ bestselling work Year of Yes is part self-help book, part humorous biography. It's also a heartfelt and personal ode to understanding and recognizing your feminist self, filled with excerpts that may incite an internal (or external) “Yas Queen!” In Year of Yes, readers learn what it’s really like to be the Shonda Rhimes, one of the most powerful women in television. The book details her struggle finding the balance between being a business woman, a single parent, and a working mother with a lot of expectations thrown her way—including those she holds for herself.

Six words from her sister Delorse (“You never say 'yes' to anything.”) triggered Shonda's realization of how miserable she was. For a while, she refused to pursue what scared her, saying "no" when she could’ve said "yes" and "yes" when she probably should’ve said "no." Over the course of 15 chapters, Shonda Rhimes evolves from saying “no” to “maybe” to “um, yes?” to a firm “yes!” in situations that she fears.

Year of Yes follows Shonda as she learns to say "yes" to everything that scares her and learns to say "no" sometimes to retain her sanity. The book shows how the conventions of femininity and a “woman’s role” are still applied today, even when you own a night of television and words you’ve written (e.g., Bye Felicia) become part of people’s everyday lexicon. Here are five ways Shonda Rhimes' Year of Yes is also about learning to say "no":

Year Of Yes by Shonda Rhimes

The amount of times Shonda Rhimes has been asked this question could be made into a drinking game. With everything she juggles — from three kids to Shondaland to navigating the storyline for whomever is dying on one of her shows at any given time — it’s a wonder how she keeps up. Shonda mentions that being successful in one area will result in being neglectful in others. The expectation to work and maintain a life of domestic “bliss” as a caretaker and homemaker as well as a breadwinner is daunting... and unrealistic.

When Shonda acknowledges she cannot and does not do it all, there’s a weight of expectation lifted from her shoulders as well as the readers'. This recognition of “I don’t do it all” is a straight up "no" to the archaic idea that women can and should be everything to everyone without help. If it weren’t for her nanny, Jenny McCarthy (not that Jenny McCarthy), Shonda emphasizes, she would not be able to theoretically “do it all."

As noted above, a dedication to work can mean a neglect of other parts of your life. This can include family and/or yourself. Shonda's example pertains to her children. In one anecdote from the book, her kids ask her to take a break to play with them while she’s wearing an expensive dress and preparing to go to an event. Her immediate reaction is "no"—until she considers her priorities. Shonda states that being a mom is who she is, not her job, because she can stop doing her job at any time. Shonda sits on the floor and plays with her children for a few minutes, choosing literal play over work in this instance. It's a welcomed moment of relaxation for Shonda. Even when you love your job, the break can be necessary.

3. Say "No" To Self-Deprecation And "Thank You" To Compliments

In one memorable Amy Schumer skit, a group of women are in a Round Robin of self-deprecation—unable to take a compliment to the point it nearly makes their heads explode. Imagine this scenario at a gala honoring women who've made huge strides in their work. Shonda explained that when she and other women were honored at such an event, everyone reacted in three ways. Spoiler: None of these three ways involved accepting the compliments for their hard work. No more. Shonda ultimately decides to own her awesomeness with a very simple phrase: "Thank you."

“No is a powerful word,” Shonda writes. Many difficult conversations can come from the use of it in discussion. The shade you can and will uncover when saying "no" may be intense, but at least it's a reality check. What's the old adage? Women are pushovers, too emotional, and too easily swayed? In some cases, simply to avoid conflict, women find it easier to say "yes" in order to avoid uncomfortable situations.

But, when a “friend” asked Shonda for an exorbitant amount of money, she had a light-bulb moment. And the "friend's" reaction further cemented the understanding that "no" held power. Shonda held power. She was not a pushover. In fact, she danced it out after the phone call ended.

5. Say "No" To The Expectation Of Who You Should Be

“…the praise I received for having a guy everyone hoped I would marry eclipsed any and all praise or congratulations or excitement that accompanied the births of my children and any of my many career accomplishments."

Imagine that? The institution of marriage is seen as a bigger accomplishment than being the first Black woman to own a night of television on a major network.

Shonda's Year of Yes preaches that owning oneself means refusing to acquiesce to societal expectations. You may be single or married. You may be a single parent or not a parent at all. Whoever you are, you shouldn't be afraid to say "no" to the expectation of who you should be. We may not have a Shondaland, but that doesn’t mean we can’t own our awesomeness.

More like this
At 14, Tatiana Maslany Was Obsessing Over Tamagotchis & The Spice Girls
By Gabrielle Bondi
Beyoncé & Madonna’s “Break My Soul” Remix Honors A Group Of Black Icons
By Stephanie Topacio Long
We’ve All Had Bad Sex. Nona Willis Aronowitz Is Talking About It.
By Sophia Benoit
Josh Peck Shows Love To Jennette McCurdy After Her Shocking 'iCarly' Revelations
By Radhika Menon
Get Even More From Bustle — Sign Up For The Newsletter