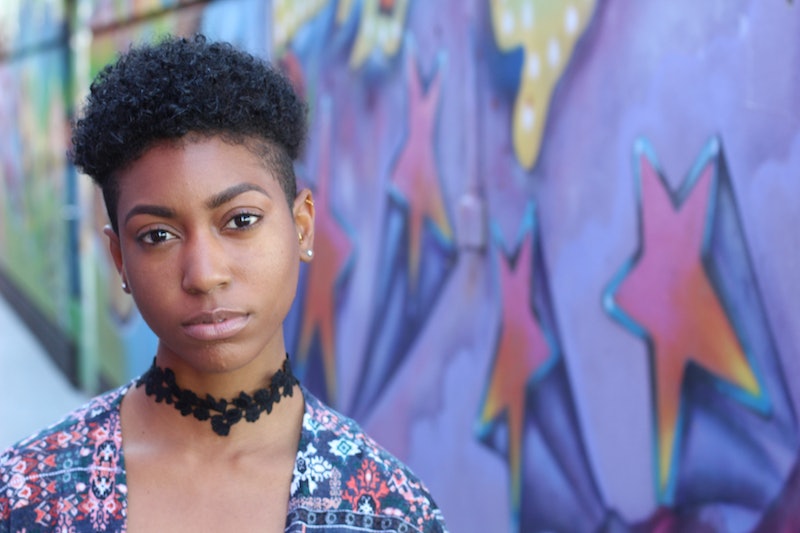 As it turns out, the strength of your resting bitch face is a result of evolution, according to a new study out of Ohio State University. The research, published in Cognition, found that there is a universal facial expression for conveying so-called "negative moral judgment" (anger, disgust, contempt), which can be read across all cultures, including those who use ASL to communicate. Their hypothesis is that, since this singular scowl can communicate negative emotions universally, it was likely a key evolutionary trait that helped early humans communicate before language developed.

The study looked at students who spoke four different native languages: English, Spanish, Mandarin Chinese, and American Sign Language. It found that three specific facial musculatures emerge to articulate negation — what the researchers dubbed "Not Face." Peak Not Face includes a furrowed brow, pressed lips, and a raised chin. Participants of all cultural backgrounds interpreted and understood this face to mean negation and/or negative moral judgment. Even more interestingly, participants made Not Face — or arranged those three facial muscle groups in the same way — at the same speed that they verbalized negation, meaning that our faces communicate "nope" at relatively the same speed we can communicate it verbally.

"To our knowledge, this is the first evidence that the facial expressions we use to communicate negative moral judgment have been compounded into a unique, universal part of language," researcher Aleix Martinez told Ohio State University.

The implication that language (and that octopus gif?) evolved from our facial expression of emotions is hugely important. So next time someone criticizes your scowl, simply assure them that your genes are prooobably superior.

More like this
The 3 Dating Apps Queer Women & Nonbinary Folks Actually Like
By Emma Carey
15 Years Of The iPhone, In Pictures
By Emma Carey
What Is A “Softboy?” The TikTok Term & Aesthetic, Explained
By Courtney Young
Why Are TikTokers Slapping Each Other With Tortillas?
By Courtney Young
Get Even More From Bustle — Sign Up For The Newsletter