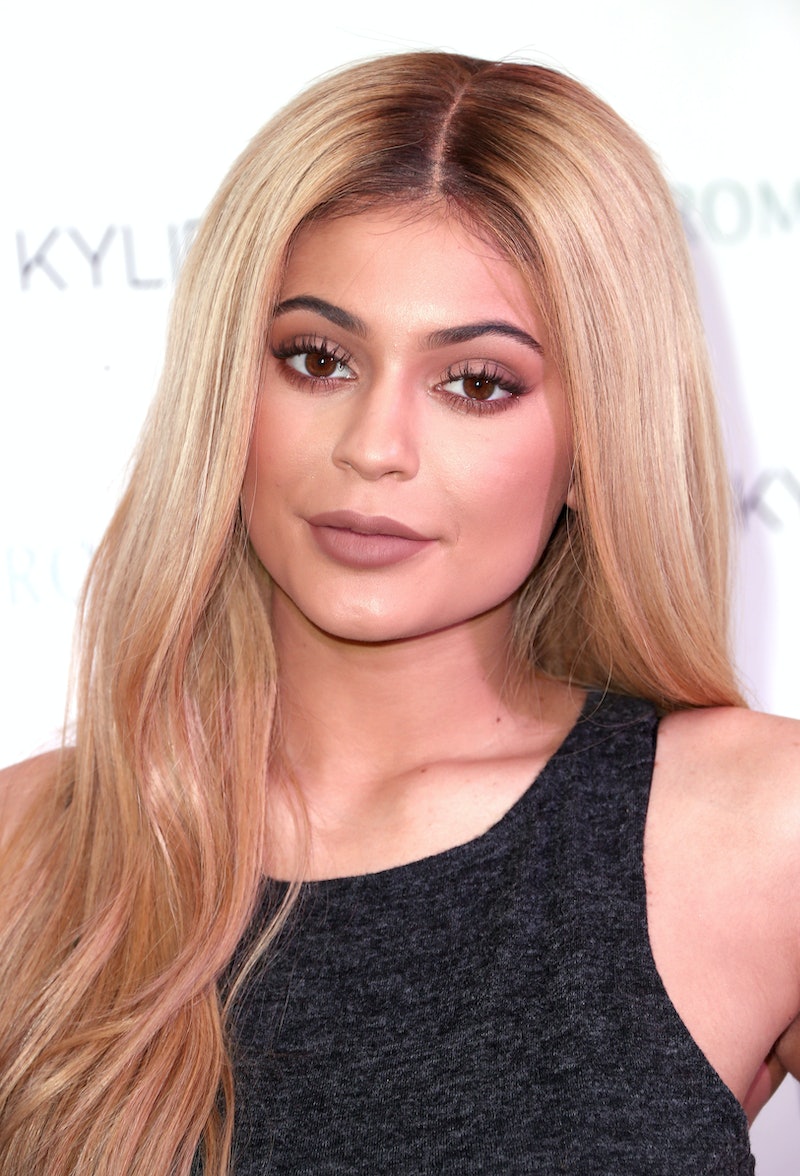 On Thursday afternoon, Kylie Jenner released the highly anticipated (albeit, only for a week) music video commercial for her new line of lip glosses and the Internet is freaking out. Not only is everyone excited about the new Kylie Cosmetics products, but they're also wondering what the song in Kylie Jenner's music video is — because it's so, so good, y'all. Unfortunately, Jenner did not credit the song or the singer anywhere in the "Glosses" video or on the YouTube page, so we're left wondering who the artist is behind the catchy tune. (If you haven't heard it yet, prepare for it to be stuck in your head for the rest of the day.) Update: The song featured on Kylie Jenner's "Glosses" video is "3 Strikes" by Terror Jr., according to Soundcloud.

Earlier: If you've been trying to search for what the song is, you're totally not alone. Scroll through the YouTube comments on the music video's page and you'll find that a majority of the posts are asking the same thing. Some people, like YouTube commenter Tina'Rella, speculate that the singer is, in fact, Kylie Jenner herself. "Is this kylie singing?" she asks. Sylvia-Lynn Villegas has a theory that also supports that Jenner is the songstress behind the tune, saying, "I'm sure Kylie got herself in a studio and recorded that song. It's so autotuned but sounds really good."

Regardless of who actually sang the song, one thing's for sure: Kylie Jenner fans are loving it.

Even the haters want to know:

Guess we'll just have to wait and see whose sultry voice is behind the "Glosses" jam!