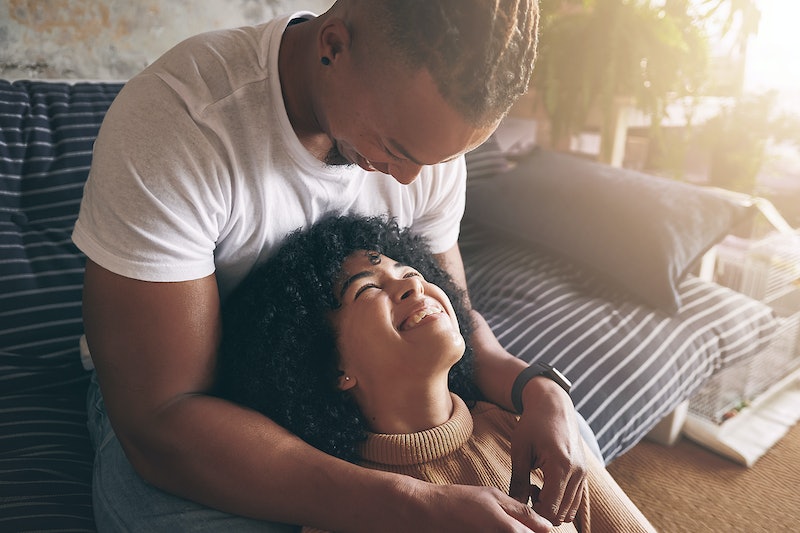 Anyone who's been in a relationship that's lasted more than a few months will tell you that they're challenging, even when they're good. But if you've been feeling like something's been off lately, it could be because there are things to do in your relationship that you've been letting slide — or worse, which you don't do at all. And according to a study conducted by the Pew Opinion Research Center featured in Women's Health, more people than ever are saying that they're unsatisfied in their marriages. "A lot of couples don't have honest conversations about relationship problems until they're at a point of wanting to divorce," says relationship therapist Chris Donoghue in the same piece. "By then, it's too late."

While that might sound depressing, the flip side is that there are things we can do to make our relationships better and stronger before it's too late. It's often just about recognizing when there's an issue and understanding what you might be doing to contribute to it. Whether you've been noticing the luster begin to wane in your relationship or you're in an awesome space with your partner and just want to make sure you maintain it, here are seven things everyone should be doing, but probably aren't.

It can be crazy easy to take your partner for granted, especially after you've been with them a while and the partnership has lost it's shiny new relationship allure. However, according to psychologist Susan Krauss Whitbourne, showing your partner that you appreciate them — whether it be through a small "just because" gift, grabbing their favorite ice cream at the grocery store, or giving them a cuddle when you come home — makes a huge difference in terms of creating an optimal relationship. You'll also likely be amazed at how much showing your partner a little extra TLC can infuse warmth back into things.

In another Psychology Today piece, psychologist Randi Gunther noted the importance of treating your partner's private life with respect, especially when it comes to your friends and mutual acquaintances. She noted it may be tempting to share something about your partner with a friend as if it were your own secret or issue, but at the end of the day, respecting your partner enough to respect their boundaries will make for a more solid relationship overall.

3. Be Open, Even When It's Embarrassing

Gunther also said it can be all too easy to keep our thoughts and feelings inside when something bothers us or when we're worried it will upset the other person. However, making a concerted effort to be open and pride-free when it comes to communicating is a much healthier route. It will minimize mind games as well as unnecessary misunderstandings.

4. Use "I Feel" Statements In A Fight

Communication expert Preston Ni reminds us that there's a reason we learn to communicate with "I feel" statements in grade school, as opposed to more accusatory "you" statements: "Most of us don’t like to be told what to do, and when we use 'you' language plus a directive, it’s easy to arouse in other people feelings of resentment and defensiveness." So instead of starting a conversation with, "You never think about my needs," try reframing it as, "When you make plans for us without asking, it makes me feel like you don't care about what I might want to do."

And not just any movies — movies specifically about relationships. A study out of the University of Rochester found that couples who watched one movie a week about relationships and then discussed the movie afterward reaped as many positive effects as couples in actual counseling. It also cut the three-year divorce rate by almost half. Researchers theorize that it's because discussing other relationships can make us more conscious of how we act — and how we want to act — in our own. So cuddle up and watch some Netflix.

6. Do More Self-Expanding Activities Together

On her website The Fishy Bowl, relationship blogger and clinical psychology student Emma Higgins noted that studies show that couples who embark on "self-expanding" activities together, like traveling to a new place or taking a class, generally have more solid relationships overall. She notes that this is because you are embarking on activities that help you grow together, as opposed to going in separate directions. So book that vacation, or schedule that cooking class you guys have always been talking about!

7. Spend An Extra Six Hours Together Per Week

Higgins also noted that studies show that couples that spend an extra six hours a week together above the average also have better relationships overall. So make a standing date for a movie night, and carve out time every Sunday morning for breakfast with just the two of you. These little extra things may not seem like a lot, but they go a long way in creating a healthier relationship overall.

Relationships are complicated, but sometimes we make them moreso by not proactively doing a few simple things with our partners, like reminding them that we care about them or putting in the little extra effort for some quality time. So if you've been feeling like your relationship has lost some luster, try infusing it with a little TLC.