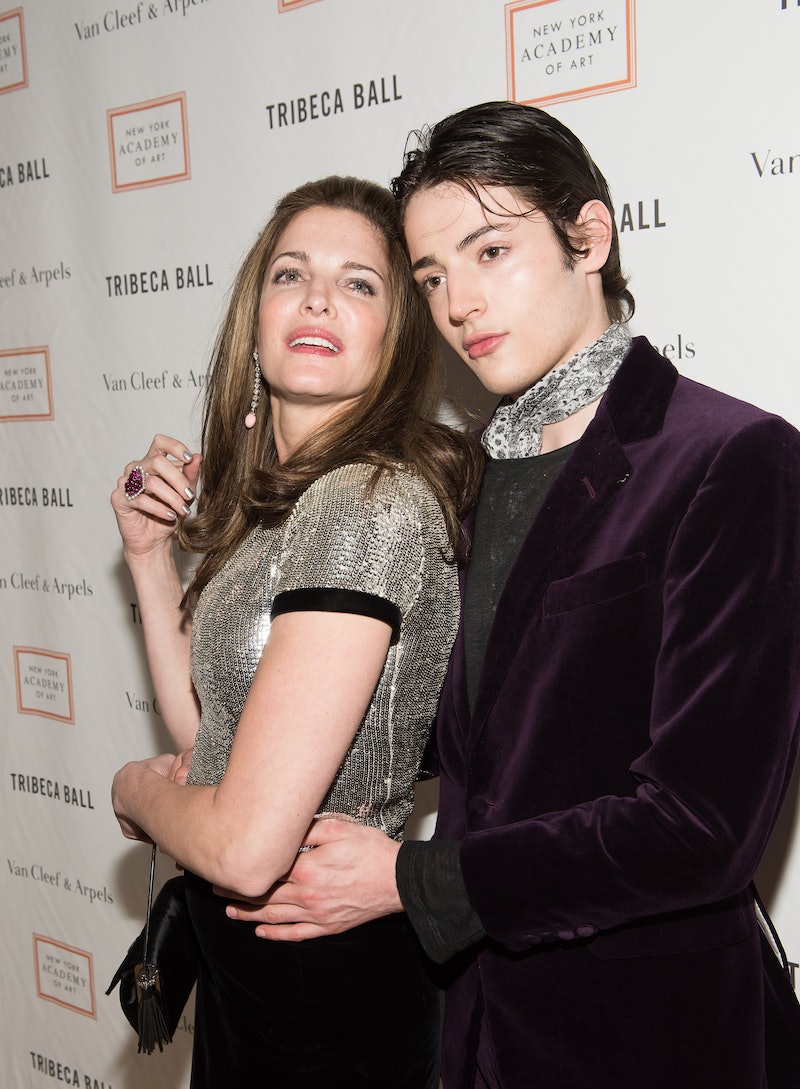 There's a lot of lingerie. The premise behind the shoot is something like "helping mom get ready," which is cute when you're a little kid (Seymour says her sons used to lay out vintage Dior for her parent-teacher meetings), but unnecessary when everyone's all grown up and mom has a million stylists at her beck and call. The interview includes lines like "When Seymour needs help lacing up her over-the-knee Tom Ford boots, each son takes a leg," and the photos are shamelessly touchy-feely. Whether the sons are indeed lacing up mom's thigh-high boots, combing out her hair, or simply standing on either side of her as she peacocks in a bra and sheer leggings, these shots are as intimate as they come.

Actually, that's not true. Seymour and sons have come under fire for seemingly inappropriate closeness before. Back in 2010, Seymour and Peter were photographed on the beach, looking more like amorous lovers than parent and child. (Let's just say Peter's hand was grazing a boob.) However, Peter called out the internet for all the speculation and other "hateful uninhibited opinions" about the photos, stating that his relationship with his mother "may be different because of [his] sexuality" (Peter is openly gay).

But it's not necessarily the close juxtaposition of bodies that make the Harper's photos seem inappropriate — families cuddle and play with each other's hair all the time. The photoshoot is creepy because it insists on presenting Seymour as an über-sexualized figure (she appears in lingerie in almost every photo), even though the accompanying article focuses more on how she raised her sons to appreciate art and fashion.

A shoot like this just goes to show how few ideas the media has for presenting women in any visual context (Seymour has great legs, so we're obligated to show them off!) and how unwilling they are to deviate from presenting women as objects of intense sexual scrutiny and desire — even when the partners in the photographs aren't lovers, but sons.

More like this
23 Times Meghan Markle Dressed Just Like Princess Diana
By Bustle UK
The $6 Drugstore Beauty Product Taraji P. Henson Uses Every Single Day
By Danielle Sinay
Sarah Jessica Parker Will Change Your Outlook On Aging
By Rachel Lapidos
12 Of Halsey's Makeup Looks That Are True Works Of Art
By Paris Giles
Get Even More From Bustle — Sign Up For The Newsletter