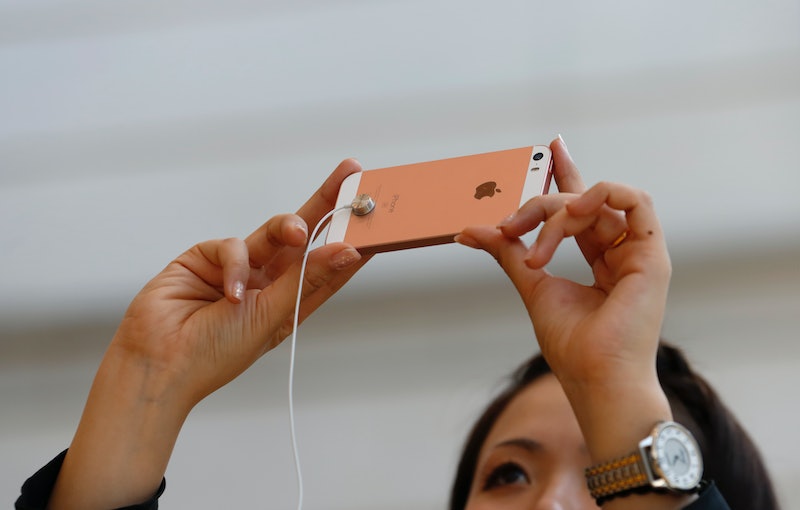 Apple fans are waiting with bated breath for the release of the highly anticipated iPhone 7, and if the rumors circulating around the new device are true, it seems that they won't be disappointed. As with all of Apple's secretive launches, exact details like the iPhone 7's release date and specifications won't be revealed to the general public until later (though that doesn't mean a hacker or two won't try to get that information on their own ahead of time). But with some knowledge at hand, users already have a whole host of features to look forward to.

As far as when the iPhone 7 may be released, tech enthusiasts are predicting a September release date. This would follow along with the trend Apple normally uses with their products — new generation iPhone models spanning back to 2012 were released in the fall of their respective launch years. This nestles into a sweet spot in terms of the market, as people prepare for the holidays and are generally more willing to drop a few extra dollars on a new phone. The countdown will then be on Apple to keep up with what will surely be a heightened demand.

This iPhone is speculated to offer some exciting new features: a dual-lens camera, redesigned antenna system, and a thinner body overall. One step the company is also reportedly looking into is its fan-out packaging technology, which would cut back on space and add a greater range of signal. More importantly, it could cut down on interference from outside wireless communication.

Perhaps the most interesting rumored detail, however, comes in response to a controversy Apple was embroiled in earlier this year, during which the tech company was asked to unlock one of its user's phones for national security purposes. The Federal Bureau of Investigation demanded that the tech giant create a backdoor system through which they could mine data from an iPhone. The iPhone in question belonged to Syed Rizwan Farook, one of the perpetrators in the San Bernardino shooting massacre that left 14 people dead. The FBI thought the information on Farook's locked phone would be helpful in completing the case, and therefore asked Apple to help break into the device.

Apple was unwilling to do so, however, saying that allowing the government the ability to unlock one phone could open up the pathway for a wider scale invasion of user privacy. And with the release of the iPhone 7, it seems Apple may have found a way to better ensure that invasion of privacy won't happen. Apple is reportedly working on building a phone that is "unhackable" even to the tech company itself, and it's possible that the iPhone 7 could fit this bill.

With both anticipation and privacy at stake, Apple has a lot to live up to. Rumors or not, the iPhone 7 could usher in a new way of dealing with technology and privacy.