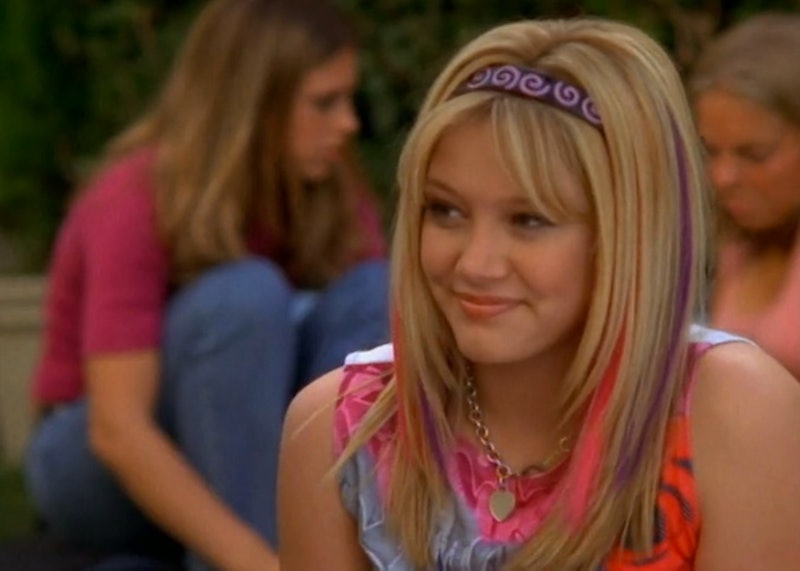 Lizzie McGuire was one of those shows that just got it. It understood what it felt like to be a child of the early '00s, what it was like to feel a little awkward in middle school, and especially what it was like to have a crush that was never quite reciprocated. This show stuck with people for years, many of the stars have spoken about how big of an impact Lizzie McGuire was for them, and it's cool to see it still being talked about even 15 years later. Every episode highlighted the different stages of adolescence, both beautiful and mortifying, but, if we're completely honest, there were some absurd Lizzie McGuire episodes that had you wondering exactly how Lizzie got herself into those kinds of situations. My middle school years were certainly never so interesting.

For example, there was the time Lizzie took a trip to Rome after middle school graduation and fell in love with a much older Italian pop star. Yeah, that was a little intense. But for all of the dramatics, there is still much to be said about the realism of every episode, and how it related so beautifully to life during that age. In case you forgot some of those crazy moments from Lizzie McGuire, here are 13 of the most absurd episodes ever.

Just the fact that the pilot episode of the show convinced a bunch of kids (us) to go for the idea that Lizzie has a little cartoon version of herself and is not insane is pretty miraculous. That may have been the best and most absurd part of this show.

I don't remember Rhythmic Gymnastics ever being a thing — now or ever. Not even this episode could increase the popularity of this sport, but at least they tried. Maybe what they need is to have Elizabeth Banks produce a film about it and, like a capella, it will make a cool comeback.

That one time Kate broke her collar bone, and Lizzie became captain of the cheer-leading squad. I'm almost certain that your position doesn't get taken away from you that fast in real life.

This episode, in which Gordo was obsessed with a board game, was absolutely ridiculous. I mean, video games would have been a way more realistic choice than a simple board game. Duh.

Any episode that features Lizzie's younger brother Matt's friend Lanny is pretty ridiculous in the best way. In this one, Lanny refuses to speak, but, somehow, Matt understands everything he is saying. There is no way a kid could get this far in life by voluntarily choosing not to speak. I'm not buying it.

It's absurd how spot0on this episode was. Lizzie tries to find out what Ethan Craft is interested in so that she can turn herself into his perfect woman, and I don't think there is a girl on earth who didn't try this strategy in middle school. Disclaimer: It never works.

This is the episode where Kate accidentally knocks down the bust of their principal, and Lizzie is forced to confess so spring fling isn't canceled for the whole school. While it was a noble act, I'm more confused by the fact that the school commissioned a bust of the principal to be made, but then didn't bother to secure it. They should have been at fault there.

Thanks to this episode, every girl watching believed that celebrities like Aaron Carter fell in love with fans all the time. Sadly, the unrealistic expectations set by this episode still traumatize me to this day.

In this episode, Matt and Lizzie switched bodies for a day, and he still managed to make her semi-presentable in public. If I ever switched bodies with one of my siblings, I would turn their lives upside down for fun. What else are siblings for? Oh, and the switching bodies thing was pretty absurd, too.

How come when any time a famous person came to visit the show, they had an instant love connection with Lizzie? Enter Frankie Muniz, playing Frankie Muniz. Lizzie never even stood a chance.

Who could forget the food fight to end all food fights? This show is what made food fights seem like a reality, instead of a distant and hopeful memory. I feel bad for anyone who worked in a middle school cafeteria in 2002, because I'm sure this episode inspired some pretty epic food fights for months after.

Miranda throws a house party. Enough said. House parties in middle school were never a thing. No matter how hard this show tried to make it seem like a reality, it simply wasn't. What parent would leave a middle schooler home alone?

Gordo was able to move up a grade to high school, but then missed his friends and decided to stay in middle school. I'm pretty sure that's not at all how it works in the real world. You can't just change grades at your whim. Otherwise I would have graduated high school when I was six, just so I didn't have to go to more school.

I loved this show as much as the next person, but there were a few things that were pretty far fetched. Then again, that's what made it such a relatable show. It dramatized your worst social situations and made you see how you could survive your comparatively smaller problems. Lizzie McGuire will always be iconic, ridiculousness and all.