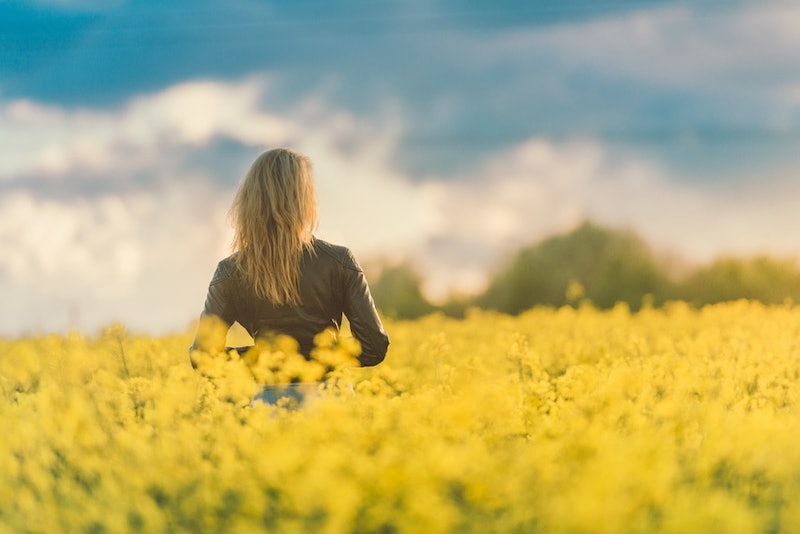 Between a reasonable commute, decent rent, and proximity to people you know, finding the best place to live is hard enough, but this list of cities with the worst allergy problems may just make it just a little bit easier. If you're someone who is prone to any kind of allergies or sensitivity, this is probably a super important thing to take into consideration (and something that many people likely don't!) before you make your next move.

The Asthma and Allergy Foundation of America's annual list of the most challenging places to live with allergies has just been released, ranking them not only on pollen count (pollen grains per cubic meter of air) but also the number of allergy medications each resident takes and how much is prescribed on average.

Interestingly enough, the results are likely not exactly what you'd imagine. At the very top of the list is Jackson, Mississippi (which ranked number one last year, too). Following is Memphis, Tennessee and then Syracuse, New York. The cities definitely seem a bit random, and it's interesting that no major cities made the list (perhaps since there is so much buildup there are fewer natural resources to create pollen).

Though you shouldn't let your allergies dictate your life (and there are ways to manage them better, which we'll get to in a minute), it would be interesting to see if anyone experienced a noticeably major shift in their overall wellbeing or health. Here's the list in its entirety:

There are other ways to minimize your pollen exposure without moving away entirely. For example, try to alter your routine based on the fact that pollen is at its highest between 5 to 10 a.m. Other habits such as wearing a mask while you mow the lawn or keeping the windows shut on particularly breezy days may help as well. Sure, it may stink to have to miss out on some of nature's wonders, but you can't enjoy them while you're suffering from allergies, anyway.

Wherever you are, allergies can be a problem, but they don't have to control your life (or solely influence your decision on where to live!). “It's important to see a health care professional early, before the season hits full force,” allergist Purvi Parikh said in a press release. You need to be “armed with the tools and medicines that provide the most effective symptom relief for you and your family." There are so many options when it comes to prescription and OTC medications, it's just a matter of finding the one that works for you.