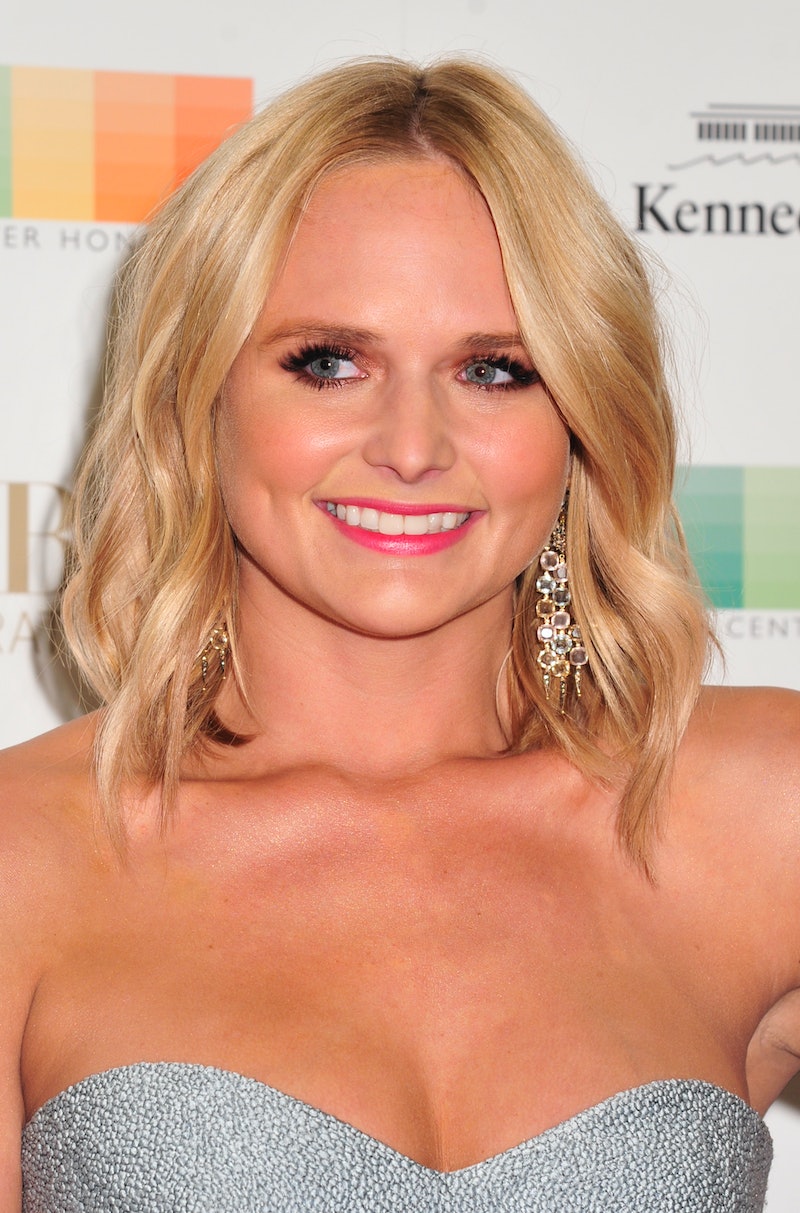 Country fans were stunned and saddened when Miranda Lambert and Blake Shelton announced their divorce last summer, and it didn't take long for tabloids to speculate what went wrong between the pair. But in a short time, both Lambert and Shelton seemed to find love again; she with R&B musician Anderson East and he with The Voice costar Gwen Stefani. Lambert has been much more private than her ex-husband about showing off her new romance, but they do seem to be moving pretty quickly, so the obvious question to ask is: How did Lambert and East meet?

Lambert was married to Shelton for four years, so it's unlikely that she was actively looking for love right after their split, but it seems the country crooner inadvertently found love with East through her other major love: music. In a radio interview with CMT After MidNite affiliate station 92.3 WCOL, East explained that he met Lambert at one of his shows, which makes complete sense. In the interview, East said, "Randomly enough, she came to one of my shows… A friend of hers introduced us." So cool and casual, right?

It's obvious the two have a musical connection, and East said they "love to sit around and sing old country songs together." Swoon!

The two have already shared the stage together, with Lambert joining her beau for a duet of Mariah Carey’s "Always Be My Baby" over Valentine's Day weekend. Of course, Lambert is one of country music's biggest stars, but she's also a huge R&B fan, so here are a few songs I think the couple should tackle next.

"Get Me Bodied" By Beyoncé

Lambert has said she's a huge Bey fan, and this would be the perfect song to let people know she's moved on with her new man and isn't dwelling on the past. B'Day is one of Lambert's favorite albums, so any song would do.

"Rumor Has It" By Adele

I can't be the only one who would die for a Lambert-East cover of this Adele classic. Lambert counts it as one of her favorites, telling Entertainment Weekly in 2011, "I just love how much soul she has. She sings with all of herself, and whenever you listen, it just feels like she’s telling a story and you’re believing every word of it. I like 'Rumor Has It.' I like sassy songs, as you know — it’s got some sex appeal to it, but it’s also just sassy." Yes, please!

"Forget You" By CeeLo Green

East and Lambert would totally kill it in a duet of this kiss-off song, with a nod to her ex's other Voice costar, and it's also one of her favorite songs, so it's almost too fitting. Though she loves the song (who doesn't?!), I doubt Lambert would take the bait... She seems far too classy for such a blatant swipe at Shelton.

Here's hoping these two grace the music world with a real duet soon!