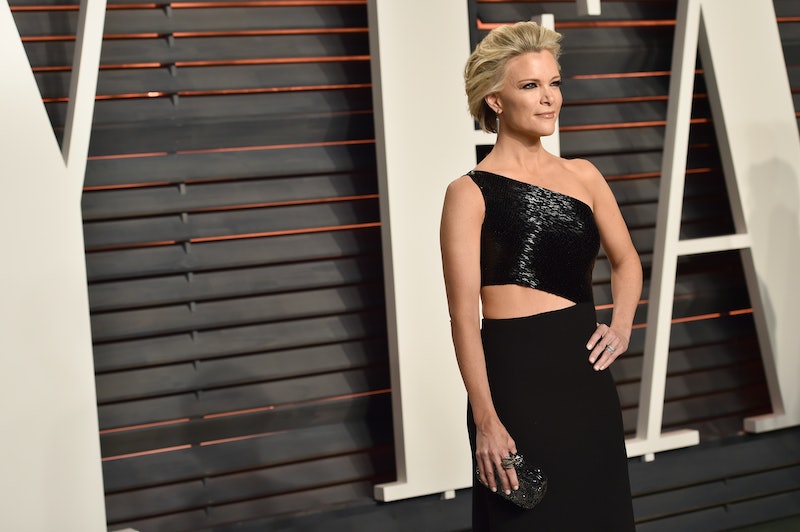 There's been no shortage of vitriolic, personal feuds on the Republican side of this presidential campaign season, thanks to the presence of boorish businessman Donald J. Trump. The guy just seems to spontaneously generate contention, insults, and disharmony, both between himself and the other candidates ― hello Jeb Bush, Rand Paul, and Marco Rubio ― and between himself and the journalists covering the race, too. For instance, take a look at maybe the most infamous example: Looking through his Twitter timeline, you can see the moment Donald Trump started trashing Megyn Kelly, and it says everything about his thin skin, especially insofar as criticism of his misogyny is concerned.

The great thing about tracking Trump's various outbursts or personal squabbles ― in this case, actually an overt instance of online harassment, with subsequent dog-piling by many of his supporters ― is that his bombastic Twitter account usually provides a handy, dated timeline showing what happened when. And sometimes, as in the case of Trump's increasingly unsettling, downright untoward fixation on attacking Kelly, both personally and through antagonistic retweets, the timeline can show you exactly when the antagonism began, and therefore show you exactly what triggered it. So, when did Trump's relationship with Kelly take the big nose dive?

Unsurprisingly, it was immediately after the first Republican presidential debate on Aug. 6, hosted by Fox News. Yes, in case there was any doubt ― it really was Kelly's pointed (yet entirely accurate and professional) questioning of Trump's litany of sexist attacks that caused the mogul to launch all-out social media war. The tweet embedded above makes the contrast that much more stark, too, as just about a year and a week ago, Trump and Kelly were clearly on good enough terms for smiling promo photos.

How quickly things change, especially in the heat of a political race, and especially when personal animus starts to enter into it. What a history search of Trump's Twitter timeline shows pretty clearly is that he almost never tweeted anything even remotely critical of Kelly or her coverage up until ― you guessed it ― that fateful debate. He did inch up to being critical of Kelly before that ...

... But, by and large, he had an often friendly and complimentary attitude towards her, at least as far as social media was concerned. He never once approached the wounded vitriol he unleashed after she held him to account for his history of misogynistic comments, at the very least.

After that first debate, and in particular the exchange shown above, Trump's tenor towards Kelly on Twitter changed altogether. To use a slightly hackneyed comparison, you could call it Trump's Jekyll and Hyde moment. Although it's not as though he's changing back and forth much at this point ― rather, as far as Kelly is concerned, the Hyde side has taken full control.

Needless to say, the damage is now done. Kelly has been on the receiving end of a deluge of harassment from Trump fans on the Internet since his tact turned ugly, up to and including reports of death threats. And it's worth bearing in mind exactly what seemed to cause this shift: Not just any line of questioning, but one specifically about Trump treating other women, well, the way he's treating Kelly now. It's the sort of attack plan that's designed to show everyone else in the media ― women particularly ― just how miserable he can make the online experience for someone.

Hopefully the Trump phenomenon cools off eventually, whether because voters wake up to his staggering unelectability, or because the Republican Party snakes the nomination out from under him at the convention. But one thing's for sure ― these kinds of online harassment mobs don't tend to just vanish overnight, even when the ostensible inciting incident is over and done with.

More like this
Police Shove 'Full House' Star Jodie Sweetin At An Abortion Rights Protest
By Radhika Menon
YouTuber Runs Into Margaret Sanger’s Grandson While Filming
By Alexis Morillo
5 Ways To Stand In Solidarity With Women In America From The UK
By Sophie McEvoy
How To Fight For Reproductive Rights, Based On How Much Time You Have
By Courtney Young
Get Even More From Bustle — Sign Up For The Newsletter