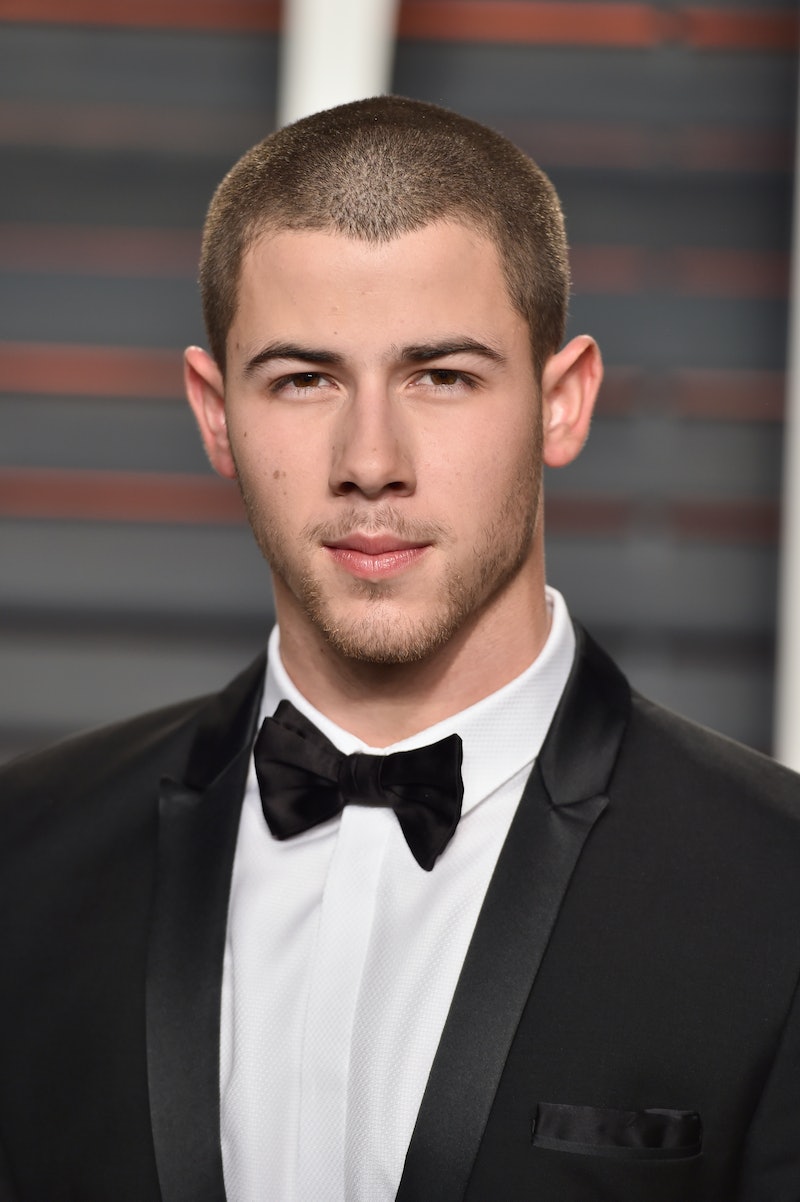 It's been years since Nick Jonas was a curly-haired, purity ring-wearing teen in a pop band. The Nick Jonas we know today is one with undeniably sexy slow jams and a six-pack that will have you drooling for days. This Nick Jonas is an "adult in all ways," as he so eloquently phrased the fact that the purity ring is off and he is no longer a virgin. Jonas has discussed his sex life and that purity ring before, but in a recent Reddit AMA, Jonas opened up more than ever about that time in his life — including why he wore the ring, and what he learned about himself while wearing it (and taking it off).

Responding to a Redditor who asked him about his reasons for wearing — and then disbanding — the ring, Jonas was candid and thoughtful in his response, taking the time to be thorough in his explanation:

I'd like to start by saying this: I came from an incredibly religious home, growing up my dad was a pastor, and much like The First Family or people in front of the public eye, we were highly scrutinized as a family within the church and looked at as, well I guess you would call an example of what that family image should be. So long before our career started in music, that was what we were dealing with. There was a person in the church who at one point demanded that all the kids in the youth group put these purity rings on and make this commitment, so without a full understanding of what we were stepping into, we all made this commitment.

Without saying as much, it's clear that the pressure weighed heavy on Jonas' shoulders: Pressure to be held up as an example as the pastor's son, and pressure to wear the ring, even though he and his peers, by the singer's recollection, couldn't fully grasp what the whole thing meant. But as he grew up, Jonas explained, his views grew and evolved and he reached a point where he knew that no longer wearing the ring and choosing to have sex were the right decisions for him:

But as you do, you grow up, you live life, you gain some world perspective and you develop your own views and opinions as it relates to faith, as it relates to sex, and everything that falls under the bounds of what your parents teach you and what comes from religion and you get to make your own choices. So I started making my own choices, fell in love with somebody, made the choice to have sex with them, and from that point on it was about me being a man and being okay with my choices. And then it related to my art and people's view of me and the public eye.

But I think when I'm looking back on it, although it was challenging to live with that, to be seen and have that attached to our name was very tough. I think it was a good thing. It gave me a really good perspective to where as now my main thing is about being okay with who I am as a man and the choices I've made, and I think everyone should have a good and solid conversation with either their parents or loved ones about sex and about what they want to do with their life, because it shouldn't be taboo. It's a big part of who we are and what makes us human, and if we can't address these things head on, then I think that it can really be challenging.

While Jonas has spoken out before how "uncomfortable" it was for there to be such a media focus on his sex life at the age of 15 (and looking back, that is completely inappropriate AF), for him, it later allowed him to be so open and comfortable about his love life and the choices he chose to make — and that's a good thing. Not that I would ever condone people creepily asking about a teen's sex life or even wearing a purity ring, for Jonas, it's all a part of his story and he acknowledges that it made him the person who he is today. And his advocacy for talking and being so open about sex is extremely positive — by breaking down that taboo, young people all over the world will feel more comfortable in making the right choices for themselves, asking for what they want, and protecting themselves (both physically and emotionally).

So shout-out for that incredibly thorough and thoughtful response, Nick Jonas. Praise hands emojis for sure.